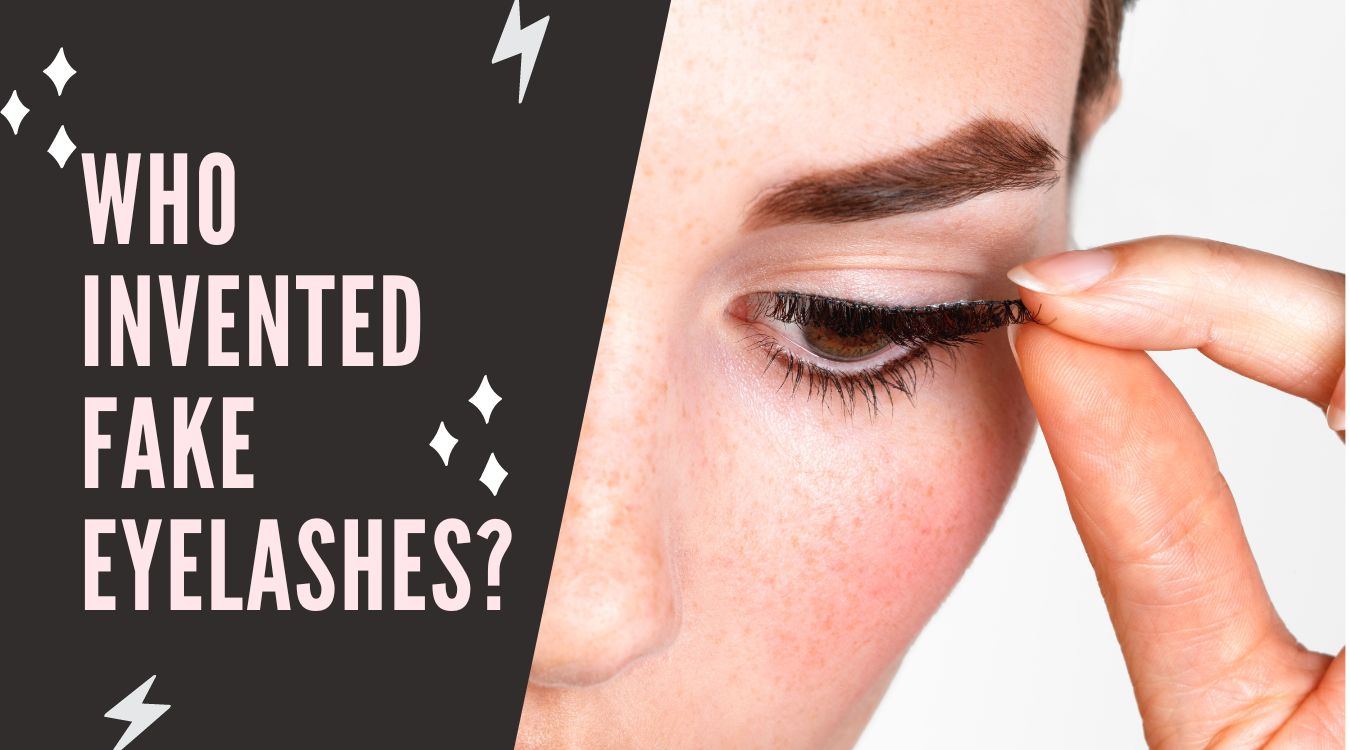 False eyelashes originated from Ancient Rome, and the history is going to take you by surprise. So lets dive into who invented fake eyelashes.

Apparently, a Roman author noticed that the eyelashes of women tend to fall out due to excessive sex, and thus if they want to prove that they are virgins (or have less intercourse), they should have long, thick lashes.

Long lashes have always been in style

Long lashes have historically been considered fashionable for most of history. It may be because eyelashes naturally tend to become shorter and sparser as we age. It was considered essential for women to have long lashes to prove their chastity, according to Pliny the Elder in Ancient Rome. However, he was wrong about everything, so Roman women continued to line their eyes, much like we do today.

Despite the fact that eyeliner makes your eyes appear bigger, it does not do as well as tricking people into thinking you have long, beautiful eyelashes. It is likely that this is why, in the late 19th century, when long and curling lashes were once again in vogue, some pretty bizarre treatments began to be offered. One of them was an operation involving hair transplantation from your head to your eyelids described in the Dundee Courier in 1899.

In this treatment for false eyelashes, ordinary fine needles were threaded with long hairs, which are usually taken from the head of the person undergoing surgery. It was then necessary to thoroughly clean the lower border of the eyelid, which was rubbed with a solution of cocaine in order to make the process as painless as possible. The operator then ran the needle through the upper and lower edges of the eyelid at the borders of the epidermis and tragus cartilage. Through the needle, the hair thread passed in and out of loops of graduated lengths along the edge of the lid.

From the late 19th century forward, long lashes were popular as a fashion accessory. In the early 20th century, a hairdresser in New York named Karl Nessler began selling fake eyelashes as an effective way to combat glare of electric lights.

In 1911, Anna Taylor patented an invention that had been present in some form for decades. She introduced a crescent shaped strip with tiny hairs, that could be applied to the eyes using glue. It wasn’t until 1916 that false eyelashes became a common beauty product, when D.W. Griffith wanted Seena Owen to have “eyelashes brushing against her cheeks” in his film Intolerance. Griffith had his wigmaker apply spirit gum to make the false eyelashes on Ms. Owen. Let’s not forget the fact that even though fasle eyelash made Owen looked beautiful, she came on the set next day with her eyes swollen nearly shut.

During the 1920s, artificial eyelash worn by a variety of actresses. They could be found at Charles Nestle’s hair perming salon for women of all types.

However, it was celebrities who popularized false lashes throughout the 20th century – largely due to the striking lashes of Seena Owen in the 1916 Hollywood film, Intolerance. With this, the long lash became a mainstream fashion accessory that was easier to apply, embellish, and stylized.

The glamor of Marilyn Monroe and Rita Hayworth’s long lashes was in vogue in the fifties, while Twiggy went big and bold in the 60s. Twiggy often wore stick-on fake lashes like ancient Roman women.

There was a massive resurgence of false lashes in the nineties when Cindy Crawford and Pamela Anderson adopted the retro 1950s style.

Anna Taylor, a Canadian, was the first to receive a patent for false eyelashes in 1911 when she patented her glue-on design for a crescent-shaped piece of fabric with very fine hairs attached to it.

However, fake eyelashes had been around for a long time – human hairs were threaded into people’s eyelids with needles in the 1890s. Even though the only recorded pain relief was a cocaine eyelid rub, this fashion procedure was surprisingly popular

During the 1950s, glue-on false lashes began to use plastic hairs rather than human hair, which helped fake lashes become even more popular. An internet meme from January 2021 claimed a prostitute named Gerda Puridle invented long eyelashes, but this isn’t true.

Alice Regnault was in fact the woman in the meme.

Why do eyelashes exist?

How long do fake eyelashes last?

Lash extensions can last up to six weeks with proper care.

Taking lash extensions out is expensive (a basic set goes for $105 at Envious Lashes) and takes some time-anywhere from one to two hours, depending on the desired volume.

Are fake eyelashes made from animals?

There is a possibility that mink fur is used to make eyelash extensions – and yes, it most likely comes from animals kept in squalid, filthy fur farms which are used in the fashion industry.

What are false eyelashes made of?

Artificial eyelashes are made of plastic fibers called PBT, or Polybutylene Terephthalate. Polymer fibers that are heated and molded into desired lash shapes are used for these fibers. Because of the stiffer band, these lashes tend to be thicker than standard eyelashes and feel heavier on the eyes. However, the first ever lashes were made out of human hair, because the creators wanted natural eyelashes.

Are all eyelashes black?

While they may differ from the color of the hair, they are usually darker on people with dark hair and lighter on people with light hair. Due to the fact that eyelash hair is not androgenic, puberty does not affect it.

Do fake eyelashes mess up your real ones?

It is true that fake lashes can harm your real lashes. The maintenance of lash extensions is intense, and the cost is high. The treatment could be to blame if you notice that your natural lashes are becoming thinner and sparser as your lash extensions fall out.

This is a wrap. You now know the history of false eyelashes in detail. We have to say – curling eyelashes are our absolute favorite!

We hope that this article helped answer all your questions related to artificial eyelashes and eyelash extensions. However, if you have more information that you think might benefit the readers of this article, feel free to share it in the comment section below!

Who Invented The MRI?