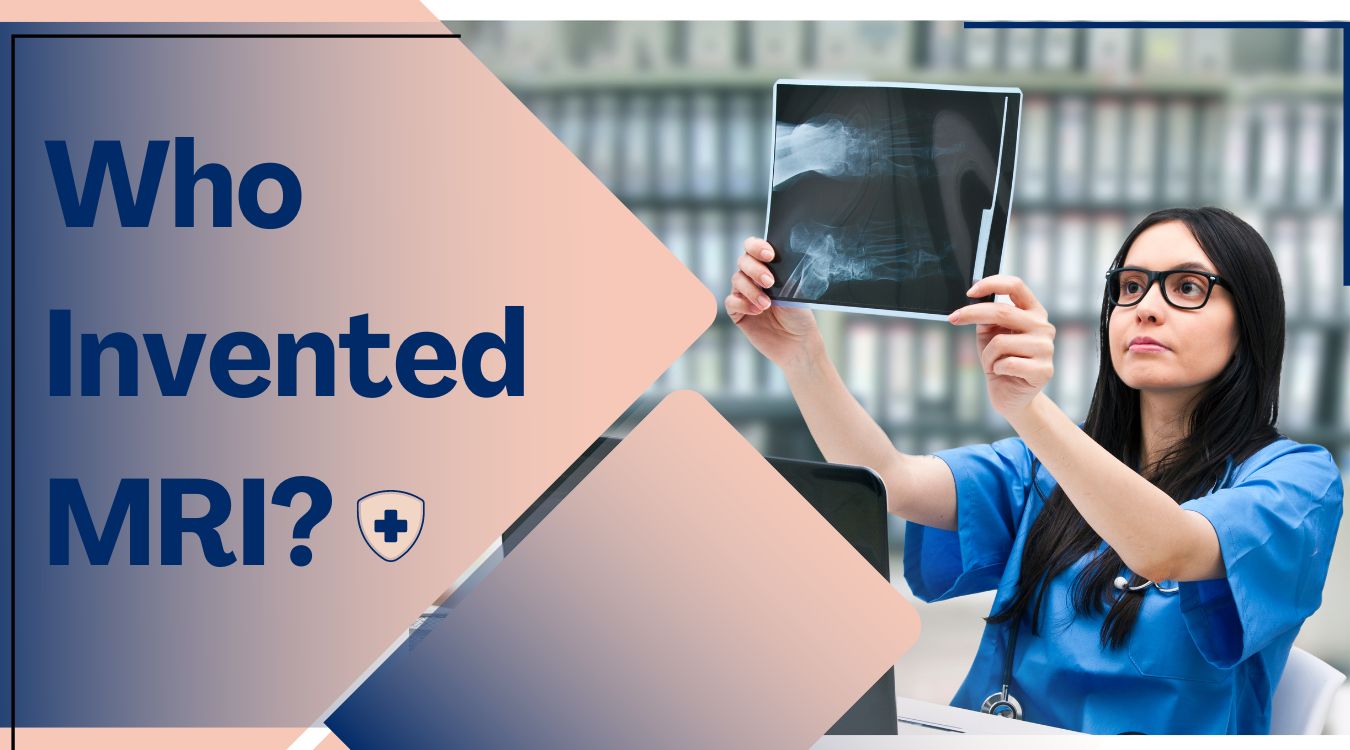 Who invented the MRI? MRI stands for Magnetic Resonance Imaging. It is a method to take detailed images of everything happening inside of the body by using powerful magnets, radio waves, and a computer.

This test can be used by your doctor for diagnosis as well as to determine how well you are responding to treatment. In this guide, we will walk you through everything you need to know about the invention and history of MRI. Let’s get right into it!

Contrary to X-rays and computed tomography (CT) scans, Magnetic Resonance Technology scans do not involve any ionizing radiation, which can be damaging to the human body. MRI relies on a concept found in physics in the 1930s called nuclear magnetic resonance. In this, a magnetic field produces and emits radio signals. A team of researchers at Stanford University and Harvard University – Felix Bloch and Edward Purcell – discovered NMR. The NMR spectroscopy was then used to examine the chemical composition of molecules.

Magnetic resonance imaging (MRI) is one of the biggest breakthroughs in medicine since it can image the internal organs and function of the body without using X-rays. Developing the system, two scientists won the Nobel Prize in 2003: Paul Lauterbur from NYU and Peter Mansfield from Nottingham University.

However, after the prize was announced, a full-page advertisement appeared in The New York Times claiming Raymond Damadian, a New York doctor, was the actual inventor.

As we mentioned earlier, MRI is based on the principle of NMR. It is believed that Damadian, alongside a medical doctor was the first person to consider that NMR signals might prove to be helpful in detecting cancer in patients since cancerous tissues emit long-lasting signals. Nuclear magnetic resonance (NMR) uses electromagnetic fields to control hydrogen nuclei within our bodies, which are then stimulated into emitting radio waves.

Damadian received a patent for this use of NMR in the early 1970s. He was also awarded the National Medal of Technology in 1988 and was inducted into the National Inventors Hall of Fame in 1989 for his contributions to developing technology for diagnostic imaging. However, Raymond Damadian was not the only person working on this technology. Several other scientists were also working on trying to develop clear images from the signals around the same time. Mansfield and Lauterbur are widely regarded as having accomplished the most in resolving the extremely difficult technical issues involved in making MRI what it is today.

Brain tumors are typically investigated first by MRI, as it provides clearer images than cognitive tomography (CT) and can examine portions of the brain that are difficult to reach. MRI can distinguish clearly grey and white matter areas of the brain, making it ideal for many other conditions such as multiple sclerosis, stroke, Alzheimer’s disease, and epilepsy.

MRI technology is one of the most accurate methods of detecting disease throughout the body and are most often used when other tests do not provide adequate information to verify a patient’s diagnosis. It can detect bleeding and swelling in the brain as well as tumors or inflammation in the spine.

Medical professionals can receive detailed information about the structures of the joints, soft tissue, and bones of the body, as well as information about glands and organs within the abdomen. A doctor can often defer surgery or better direct treatment after an MRI scan.

How does an MRI scan work?

Here is what is happening inside your body when you are in an MRI scanner:

How is the procedure performed?

You will be positioned on a moveable exam table by the technologist. To keep you from moving or changing positions, straps and bolsters may be used. A technician may place devices with coils that can transmit and receive radio waves around or next to the area of the body being examined. Your technologist will monitor you from outside the room and you will be able to communicate with them via intercom.

During an exam that requires a contrast material, you will have an IV line inserted into the vein in your hand or arm by a doctor, nurse, or technologist. You will then receive the contrast material through the IV.

If more images are needed, the radiologist may ask you to wait until the technologist has checked the images.

Once the exam is complete, the technologist will remove your IV line and cover the insertion site with a small dressing. As a result of the type of examination and the equipment used, the entire test usually takes between 30 and 50 minutes.

What are the possible side-effects of an MRI scan?

A full body scan of a human being using the MRI technology does not cause pain and is considered safe. CT scans (which use X-rays) and X-ray images are not associated with MRI scans, since MRI scans do not use X-rays.

Sometimes, people react to the contrast dye that is used.

MRI scans are usually not advised for pregnant women unless they are urgently needed. Even though the scan is thought to be safe, it is unknown whether strong magnetic fields will affect a developing baby in the long run.

Now you know that it was Raymond Damadian who came up with the MRI but Paul C Lauterbur and Peter Mansfield were the two scientists who proceeded with the idea and invented it.