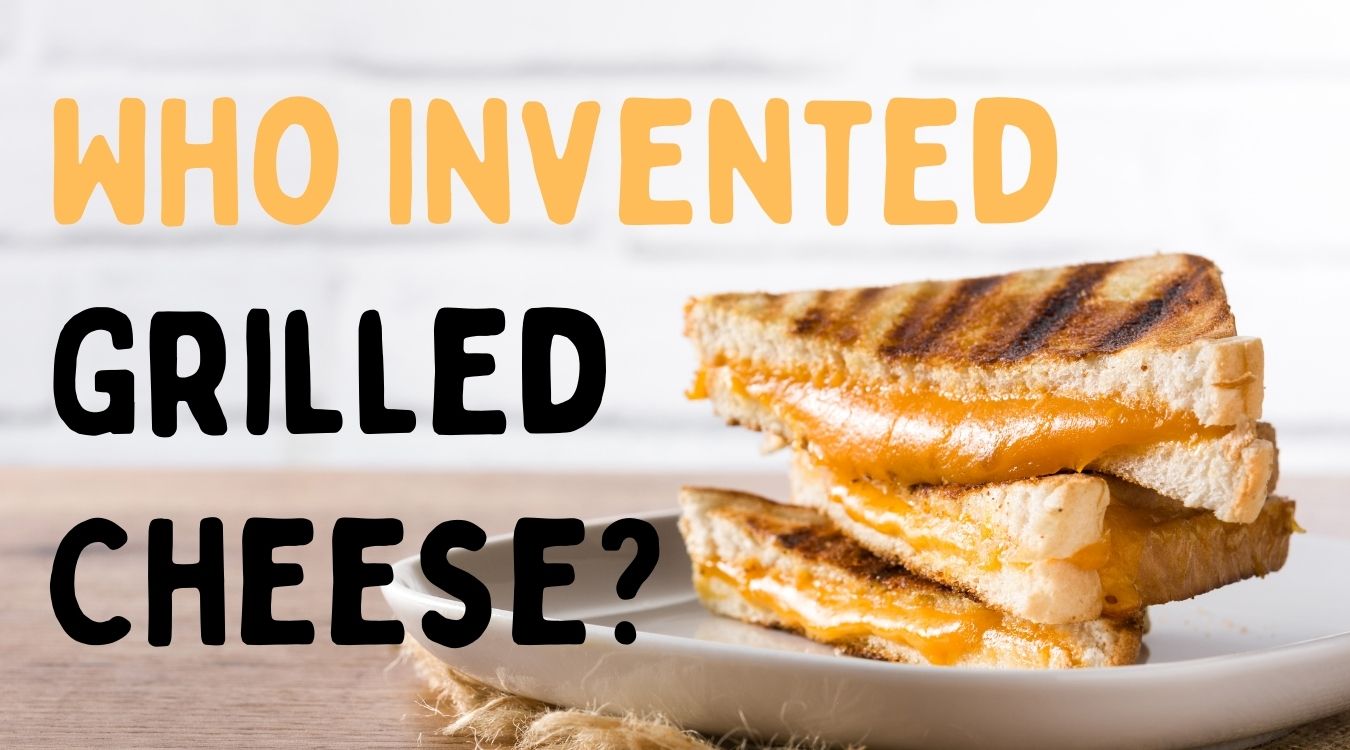 Ever wondered who invented grilled cheese? It all begins with cheese melted between two slices of bread and before you know it, you are in literal heaven.

Cooking bread and cheese on a grill has been around since ancient times. The Romans combined bread and cheese during dinner. American society adopted grilled cheese sandwiches as an everyday item in the early 1900s.

As early as 1902, this sandwich was mentioned in Mrs Rorer’s New Cookbook written by Sarah Tyson Rorer. Several cookbooks throughout the 1950s featured melted cheese sandwich recipes. In 1933, Otto Friedrich Rohwedder created a machine for slicing bread, and bakeries began to produce and sell slices rather than unsliced bread.

Then around 1916, James L. Kraft patented processed cheese. Kraft Foods introduced shelf-stable cheese slices in 1949. Because it didn’t congeal when melted (like cheddar), it became an ideal cheese for “toasted cheese” and “melted cheese” sandwiches. The sandwich was called a grilled cheese by the 1960s.

Originally, the sandwich consisted of a grilled piece of bread and grated cheese. However now, people get creative with the cheese blends (thank you, Instagram) and like to experiment with a variety of other items like bacon and tomatoes. What has not changed is that the sandwich remains a favorite comfort food even in 2022! The history of grilled cheese my not be 100% clear, but its clear we still love it, even today!

Why Do People Love Grilled Cheese?

What exactly makes grilled cheese sandwiches so freakin good? Is it just the taste? Or is there anything else to like about it too? Read below.

It Will Always Be There For You

It’s really a soul saver all year round. Grilled cheese goes with almost everything like peaches and cream, and your mood will be one million percent better. Whether you’re having a bad day at work, going through a breakup, or arguing with your boss, grilled bread and melted cheese will fix it all.

It is Easy to Make

The ingredients are always at hand- cheese, butter or margarine, bread, and heat. A ten-year-old can make it with a toaster, on the stove, in a pan, in an oven, in a microwave, on a grill, in a panini press, inside, outdoors, all the time!

It is Easy Going

You can carry it in one hand. Cheese holds it together when we eat it, so it doesn’t break apart when we eat it. Furthermore, it does not spill bits of lettuce, tomatoes, or meat everywhere, and arrives in foil, so opening it is almost like opening a present, and we can also eat it without getting greasy fingers. Additionally, it is filling without being overly so.

There Are a Lot of Ways to Make it Better

Sandwiches could be topped with avocado, tomato pesto, banana peppers, or even just potato chips. Any extra ingredient will only enhance the taste of grilled cheese sandwiches, without taking anything away from their deliciousness. We love ours with a warm bowl of tomato soup!

How Can You Make Your Grilled Cheese Sandwich More Healthy?

To make your sandwiches healthier, try substituting whole grain bread for your sandwich. White bread is commonly used to create grilled cheese sandwiches, but it lacks fiber and is not particularly flavorful.

By eating whole-grain bread, you get extra nutrients from the bran, endosperm, and germ of the wheat. Seeds, such as flax seeds and sunflower seeds, can also be found in multigrain bread. In addition to giving a nuttier flavor and a heartier texture, whole grains and seeds also add fiber.

Moreover, even though a pan slathered with butter or bread slathered with mayo is a common way to prepare grilled cheese, it is important to remember that butter and mayo increase calorie intake as well as saturated fat.

Instead of butter, use avocado oil or olive oil in your pans to lower your saturated fat intake. Your grilled cheese will also taste rich and distinct if you use flavors such as Gruyère, sharp cheddar, Gouda, or Havarti. Additionally, your cheese consumption may decrease since the taste of these cheeses is stronger than that of American cheese.

Lastly, try not to go overboard with cheese. If you use less cheese, your sandwich will be lower in calories, but the flavor and cheesy goodness will still be there.

We hope that this guide proved to be informative to you and answered all your cheesy questions (pun definitely intended). If you have more information about this toasted sandwich that you think can benefit the readers, feel free to let us know and remember to check out our full database of food inventions.