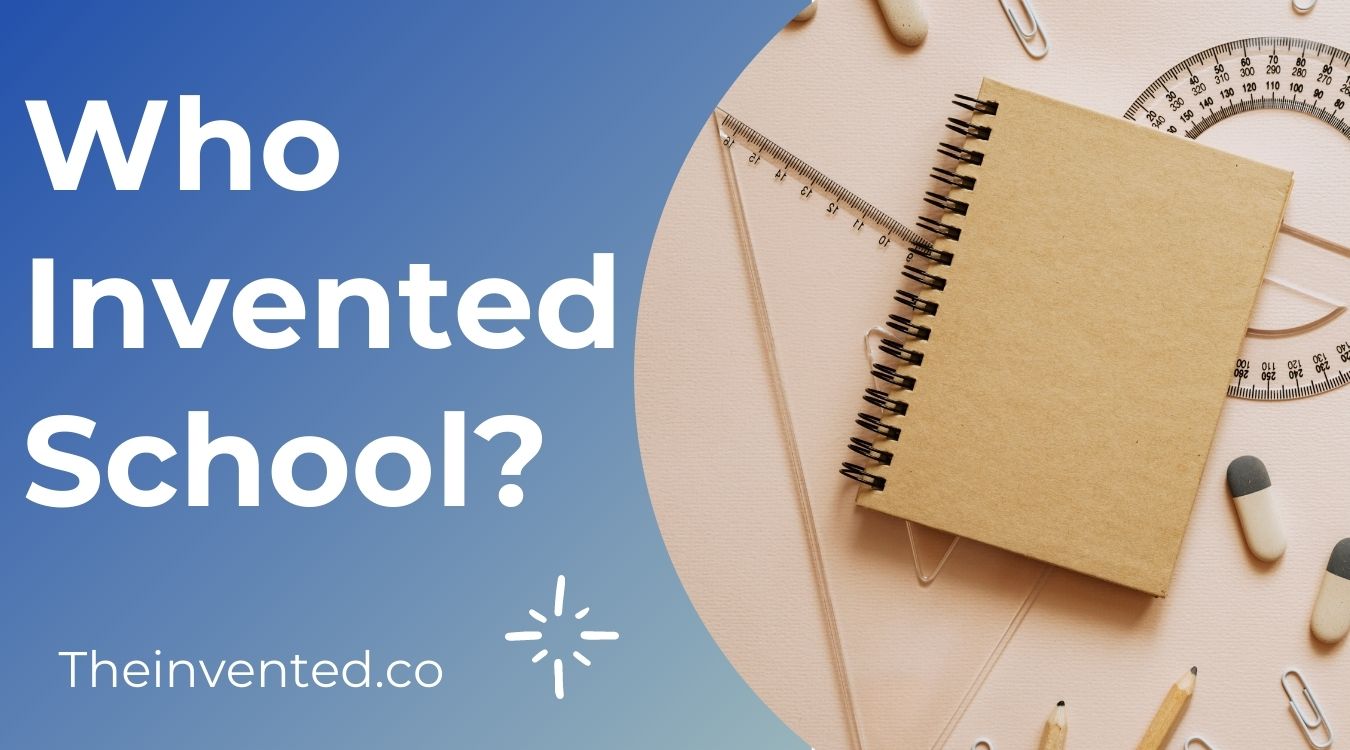 Ever wondered who invented school?

The idea of school was invented by Horace Mann. He was born in 1796 and later became the Massachusetts Secretary of Education. He pioneered educational reforms in the state. To impart education in an organized way, he believed public schools with a curriculum were crucial. Additionally, he stressed that education should aim to instil character and civic virtue rather than advancing society.

The Mann method of education quickly gained popularity and was widely adopted by other states. Nevertheless, students’ elementary education was not required until 1918.

Horace Mann believed that the public should maintain and control education. Children should also be provided with the same education, regardless of their classes.

There is indirect evidence for schools to teach students in China dating back at least 3,000 years, but there is very little information about what these schools were like. However, some people argue that schooling originated from ancient Greece instead of China.

There was also a schooling system developed by Hindus, gurukuls. A primary education system was developed by the Byzantine Empire in Rome in 425 AD to educate soldiers enrolled in the Byzantine army so that none of those in the army faced difficulties communicating or understanding war manuals. Around that time, the world started developing different modes of education – some better than others.

Early in the Middle Ages, the church was involved heavily in public education in Western Europe (and especially in England). It dates from 597 when The King’s School in Canterbury was established (and continues to operate). Many other schools are still operating today that were founded during the 6th century – but you could argue that they were not true schools as they only admitted boys.

Moreover, the above-mentioned institutes tended to focus more on teaching religious doctrines, language, and lower-level skills than the modern schools. People even used to operate in single rooms with no set curriculum and standards until humanity progressed ahead and people realized that they needed an organized system to educate the next generation.

Over the past ten centuries, schools have largely maintained the same general profile, focusing mainly on specialized skills and religious training. The first university was established in Fez, Morocco, during the 9th century. Nevertheless, it too was founded as a mosque that focused primarily on religious instruction. In Italy, the University of Bologna was founded in 1088, making it the oldest continuously operating university in the world. During this period, it hired scholars from the city’s established educational facilities and held lectures in informal schools known as scholae.

Nevertheless, the university isn’t always the same as a school – it wasn’t a system of public education for everyone, but rather an educational institution for a few elite students. The modern school system we know today would not exist without the fast-forwarding of a few more centuries.

Why Are Schools Important?

Of course, schools provide formal education but how else do they contribute? Why exactly is studying in formal schools better than studying the same curriculum at home? Read below.

The modern schooling system is a safe space for students. They get to spend their time while being both monitored and mentored which shapes their personalities. Young people out in the streets without access to schools can be an easy target for criminals offering quick money and a sense of belonging.

Teachers provide not only education for children, but they also watch over them. By working closely with the children, professionals can recognize signs of abuse, neglect, and exploitation. Cases of child abuse are more likely to go unreported without an eye or ear in the classroom.

In addition to providing a break from caring for mum and dad, schools (especially middle school) offer support for young kids. Professional teachers can offer them better advice and recommend support programs. When young children do not have these professionals to talk to, they struggle more alone. Moreover, students get to interact with individuals of their age receiving the same schooling education, which develops a great educational and mental bond.

When the first Covid wave hit and the schools were closed, students initially were quite happy (a well-deserved break, of course). However, they soon started missing their friends and the overall experience schools provided. School closures meant staying indoors, learning online, and socializing online. The children were given a lot less autonomy and had less opportunity to play, which is critical to well-being.

If you’re home right now and struggling for something to do check out The Invented Co’s List of cool Inventions.

Fun Facts About Schools Around the World

You may hate school and it might seem like living seven crappy hours of your life 5 days a week. However, it is essential for our educational and mental well-being. Let’s hope we can someday turn the world into a 100% free education system. We hope that the information mentioned above answered all your questions. We also have a guide on who invented exams – do check it out!