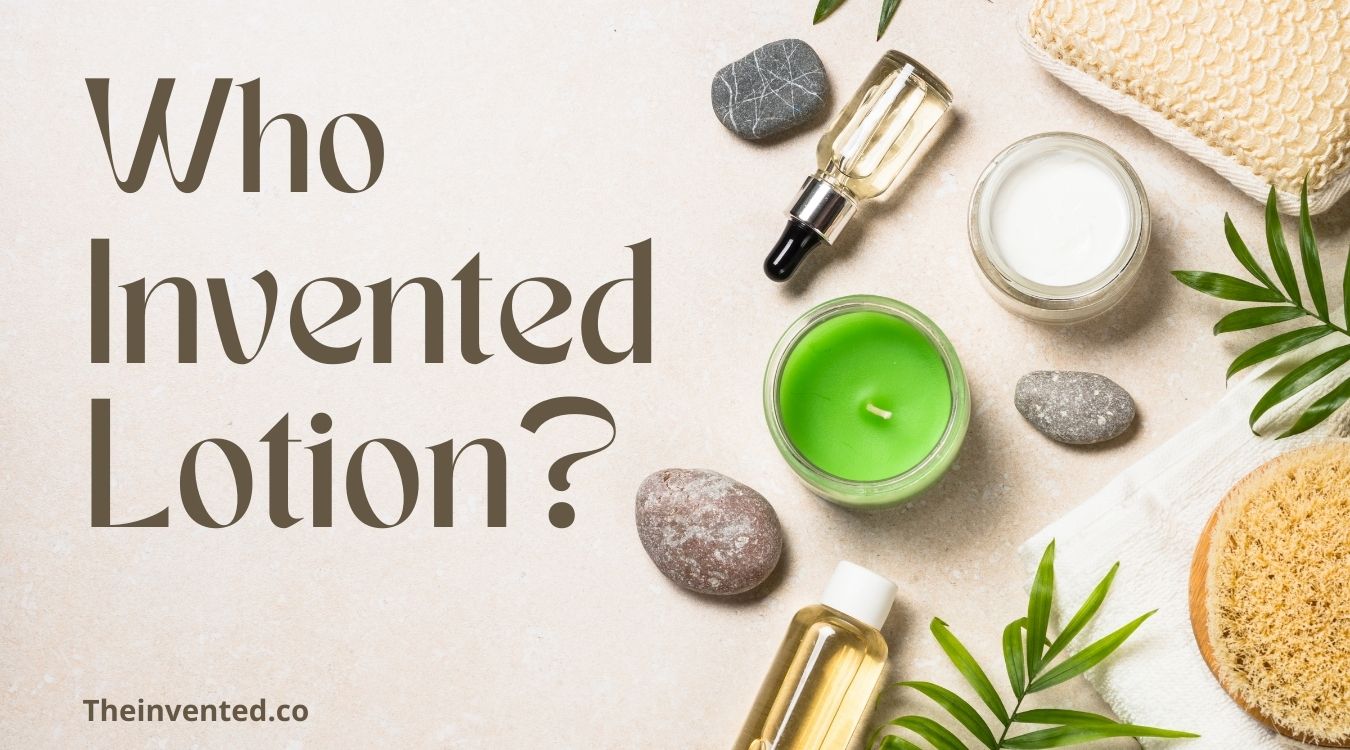 Ever wondered who invented lotion? Lotions can be traced to the Ancient Sumerians and Ancient Egyptians as far back as 3000 B.C. Naturally, a large number of those products were made from natural ingredients, such as animal fats and oils. While the Sumerians used crushed plants and tree oils, the Egyptians made use of castor oil, herbs, milk, and honey.

People living in harsh climates, who were exposed to extreme heat and wind, needed skincare and skin protection. They understood what their skin needed.

Legend has it that one of the earliest known skin lotion bottles belonged to the Egyptian Queen Hatshepsut, whose skin was rumored to have been afflicted by skin ailments such as eczema and psoriasis. It contained traces of benzopyrene, rose oil, nutmeg oil, palm oil, and fats. It is believed, however, that benzopyrene, which is a carcinogen, contributed to the Queen’s death through her skincare routine.

In Ancient Greece, olive oil, beeswax, mashed potatoes and milk were used to moisturize the skin. The Greeks used what they considered the best face moisturizer at the time to soothe their skin at night, blending bread with milk and patting it onto their faces as an anti-aging night cream.

Some moisturizers included juice of crushed berries, making this the first face moisturizer with antioxidants to fight free radicals, though perhaps they simply liked the rosy tint it left on their skin at the time.

Additionally, the Romans used a variety of moisturizers. Excavations from a Roman ruin in 2003 unearthed an intact small pot of what must have been a wealthy Roman woman’s favorite face moisturizer. A fingerprint could still be seen on the mixture inside when the lid was opened. Researchers then recreated the facial moisturizer and found that it was a combination of animal fat, ground tin, and plant starch.

In re-creating the recipe, they found the tin added a slight tint and the fat moisturized. As a result, the skin was left with a powdery residue that made it feel soft. Various cultures have infused lotions and salves with herbs and fragrances to make them smell pleasant and add tinting powers.

In the late 19th century, Dr Fleet invented lotion using the three most basic ingredients; mineral oil, lanolin, and jelly. This was the beginning of commercially manufactured lotions.

How Is Lotion Manufactured?

Body lotions are skin creams packaged in bottles. Brands such as Vaseline have produced lotions for decades. These lotions combine a variety of carefully chosen ingredients designed to tone your skin.

In general, it is mostly made up of stearic acid, a natural wax naturally found in palm oil. Skin cream is composed of a blend of stearic acid and lanolin. Isopropyl myristate eases the stearic acid’s effects.

Glycerin is gently heated with gradual additions of purified water by factory personnel. This mixture is heated until it just exceeds the boiling point of water. Then, an aromatic fragrance is added. Then, both the mixtures are combined together in a tank.

Following this, the two mixtures are cooled. They become creamy and white, similar to body lotions today. Upon heating, the mixing tank pumps the mixture into the supply tank.

This is when the supply tank fills the containers. Next, the product label is applied. Rub the cream on your skin and you’ll get a one-two punch. Your skin gets moistened by glycerin, which is hygroscopic. Lanolin smoothes the skin and creates a barrier that keeps moisture in. You’ll find these ingredients in both body and hand lotions today.

Why Should You Use Lotion?

Moisturizing prevents skin problems. Keeping your skin balanced is easy with the right moisturizer. Your skin is more likely to develop acne if it is too dry or too oily. When it comes to oily skin, you should opt for lotions instead of creams, and look for moisturizers with exfoliating ingredients. Creams are better for dry skin because they tend to have higher oil content.

Another benefit of moisturizing is that it reduces the appearance of blemishes. The skin that has been moisturized recently has a healthy glow, which can reduce blemishes already present on the skin. Several moisturizers contain tints or self-tanners that can be used regardless of skin tone.

Keeping your skin moisturized keeps it young. Unlike any other area on your body, the most delicate parts of your skin – your face, ears, neck, and chest – change themselves more frequently than any other. As a result of this daily skin cell loss, these areas are vulnerable to dryness and the elements – in fact, they are most prone to skin cancer. You can moisturize your sensitive skin to help keep it healthy and repair itself.

Moisturizing combats wrinkles. After moisturizing, your face will feel plump and firm. British Journal of Dermatology reports that dry skin is less likely to accumulate wrinkles than people with moisturizing skin.

When was the first lotion made?

What did they use before lotion?

Natural oils were used by many ancient civilizations to keep themselves moisturized. It is true that skin secretions can prevent skin from peeling, but when humidity levels are really low, they may supplement their moisture levels with oil-based material.

The daily application of a good body lotion keeps your skin’s moisture barrier intact, rejuvenates skin cells, and prevents environmental damage. An excessive amount of moisturizer can leave your face feeling oily and potentially cause breakouts. Additionally, they have also used a medicine delivery system.

Who was the first person to make skincare cream?

Now you know everything about the invention of the first body lotion!

We hope that this guide proved to be informative to you and answered all your moisturizer-related questions. If you have more information about lotions and their history that you think can benefit the readers, feel free to let us know.

Who Invented The Flying Shuttle?