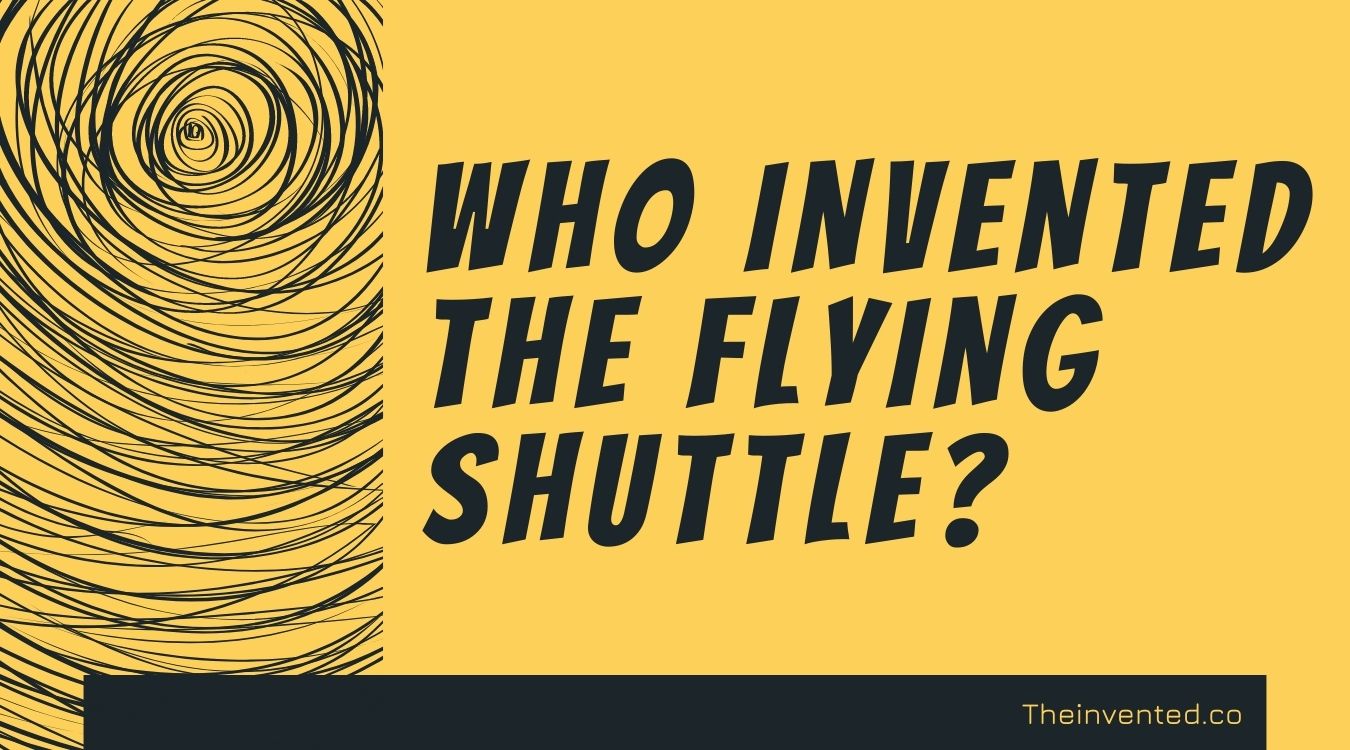 Ever wondered who invented the flying shuttle? In world history, the Industrial Revolution was one of the most significant events and shaped modern society profoundly.  In the 1700s, it was first popular in Britain, then spread to Europe and North America.  In the past, most production relied on groundwater, wind, or human power.

A new method of production emerged in Great Britain by the mid-1700s, however, as new technologies were being developed across Europe.  During this period, factories were created in centralized locations such as industrial towns and cities. This transition led to the factory system.

Throughout the 19th century, there were many inventions created by renowned inventors during this period of innovation.  An important feature of the Industrial Revolution was the development of new inventions that allowed for more automation with machines.  The Flying shuttle, spinning jennys, power looms, water frames, cotton gins, steam engines, telephones, light bulbs, automobiles, assembly lines, and interchangeable parts were major inventions of the Industrial Revolution.

But who was the mastermind behind the flying shuttle that changed the weaving industry once and for all? Let’s find out!

Origin – Who Invented The Flying Shuttle?

The flying shuttle was developed by John Kay in 1733 as a way to upgrade weaving looms and to contribute to the Industrial Revolution. It allowed the shuttle carrying the weft to pass quickly through the threads, improving the overall time that was being consumed doing the same earlier, this changed the textile industry and weaving process forever. Surprisingly, Kay always referred to his invention as the ‘wheeled shuttle’ (since it was developed for the broad loom) but others named it as the ‘fly shuttle’ which later transformed into ‘flying’. This was because the speed of the flying shuttle when worked used in a narrow loom was incredible.

John Kay was born in Walmersley in Lancashire on June 17, 1704. Since John’s father, Robert, died before he was born, his mother had to educate him until she remarried she subsequently remarried.

John Kay became the manager of the mill his father owned when he was young. Through his experience as a machinist and engineer, he made numerous improvements to the equipment in the mill. Aside from apprentice training with a hand-loom reed maker, he also developed a metal substitute for natural reeds that gained widespread popularity in England. After a lengthy period of travel, Kay made, fitted, and sold his wire reeds all over the country. He returned to Bury and, in June 1725, married a woman from Bury.

After John Kay invented the flying shuttle, weavers were able to work faster on the loom. Originally, the tool contained a bobbin for winding weft (crosswise) yarn. Warping (the yarns that run lengthwise in a loom) was typically done by hand. Large looms required a second weaver to throw the shuttle.

On the other, operating John Kay’s flying shuttle with a lever required only one operator. The shuttle greatly accelerated weaving and was able to accomplish the task of two people in much less time. Moreover, Kay formed partnerships in the same year to begin fly shuttle manufacturing.

However, these innovations had some unintended consequences. A bunch of angry textile workers attacked Kay’s home in 1753 because they thought his inventions might take their jobs. They even requested the King to stop Kay’s inventions. Due to this, John Kay left England and moved to France which at the time was one of the few countries to support textile innovations. He died in poverty in France in about 1780. It is also important to note manufacturers leading the French textile production bought Kay’s patent after he moved to France.

Kay’s legacy, however, remains. There is a park called the Kay gardens in Bury, alongside several pubs named after him.

A power loom was invented 30 years later by Edmund Cartwright in 1787. Kay’s invention laid the foundation for mechanical looms; however, the technology would still take another 30 years for power looms to become a reality. During subsequent iterations of the power loom, Cartwright made improvements and established a factory in Doncaster to mass-produce them. His factory, however, was only used to test out new inventions since he had no experience or knowledge in business or industry. The wool-combing machine was invented in 1789, and he continued to work on improving his power loom.

Now you know that John Kay invented the flying shuttle.

We hope that this guide proved to be informative to you and answered all your weaver and shuttle-related questions. Do you have a favorite automatic machine? (perhaps something from the modern era) Or more information about the flying shuttle that you think can benefit the readers, feel free to let us know.

Who Invented The Kickflip?