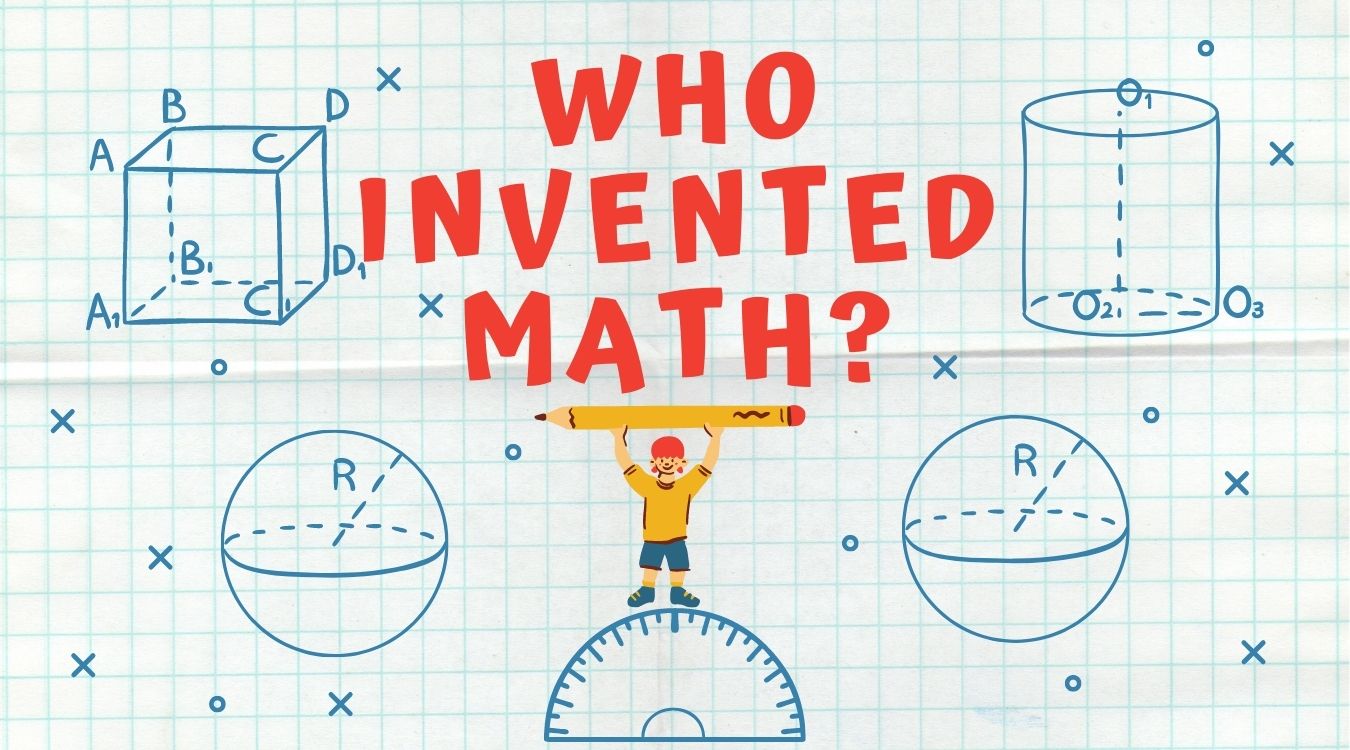 The brain is born with the ability to understand math.

Math is not just a subject but is found almost everywhere – from relationships to stars and even food (that perfect 6-inch sub). Mathematics may even have been understood by people we never knew existed. Indigenous cultures developed time, measurement, and number systems that fit their needs and used different expressions to convey these concepts. Yet some things are universal, such as counting.

But who invented maths and mathematical laws? How long have the essential mathematical functions been around? Let’s find out!

At different points in time and in different cultures, there was a great deal of mathematics discovery.

They didn’t use algebra as much as we do now, but they were fantastic with geometry.

Mathematical concepts today have been influenced by civilizations ranging from China, India, Egypt, Central America, and Mesopotamia. According to several sources, the Sumerians inhabited the area now known as southern Iraq at the time of the development of the first counting system.

Mathematical discoveries in the early ages

Tradition holds that math was developed out of necessity, like counting, so it’s no surprise that the basic parts of math were discovered first. It was necessary at all times to use basic math functions, whether one is rationing food or preparing for battle. Scientists observe that the simplest mathematical models are the oldest (4,000 years old)!

With a common and widely accepted use of the fundamentals of mathematics, science evolved and grew. At this time, some of the most challenging subjects such as differential geometry and probability were introduced.

Once a particular phenomenon became widely accepted, further discoveries kept pouring in time after time. As many people in the world began to realize that mathematics is a science and realized the benefits of using the science for practical purposes, they developed more mathematical proofs. In this way, we began to name the great mathematicians, such as Pythagoras and Euclid, behind the equations. Pythagoras was a Greek mathematician discovered the sides of a triangle about 2,500 years ago in ancient Greece, and his discovery led to numerous advances in geometry. This was also when the world was gradually moving towards organized science.

Thus, the question of who created math is one without a definitive answer. It was discovered over many millennia, and by many people. It sounds better to say that math is a product of the whole world, and humans are responsible for discovering it.

The development of civilization allowed mathematicians to expand their use of geometry, which calculates areas, volumes, and angles. The application of geometry is everywhere from home building to fashion and interior design. The ancient Egyptian pyramids of Giza are a stunning example of the use of geometry evolved by ancient civilizations, as Richard J. Gillings points out in his book “Mathematics in the Time of the Pharaohs” (Dover Publications, 1982).

There is a common belief that Isaac Newton and Gottfried Leibniz developed the foundations of calculus independently. Although they both contributed to its creation, they approached its fundamental concepts differently.

Leibniz considered variables to be changing with time whereas Newton considered variables to be varying between sequences of infinitely close values. These sequences are characterized by successive differences in x and y. Although Leibniz was aware that dy/dx is a tangent, he did not define it as such. To compute the tangent, Newton used the velocities x’ and y’. Neither Leibniz nor Newton perceived functions as functions, but both viewed graphs as graphs. Newton viewed calculus as geometrical, whereas Leibniz viewed it as analytic.

The importance of good notation was something Leibniz was acutely aware of and he put a great deal of thought into the symbols he used. But Newton wrote most of what he wrote for himself. Accordingly, he tends to use whatever notation he thinks of at the moment. That proved crucial later on.

The notation used by Leibniz illustrated the operator aspect of the derivative and integral in addition to its suitability for generalizing calculus to multiple variables. Due to this, Leibniz is responsible for many of the notational techniques used today in Calculus.

However, there comes the plot twist. According to a team of researchers from Manchester and Exeter universities, the true credit belongs to someone else. “The Kerala school” is a relatively unknown group of scholars and mathematicians in India who identified the infinite series around 1350, one of the foundational elements of calculus.

George Gheverghese Joseph, a member of the team, says that this research should not denigrate Newton and Leibniz, but rather elevate non-European thinkers whose contributions are overlooked. The Kerala School’s researchers were never properly acknowledged because colonialism has neglected the ideas of other cultures, especially Asian cultures for a long time.

There are also quite a few other factors that were involved.

Was math discovered or invented?

Is who discovered maths a better question than who invented math?

If something has always existed, such as the laws of physics, it is discovered and understood. It is argued that mathematics existed long before humans found it and did something with it. There is a widespread belief that early civilisations like Greece, India, China, Egypt, and Mesopotamia were early adopters of certain mathematic principles. Hence, maybe math hasn’t been invented, but rather people have discovered it, just as they have discovered other fields of science.

Following our discussion on the origins and rise of mathematics, let’s check out a few fun historical facts:

Now you know who invented mathematics!

We hope that our guide on the history of mathematics proved to be helpful and answered all your math-related questions. If you have more relevant information that you think might benefit the readers, share it in the comment section below!

Who Invented The Alphabet?