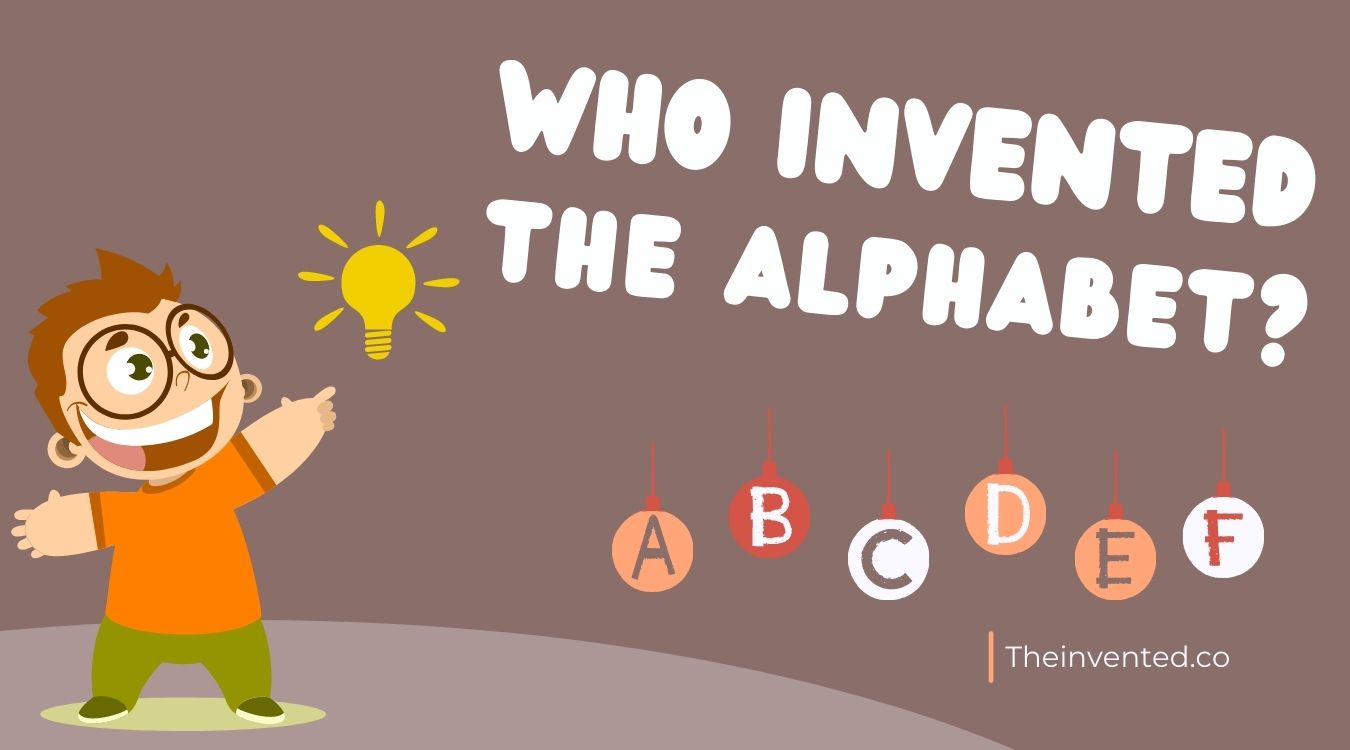 Ever wondered who invented the alphabet we use today?

People began communicating with speech around 50,000 years ago, but there wasn’t anything like ‘writing it all down’ just 5000 years back.

How exactly the alphabetic writing system developed has been a mystery for a long time. Some say it was developed by several ancient societies in different places and at different times, and then took a long time to be organized. But is that about it? Or did one caveman come up with the idea of writing down what he wants to communicate just one fine day? Let’s find out!

Writing was invented in different places

People living in Central America, Egypt, China, and the Middle East invented their own forms of writing independently.

It is known that the ancient Mayans of Mesoamerica had a written language unique to them, which was foreign to the Sumerians of Mesopotamia. These writers used a style of writing known as cuneiform. But they weren’t the only geniuses.

Around the same time, ancient people living in the Indus Valley civilization (which is now Pakistan and India) were working on developing their own writing systems. The same goes for Iran (which was Elam back then), where the people most likely developed what we know as Persian today.

Moreover, the mysterious Rongorongo script used by Rapa Nui and Easter Islanders has yet to be read!

From cuneiform to alphabets

The earliest forms of writing, called cuneiform, used one sign for a word or sound or even gave a clue about the type of word that would follow. The cuneiform script was difficult to read at first.

It was then that alphabets appeared. An alphabet is a collection of letters or symbols that can represent any sound we make when we speak. Similar to lego pieces that can be clicked together in various ways, different parts of the alphabet can be put together to make different words.

During the ancient world, the Canaanites lived in an area of the ancient world called the Levant, today known as the Middle East. Approximately 3,500 years ago, the Old Canaanite script appeared, followed by the Phonetic alphabet. Contrary to the rest of the art of writing, all alphabets are thought to be related to the Phoenician system in some way.

Egypt gave birth to the alphabet in ancient times. By 2700 BCE, there were about 22 hieroglyphs representing syllables both starting with a consonant and adding a vowel (or no vowel) based on the native speaker. In addition to being used to write grammatical inflections and loan words, these glyphs were also used to write foreign names and logograms.

It should be noted, however, that the original Egyptian biliterals – although seemingly alphabetic in nature – did not represent a system, nor were they used to encode the Egyptian language. The first alphabetic writing system, Proto-Sinaitic script was deciphered by only one of these early writings and remains open to interpretation, is thought to have been developed in central Egypt around 1700 BCE for or by Semitic workers. On the basis of the letter’s appearance and names, Egyptian hieroglyphics are thought to be the basis.

Through time, this alphabet was refined into the Phoenician alphabet, which was ultimately refined into the Proto-Canaanite alphabet. In addition, the South Arabic alphabet developed from it, from which the Ge’ez alphabet (an abugida) comes. Since all of the scripts mentioned above lack characters representing vowels, they cannot be considered proper alphabets. The abjad is a consonantal alphabet, and some of them still exist in scripts like Arabic, Hebrew, and Syriac.

Did you know the Hebrew alphabet contains only 22 letters!

Phoenician was one of the first major phonetic scripts. Unlike the other two widely used writing systems at the time, cuneiform and Egyptian hieroglyphs, it contained just about two dozen distinct letters, making it easy for ordinary merchants to read. Since it recorded words phonetically, Phoenician was also useful for writing down many different languages.

It took the Phoenician alphabet about 800 BC to spread to Greece, where it was enhanced and refined to write the Greek language. While some Phoenician characters were retained and others were deleted, letters were used to represent vowels as the primary innovation. In the opinion of many scholars, the creation of the first “true” alphabet stems from this addition in which the text could be read and spoken without ambiguity.

The Greek alphabet was originally written from right to left but later changed to boustrophedon (literally, it turns like oxen)-the writing direction changing every line. The direction of travel settled into the pattern that we use today, starting from the left. Greek became the basis for several other alphabets, including the Latin alphabet and Cyrillic alphabet which spread throughout Europe and later became the modern Russian alphabet.

Fun fact – The English letters (Roman letters) that we right in today were used by the people of ancient Rome, and are called the Roman alphabet. This is because the ancient writers used to borrow words from each other.

The last time any of us were interested in the alphabet was probably in preschool. We might not think of them while communicating on a daily basis, but if weren’t for the alphabet, this guide would have been nothing more than gibberish to you.

Here is how alphabets are more important than you and I think:

They help with pronunciation

We love speaking non-native languages just like a native speaker. Focusing on the alphabet helps you not just learn the language but also speak it as you are supposed to. The alphabets also help you understand the sound of the letters.

They allow you to think in the language

As we are learning other languages we need to think in that language as well. You can communicate a great deal faster if you start thinking in the language. Imagine taking 15 minutes to answer a small question because you were deciphering the code in your mind – argh!

Understanding the sounds each letter can make will help us read words as they are spoken. You can also try watching TV series and movies in the language you are trying to learn, with the subtitles!

This is a wrap. You now know the history of alphabets in detail.

We hope that this article helped answered all your questions related to early writing systems and the modern alphabet. However, if you have more information that you think might benefit the readers of this article or if you’ve invented your own alphabet, feel free to let us know.