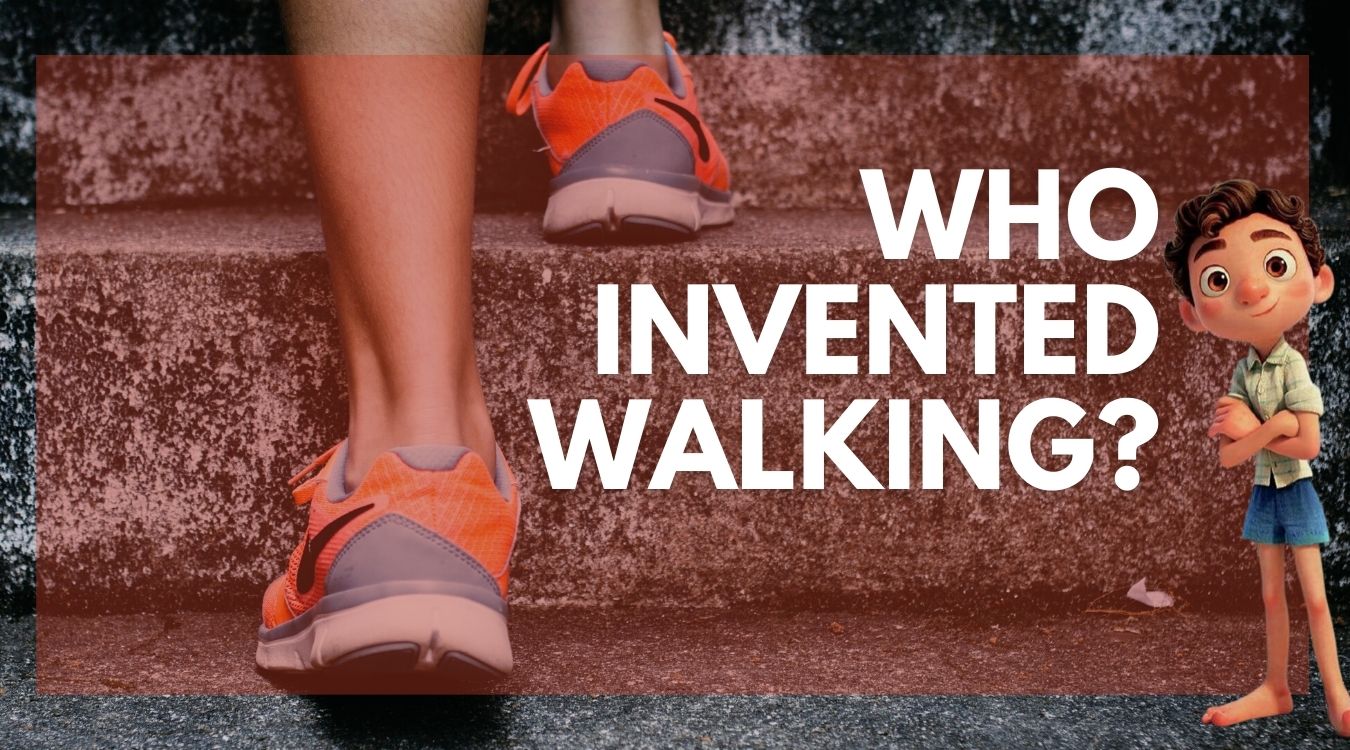 The human species has learned how to walk all over the planet, on the moon, and have even invented walking robots. The history of walking is not as simple as walking itself, and it all began from bipedalism.

Bipedalism – or walking on two legs – is often regarded as one of the characteristics that distinguish modern humans and their ancestors from their predecessors.

However, like every other characteristic, bipedalism did not appear out of anywhere one fine day. It is clear that walking was the culmination of a long process that began millions of years ago. However, since there was no YouTube at that time, we do not have any video clips of the first person to perform this feat. So, without this lack of visual evidence, how can we get to know about the walking struggles of our ancestors and how to get the real answer behind when was walking invented?

The answers lie in the fossils.

Fossil records suggest bipedal walking (also known as two-legged walking) began between 4.2 and 4.4 million years ago. During excavations in Ethiopia, a female hominin nicknamed Ardi was discovered. Ardi and the other nearby bipedal hominins have the first known bipedal characteristics. These fossils are the oldest samples of early humans who invented walking.

The toe structure of these species is similar to that of humans, and their pelvis alignment is best suited for upright walking like humans rather than solely quadruped movement that can be seen in animals like bears.

Ardi species are considered the precursor to the human ability to walk as we do today. Nevertheless, more studies showed that bipedal movements were not the only means of movement, nor were they necessarily the favored method. Considering these studies, the scientists concluded that full bipedalism would not have occurred for many centuries after that.

Progress Towards Current Form of Walking

Just like we discussed above, the earliest evidence of animals walking on two legs dates back to four million years. It probably appeared in your high school biology textbook; a picture showing the various phases of walking, until we reach the posture where we walk today.

Humans have developed a variety of ways to walk, and have applied them to a variety of different situations. The two-legged walking we know today allows us to carry things, make things, and catch things with our hands. The walking animals, however, do not all share a single walking ancestor, and most animals walk on more than two legs.

It was the Romans who first thought of the mile because they decided 2,000 steps were the equivalent of 1,000 military paces. In the decades between 1860 and 1903, ultra-distance walking evolved into a competitive walking sport throughout Europe and America.

What’s more interesting is that there were several types of walking that were introduced to determine the speed of humans. We are taking racewalking, power walking, speed walking, and Afghan walking (as if the names weren’t already cool enough). Afghan walking is reported to have originated with caravaners who, by combining rhythmic breathing with walking, used to travel up to 60 kilometers per day for dozens of days.

The long-distance walkers earned relatively more money at this time than basketball players today in Europe and the United States – what a good time to be alive.

Organizers of sponsored walks have been using walking to raise funds for over 50 years as well. Furthermore, walking became the most popular exercise in the United States during the 1990s.

Why Did Man Begin Walking?

There is a theory that million years ago, walking on two legs provided greater height, which was employed for keeping an eye out for predators and other threats. However, there are those who believe that humans stood in order to conserve energy and move faster in a society that hunted to live. Another explanation suggests that geography itself may have necessitated upright mobility and this is why humans walk upright.

Adapting to bipedalism conserved energy. Furthermore, it freed up the hands so human beings could perform more useful activities with them, such as holding things and carrying them. We wouldn’t be typing this piece today if it weren’t for bipedalism!

Anthropologists believe walking was important to human success because it allowed the hands to be freed up for tool development. Carrying and gripping things eventually translated into the ability to form useful tools and handle complex tasks.

Origin Of the Word ‘Walking’

No one really knows the exact origin of the word. It is widely agreed that the term ‘walking’ acquired its formalized meaning in the early 1200s, after borrowing from Old English and Germanic roots.

It is formed by merging three words:

Wealcian – Old English for curling up

Walchan – One of the Old High German terms for the process of kneading cloth by stepping on the fibers.

In ancient times, these terms referred to the rolling action of the foot and ankle, hence the name!

Your physical activity doesn’t need to be strenuous or be done for a long duration in order to benefit from it.

A walk is a great way to maintain or improve your overall health (both mental and physical). A daily 30-minute workout can make a significant impact on your cardiovascular fitness, strengthen your bones, lose excess body fat, and boost your strength and endurance. In addition, it may reduce the risk of developing conditions such as heart disease, type 2 diabetes, osteoporosis, and some forms of cancer. The best part? Walking is free and does not require any special equipment!

Establish a daily routine for walking – for example, walk around 30 minutes every day in the morning. If you are not an early riser, walk in the evening – time does not really matter since you will be using the same amount of energy every time. You may find it easier to make walking a habit if you invite someone to join you. Keeping an activity journal can also help you get in the habit!

‘Who Invented Walking’ in Pop Culture

Now I’m sure the large majority of you are searching about this topic because of the 2021 movie Luca. So for all you movie buffs who just want to see the clip from the movie – Here it is:

And that is about it!

We hope that our guide about the origin of walking was informative. If you think we missed some points worth mentioning, please let us know in the comment section below and we will incorporate them once this article gets updated!