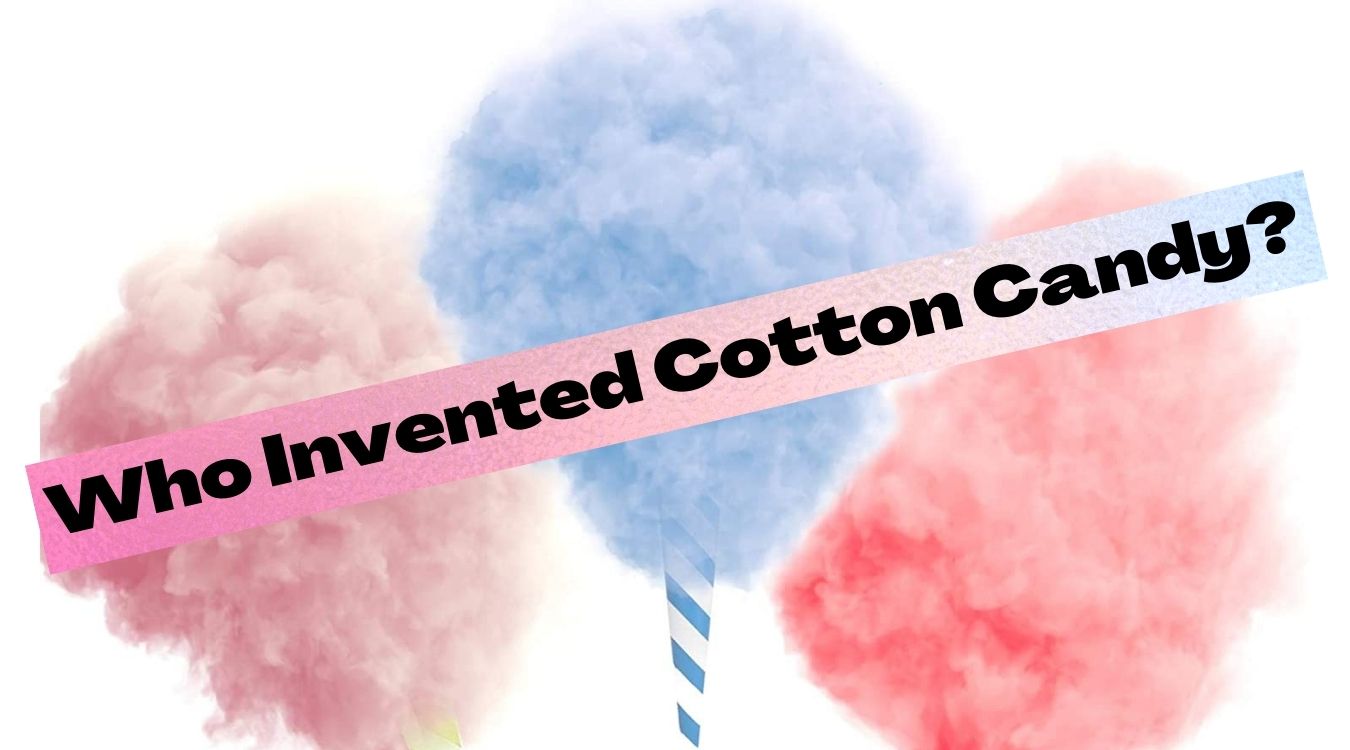 Going to carnivals, circuses, state fairs, and sporting events wouldn’t be complete without having sweet treats like cotton candy also know as candy floss. Enjoying these pink and blue sticky clouds also brings us back to our childhood. However, you might have several questions about this delicious sugary treat like “Who invented cotton candy?” Keep reading, and you’ll be surprised with what you’ll find out!

Who Invented Cotton Candy and How Is It Made?

We might have heard our dentists say that sugar can damage our teeth. However, ironically, it’s a dentist who invented cotton candy. In 1897, Dr William Morrison worked with a confectioner named John C. Wharton and created an electric cotton candy machine.

Wondering why the dentist invented cotton candy? An inventor himself and a fan of candies, Dr Morrison developed a machine together with candy maker Wharton. Aside from treating his dental patients with this candy, Dr Morrison benefited from the invention as it’s also a form of business.

The machine works by heating sugar in a spinning metal bowl full of sugar crystals and multiple tiny holes. As the sugar melts and is reduced to a syrup, the centrifugal force from the spinning head pushes the liquid sugar through the holes. These holes then shape and cool the syrup. Once it cools, the liquid sugar solidifies again and becomes long and light strands. Back then, this sweet treat was called “fairy floss.”

The duo’s electric candy machine got its public debut in 1904 — during St. Louis World’s Fair. The seven-month event, which was attended by millions of people, gave the new invention much-needed exposure.

Apart from catching the eye of the public, the candy machine also brought Morrison and Wharton a hefty profit. They sold their cotton candy for 25¢ per serving to over 68,000 people. This made for a decent business considering that 25¢ during 1904 is valued at $6.75 today.

While the electric version of the candy maker was created at a later date, traditional, hand-driven cotton candy contraptions were already around during the 15th century. During the time, ingenious Italian cooks made cotton candies by melting, spinning, and drawing out sugar into thin strands over a broom handle.

Notable people throughout history got to enjoy the soft and sweet delicacy. Henry III of France was greeted with a sweet selection of desserts, including spun-sugar cutlery, when he visited Venice back in the 16th century. Even Napoleon Bonaparte may have indulged himself in this sweet delight.

Marie-Antoine Carême, who made the French leader’s wedding cake, was recognized for making diverse shapes and designs of spun-sugar cutlery. Also, renowned 18th-century British author Elizabeth Raffald provided instructions on one of her books on how to make her own version of spun sugar.

History of Cotton Candy Development Through the Years

In the 1920s, the name “cotton candy” was born. Another dentist named Josef Lascaux tried to enhance Dr Morrison and Wharton’s electric candy machine. To avoid any association with their fairy floss, Lascaux named the treat cotton candy. Given that 70% of the cotton candy consists of air, it’s not surprising that he named it that way.

Although Lascaux deserves to be credited for creating the popular name of cotton candy, he failed to provide a better version of the first candy-making machine, which was prone to rattling and breaking down. It was only in 1949 that this issue was addressed. Gold Medal Products in Cincinnati, Ohio, introduced a spring-loaded base.

It offered more stability to the machine’s rotating part, reducing tendencies of breaking down. Thus, it did not only make the machine more reliable, but it also allowed greater production of cotton candy. Given this innovation’s effectiveness, the company remains the major producer of cotton candy machines worldwide.

Then, Gold Medal developed a machine in 1952 that precisely rolls pieces of paper into fine cotton-candy cones. During the 1970s, completely automated cotton candy style machines entered the market. From making the cotton candy to packaging it, the new machine did it all. The technology got more advanced from then.

Today, there are machine spun cotton candy machines of different dimensions and specifications. The biggest model is even capable of holding three pounds of cotton candy ingredients at a time.

The current cotton candy production that we’re a fan of doesn’t have much difference from the first fairy floss of Dr Morrison and Wharton. Candy-making machines today work pretty the same as the electric candy machine back then.

However, several flavors are now available. The fairy floss marketed at the St. Louis World’s Fair didn’t have flavor and was white. While we often see pink and blue cotton candy, other flavors and colors will satisfy the inner child in you, like bright purple gingerbread flavor, green dill pickle, salted caramel, and strawberry lemonade fairy floss.

Apart from cotton candy, you might want to know who invented cotton candy grapes. As the name suggests, this new breed of green grape has a similar taste to your favorite cotton candy. However, it’s not flossy or fluffy.

The people behind cotton candy grapes are the horticulturist named David Cain and his team at International Fruit Genetics. While he and his colleagues created these table grapes in a lab, they’re not genetically modified. A blend of two grape species, cotton candy grapes weren’t made to urge children to eat more fruits. Instead, it was meant to deliver a unique grape experience back to the market.

From satisfying our sugar cravings to taking us back to our childhood, fairy floss never fails to help brighten up our day. Dr Morrison and Wharton’s invention of electric candy machines to the various current cotton candy flavors that we have now, we should enjoy this fairy floss snack every once in a while, reminisce about that history of cotton candy and always remember to celebrate National Cotton Candy Day!