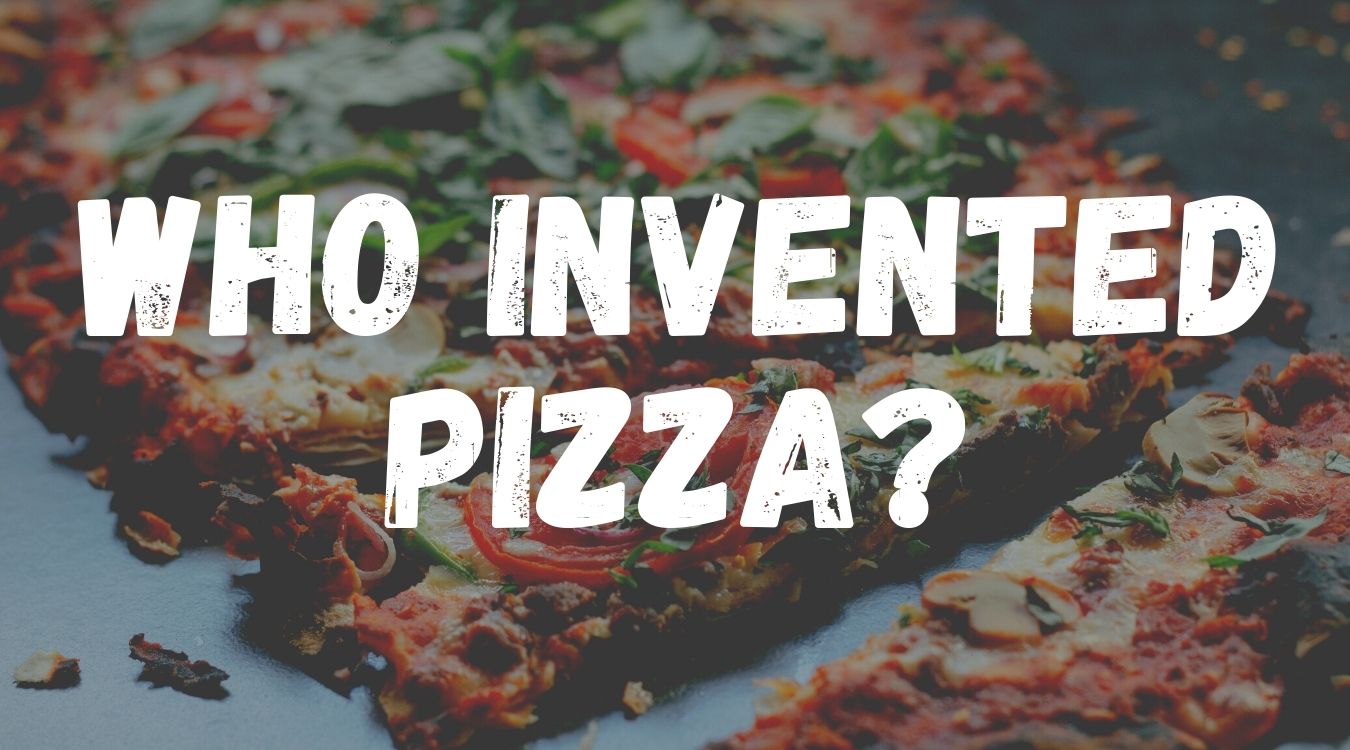 Pizza was invented by the Italians and its origins date back over 7000 years. What we know today as “pizza” originally started as a basic flatbread that the Italians added different toppings to add flavors.

We love talking about food inventions and there’s no better food on this earth than a pizza. So strap yourself in for all the information you need to know about who invented pizza.

When was pizza originally invented?

Archaeologists have records of flatbreads being made in Sardinia, Italy dating back more than 7000 years. The debate about pizza comes from people trying to draw a clear line between the origins of flatbread and the origins of what we know today as the modern pizza.

Who invented pizza Italian or Greek?

This depends on your definition of Pizza. The Italians invented pizza but the Greeks claim to have invented flatbread which is how pizza was first consumed.

Pineapple pizza was created by Sam Panopoulos, a Greek immigrant living in Canada. In 1962 together with his brothers who owned The Satellite Restaurant in Ontario, Canada.

The Hawaiian pizza is the same as the pineapple pizza. It was invented by Sam Panopoulos, a Greek immigrant living in Ontario, Canada. Sam was inspired by his experience with Chinese cooking which often involved combining sweet with savory dishes.

Deep-dish pizza was invented by Ike Sewell and Ric Riccardo from Pizzeria Uno in Chicago in 1943. This became an instant hit and started by spreading to nearby cities and eventually the rest of the USA and the world.

Domino’s Pizza was created in 1960 by brothers Tom and James Monagan. The brothers purchased a pizza restaurant called in DomiNick’s which was located in Michigan, USA.

Pizza Hut was founded by Dan Carney and Frank Carney from Wichita, Kansas in 1958. Pizza Hut has grown into one of the largest and most successful businesses in modern history.

The creator of frozen pizza dates back to the 1950s. While the Celentano Brothers were the first brand of frozen pizza, a patent application was filed in 1950 by Joseph Bucci from Philadelphia. That being said, there’s no doubt that Rose and Jim Totino are the ones that ensured this frozen food empire would grow into what it is today.

The pepperoni pizza was first created in New York City by Italian immigrants. It dates back to the 1930s when similar cheap meats were being used such as sausage and salami.

The first pizza delivery dates back to 1889 and was to Queen Margherita of Savoy. The queen was very ill and requested some authentic Italian food be delivered to her.

Love food style inventions? Check out Who Invented Tongs or our full list of inventions here.

Who Invented The Fly Swatter?