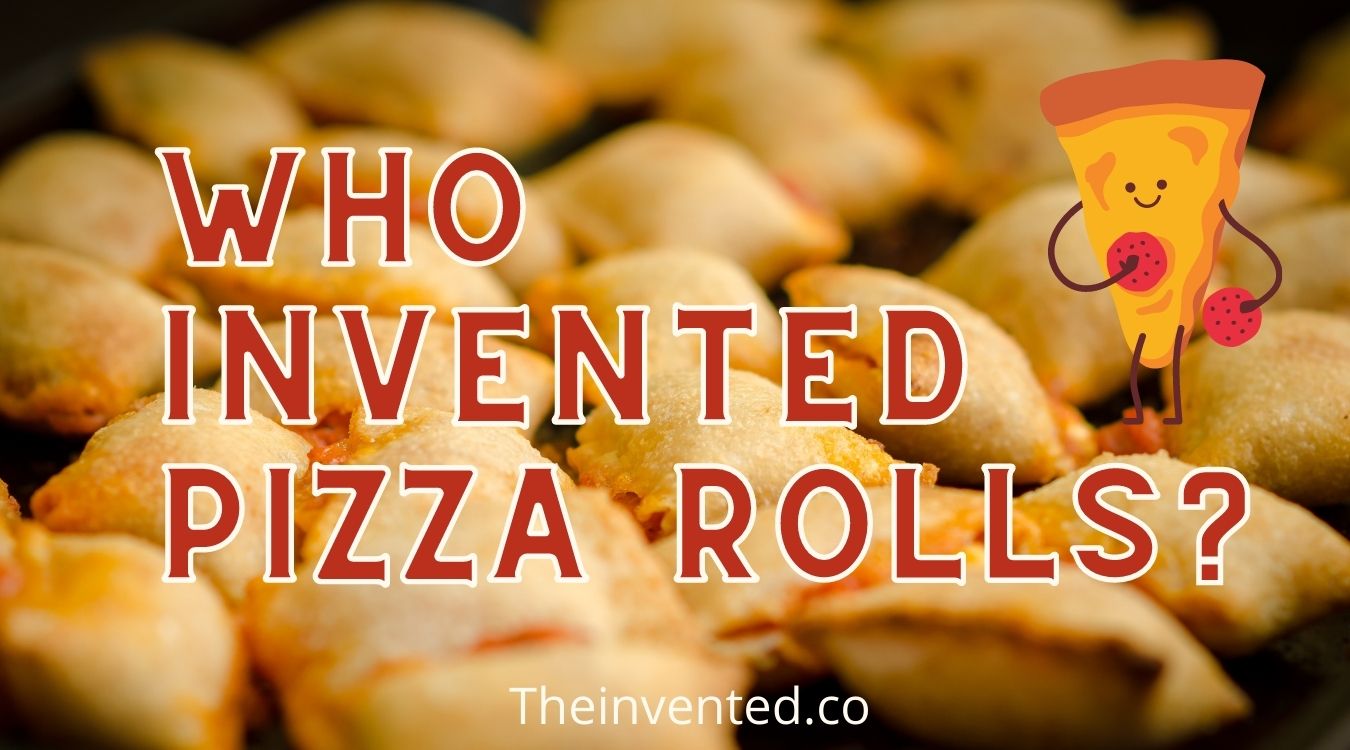 Ever wondered who invented pizza rolls? Most of us associate pizza with the circular pie covered in an array of delicious toppings like cheese and meats. But there are plenty of other variations that popped up over the years. One of the most successful ones is Pizza Rolls. It’s the perfect, pocket-sized substitute for your cravings.

Pizza Roll is, in fact, a brand name. The common word for this dish is pizza snack rolls, but most of us simply call it pizza roll. Instead of an open pan like your regular pizza, this one uses a pocket of pastry or dough where toppings become fillings. So who came up with this ingenious method? Let’s peel back the layers and see who really invented the pizza rolls.

There’s a debate about the true inventor of this dish, but two people will always stand out: Jeno Paulucci and Giuseppe Argiro. So what did these people do that made them the most prominent figures in the pizza rolls topic?

The Earliest Beginnings of Pizza Rolls

The first iteration of the pizza roll is credited to Giuseppe Argiro, a member of Italian immigrants working as one of the coal miners in Fairmont, West Virginia. He saw how his fellow workers were eating bread on one hand and sausage on the other. It was a cumbersome method, so Giuseppe decided to reinvent it into something tastier and easier to eat.

He made a pepperoni roll by baking the bread with a pepperoni sausage inside it. With the heat of the oven, the fats melted and infused the bread. This resulted in a tasty yet utilitarian snack that showcased the creativity of these people. It’s no wonder that West Virginia’s state food is the pepperoni roll.

It was only in 1968 that Pizza Roll was allegedly created by Jeno Paulucci, a prominent figure in the food industry. He was born in 1918 in Minnesota to poor Italian immigrants. To earn income, he worked as a traveling garlic salesman and manned the family’s store. Being around during the Great Depression, he made keen observations on the grocery industry that led to his success in the ready-made food business.

Some of his greatest achievements in the food business include inventing frozen foods and grocery items that focused on Chinese food and cuisine. He also founded companies like Chun King Corporation, one of his many Chinese food restaurants. He was able to make ingredients like bean sprouts, Italian herbs, and pimento accessible to families. Dishes like chow mein and egg rolls were part of his packaged products too. In fact, Jeno was highly in touch with Chinese heritage that he even made his own chop suey recipe. He added this to his selection of packaged Chinese dishes.

Jeno also founded Jeno’s Pizza Rolls company, an Italian frozen food company offering packaged lasagna, garlic bread. The eponymous product was a reinvention of the Chinese egg roll, which had pizza toppings instead of traditional filling. Eventually, the Paulucci sold Jeno’s Pizza Rolls to Pillsbury, which changed it to Totino’s Pizza Rolls. Today, the trademark is owned by General Mills. But no matter the owner, the snack remains a popular food everywhere.

Where Did Pizza Rolls Originate?

Strictly speaking, the modern dish was first invented in Duluth, Minnesota. It’s the birthplace of Jeno, and it’s also where he got the idea to fill egg roll wrappers with pizza toppings, creating the first pizza roll. So while some people might think that this dish was Italian in origin, it was actually invented in the United States.

The short answer is NO. This dish is an American invention, the biggest brand being Totino’s Pizza Rolls. And while this dish may turn off some Italians who like their pizza traditional, they might be surprised to learn that the inventor has Italian heritage. It was because of Jeno’s creativity and his willingness to embrace other cuisines that allowed us to enjoy the popular snack. So while the pizza roll is not 100% Italian, the influence of the cuisine is evident.

Does the UK Have Pizza Rolls?

While the pizza roll is a staple in the grocery stores of the US, it’s not as well known in the UK. You might find it in shops that specialize in American frozen food products, but it’s rare to find regular groceries or markets.

So if you’re craving one, you can make your own at home. Many people in the UK can create their own version with their choice of toppings and some store-bought dough. It’s an easy recipe and definitely a must-try if you’re a fan of pizza or easy-to-make foods.

What Was the First Pizza Roll Flavor?

Only pepperoni is used in the earliest versions of the pizza snacks, going all the way back to Giuseppe Argiro. But over the years, new additions sprouted to address the demand of consumers. From classic cheeses to combo flavors, there are plenty of variations to choose from.

You can’t go wrong with a classic pepperoni roll! Its spiciness is the perfect complement to the tasty and crisp crust. The blend of spices also adds a depth of flavor that makes it a popular choice everywhere.

The most common type of cheese used in pizza rolls is mozzarella, cheddar, or Parmesan. It’s another classic ingredient that offers a creamy taste that can offset the spice of other ingredients like pepperoni.

Pepperoni is not the only kind of sausage used as filling. Other brands have created flavors using salami, chorizo, and bratwurst. Even you can modify your homemade dish with your favorite sausages.

Much like your pan pizza, pizza rolls can have various types of meats to add more flavors. The popular ones are beef and pork, but you can do whatever combination you want if you’re making it at home.

The pizza roll is a versatile dish, so other companies have added their own unique twists to it. You’ll find ones spiced with jalapenos, filled with hamburger ingredients, or modified for Keto or vegan diets.

The pizza roll we know and love today was invented by Jeno Paulucci. But this snack wouldn’t have existed if not for the cuisines and cultures from which the inventor saw inspiration. So whenever you eat this tasty pocket pizza, remember the Chinese, Italian, and American heritage that came together to create this dish.

If you loved this article feel free to check out our other inventions.

Who Invented The Atomic Battery?

Who Invented The Stapler?