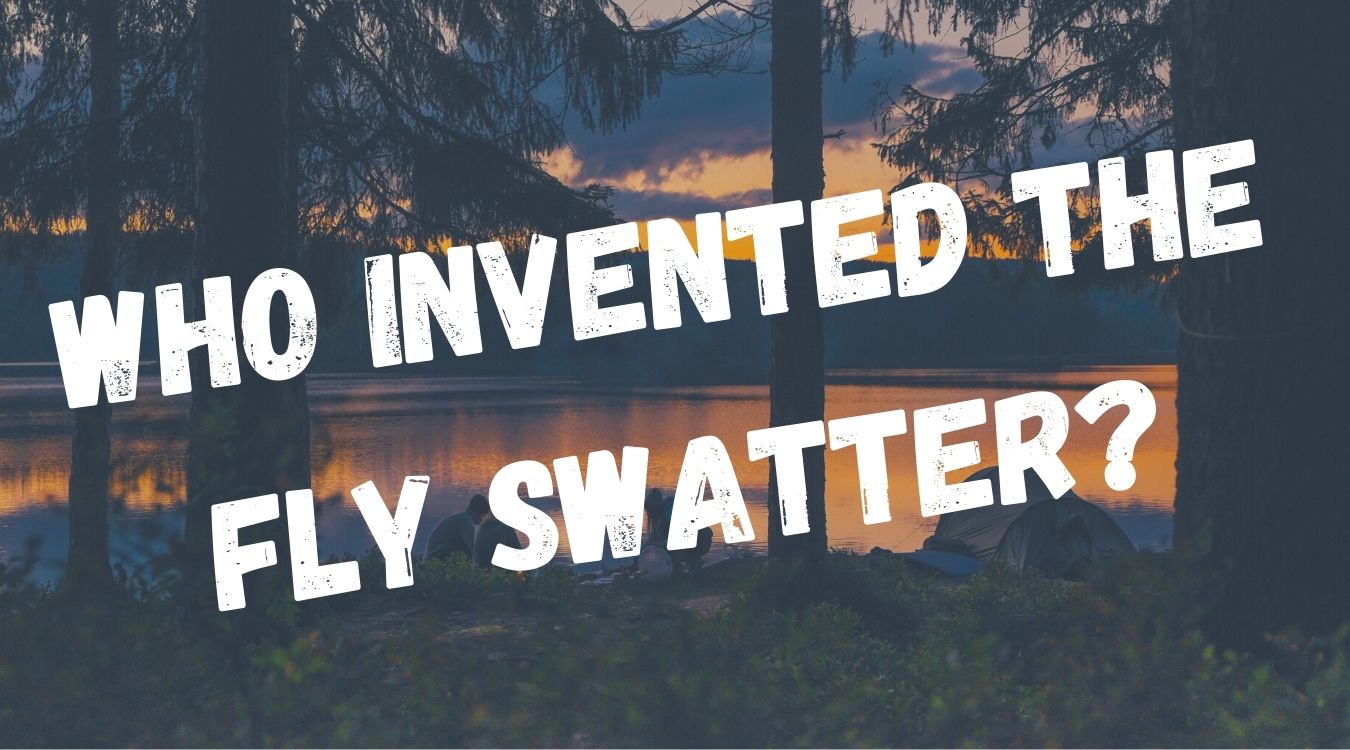 John Jackson of Clinton, Iowa officially patented the first device called “fly swatter” on 15 January 1915. However, he was not the original creator of a fly killing device. That title needs to go to Robert R. Montgomery who created the “King Fly Killer” on the 9th of January 1900.

Important notes: For simplicity, in this article when we mention the term “fly swatter” we will be meaning the broad term of a fly killing device.

Where was the first fly swatter invented?

The first fly swatter was invented by Robert R Montgomery from Decatur, Illinois. Robert and his family went on to make more than half a million fly swatters before selling the patent in 1902 to John L. Bennett from the Wire Mat Company which was also located in Decatur.

However, the term “flyswatter” was not created by the inventor of the device. In 1905, Kansas was plagued by flies. Dr Samuel Crumbine, a member of the Kansas board of health, wanted to raise awareness of the threat of disease caused by too many flies. In a health bulletin published “swat the fly”.

In response to this bulletin, Frank H. Rose created the “fly bat”, a device consisting of a stick attached to a piece of mesh which later went on to become a flyswatter.

Why do fly swatters have holes?

The purpose of holes in a fly swatter is all to do with airflow. A fly is very sensitive to airflow and can recognise even the tiniest or airflow changes. With this in mind, a fly can easily detect a fly swatter that disrupts too much airflow.

By creating a fly swatter with holes you allow a more natural air resistance which is harder for the fly to detect and evade. On top of this, you also get less resistance when you swing it which allows you to move it faster to hit the fly.

How old is the fly swatter?

Who invented the electric fly swatter?

The electric fly swatter was invented by Taiwanese inventor Tsao-i Shih in the mid-1990s.

The history of fly swatters

The fly swatter dates back more than 122 years and while it has been changed over time, the basic design that was invented is very similar to what we use today. A fly swatter usually consists of a device with a long handle to grip and a flat mesh head that is used for striking the fly.

These devices can be made out of plastic, metal, aluminium or any other lightweight design that allows optimum airflow and an easy swing.

Below you can see an image of the original patent for the fly swatter. Remember that this is over a hundred years old and you’re probably thinking…This looks exactly the same as what I have at home.

As you can see, the device has not changed much over the last 100+ years but what has changed is the invention of other fly and insect-killing devices.

One modern-day device is the Flygun also known as a Flyswatter. When these first came out they were very popular as they made the art of swatting insects fun. Who doesn’t love playing with a minigun? Their effectiveness is nowhere near as high as a typical fly swatter but they are a lot of fun to use.

The other popular device is the electric fly swatter also known as a fly killer, fly zapper or bug zapper. This device is very popular in Asian countries and you’ll often find them for sale at general markets for a very cheap price. They often come in bright colors and look like tennis rackets. If you’ve ever travelled throughout Thailand and heard a random “crack” sound then that was probably the sound of the fly getting zapped by someone using an electric flyswatter. Bug zappers are not exclusive to fly swatters and have been used in many other forms.

The thing that makes them so great at being a modern fly destruction device is the wire netting which is charged by the battery. This allows you to hit a fast moving target with ease. People who use these are often the most efficient at being a fly killer.

Next on the list is the fly bottle. This device is used throughout Europe and is more of a passive fly killer device. The fly enters the bottle in search of food and then is trapped inside. This also works for other types of flying insects. Passive devices are often preferred as a method to kill flies as it requires now work besides setting them up.

Fly Paper is another passive device that is designed to attract the fly and then causes them to get stuck to it. It usually has some type of adhesive or glue which makes it impossible for the fly to avoid. The benefit of fly paper is that it can be stuck almost anywhere and that its a cheap device. The negative is you need to constantly replace the paper.

A disposable fly trap consists of a bag or other disposable device that attracts the flies into it with an attractive smell. The fly then ends up drowning in the solution inside the disposable fly trap. The benefit of these is you’re able to catch more flies in a shorter amount of time.

The ethics of fly-swatting

As society moves into a ‘conscious’ existence we’re finding that it’s almost impossible to do the right thing anymore. It used to be that if a fly was on your face you could swat it away with no issues. But as President Obama experienced in 2009, the simple fact he killed a fly during a public interview caused PETA to go into meltdown and call out the president for the “public execution” – Yes, you heard that right.

Do we think that term is correct? Well, it’s not up to us to decide but it does seem a little over the top. That being said, it’s certainly not over the top for that specific fly that was ‘executed’. RIP fly.

If you liked this article make sure you see our full database list here.