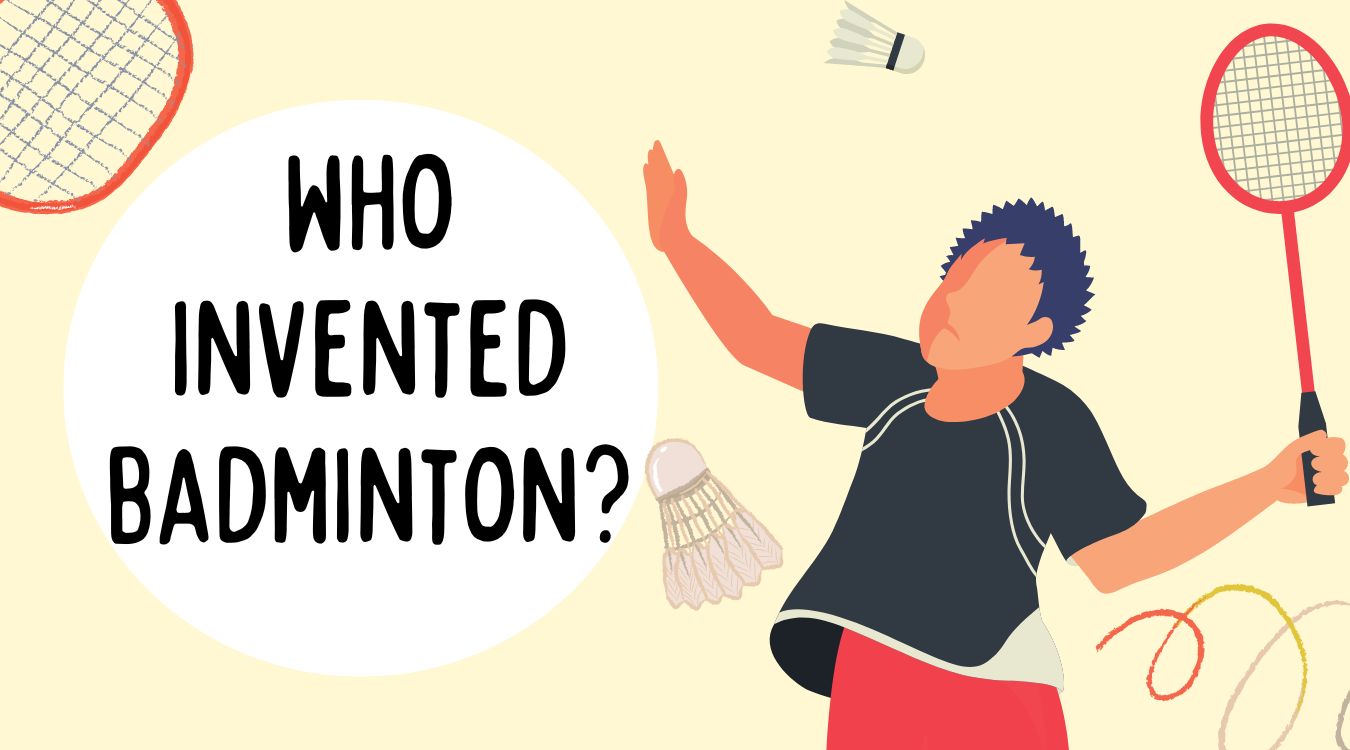 There is no single individual who invented badminton. It is believed to have originated in India where it was called ‘Poon’. The locals were inspired by ancient games such as battledore and shuttlecock played in Greece, which led to the discovery of badminton. It was brought back to England by British soldiers stationed there in the mid-19th century.

It takes its name from Badminton House in Gloucestershire, owned by the Duke of Beaufort. There is no clear explanation for why the term “badminton” became associated with the sport, even though residents of Badminton House played this sport. A federation for the sport was formed in 1934. This sport was added to the Olympic program in 1992.

Badminton is traditionally played on a lightweight lawn or grassy area. It’s played with a racket and shuttlecock (the birdie). At least 16 feathers are attached to a cork hemisphere to make up the shuttlecock.

Greeks and Egyptians played a sport similar to badminton in ancient times. Originally it was called battledore (bat or paddle) and a shuttlecock. It involved two players hitting a feathered shuttlecock with small racquets. In Europe and Asia, badminton was first played more than 2000 years ago by ancient civilizations.

Europeans in England and other countries occupied themselves with games like battledore and shuttlecock during the 1600s. Using a simple bat, two players hit the shuttlecock back and forth to keep it up in the air.

Later, the British military learned this game in British India in the mid-19th century. They modernized the game by adding a net between the players just like tennis. It was popular in Pune, a British garrison town, and was also referred to as Poona or Poonah for some time.

Initially, this game was only famous among the elite, who often used woollen balls to play it. However, as time passed, they began to use shuttlecocks instead. When the retired British Army officers from India moved back to England, they continued to be badminton players, which increased its popularity outside of the subcontinent. This led to the Duke of Beaufort introducing the sport as “Badminton” to his guests in Gloucestershire and from there, the sport got its name.

Badminton As An International Sport

1877 marked the beginning of the Bath Badminton Club, which also published the very first rules of this game. Badminton was first played in England in 1893 when the Badminton Association of England introduced a formal series of competitions.

In 1948, the Thomas Cup was the first tournament organized by the International Badminton Federation. This tournament was originally called the World Men’s Team Championships. A number of world championships followed, including the Uber Cup for women’s teams, the Sudirman Cup for mixed teams, as well as the World Junior Championships and World Grand Prix Final.

The Munich Olympics in 1972 featured badminton demonstrations. The 1992 Summer Olympics in Barcelona made it an Olympic sport.

Badminton is played exclusively on indoor courts where the light wind will have no effect on shuttlecocks. Alternatively, recreational badminton is a summertime activity that takes place outdoors. For badminton singles, the rectangular court measures 44 feet long and 17 feet wide, and for doubles, it measures 20 feet wide. A net of 5 feet in height is placed across the width of the court in the middle. A 4-foot zone surrounds the court.

Jamaica first held the Commonwealth Games in 1966, featuring badminton. Since then, badminton has been included in the games. These famous sports are governed by all badminton rules and regulations.

Following the Thomas and Uber Cup badminton events, TV and commercial rights were sold for millions of dollars. Bids started coming in from Europe and Asia. In contrast, media companies purchased rights for the 1997 World Championship in Glasgow, Scotland.

Badminton’s growth completely shifted in 1994, when the large organizations saw the potential in the game. Three parties signed a contract for $20 million to sponsor the World Grand Finals. This was also the time when these big names began investing their money in the marketing and development of the game to make it popular among the masses.

Managing director David Shaw of the IBF believes both parties were satisfied with the deal. As Asia’s finest sports channel, the company wanted to attract audiences toward badminton to its prime sports channel by collaborating with reliable TV partners. Surprisingly, this helped them achieve this goal and badminton was loved by the general public.

Three of America’s events in the Uber Cup were won in 1956. Badminton is a sport that is enjoyed by people in the United States and is played for fun. In the wake of the Atlanta Olympics, it gained in popularity. In the US, it became the sport of choice. Celebrities, such as Jimmy Carter and Chelsea Clinton, attended the event.

In 1995, the IBF held the Hong Ta Shan Cup in California, which attracted top players and offered prizes for the winners. The prize money was increased to $200,000, which made the World Grand Prix one of the most prestigious series events.

The modern sport developed in India as the Poona. Many people think that the sport was introduced by the Indian locals, while some argue that the British soldiers invented it. Originally, the game was named Badminton after a country estate owned by the duke of Beaufort, which was established in 1873.

What year was badminton first introduced to the Commonwealth Games?

The sport of badminton has been played in 14 consecutive Commonwealth Games since 1966, when it debuted.

How many seconds are there in the first period of badminton?

During the first period, there are 90 seconds. During the second period, there are five minutes. In order to play this game successfully, a player must be healthy, active, and able to run, jump, and hop on the court. This game requires stamina and determination.

What are badminton balls called?

What is the age limit for badminton?

There are many adults who play badminton in clubs. Similarly, you can observe many senior citizens aged 50-60 years of age playing badminton. It is not necessary to become a world-class shuttler to play badminton; therefore, people of any age can play.

What is a smash in a game of badminton?

In badminton, the smash is primarily used to attack. Badminton rallies are often won by this shot. Slashes are offensive shots fired from a high point and travel downhill steeply toward your opponent. Badminton has a few types of smashes that are used most often today.

Now you know about the history of badminton!

We hope that this guide proved to be informative for you. If you have more relevant information that you think can benefit the readers of this article, feel free to share in the comment section below!

Who Invented The Dishwasher?

Who Invented The Guitar?