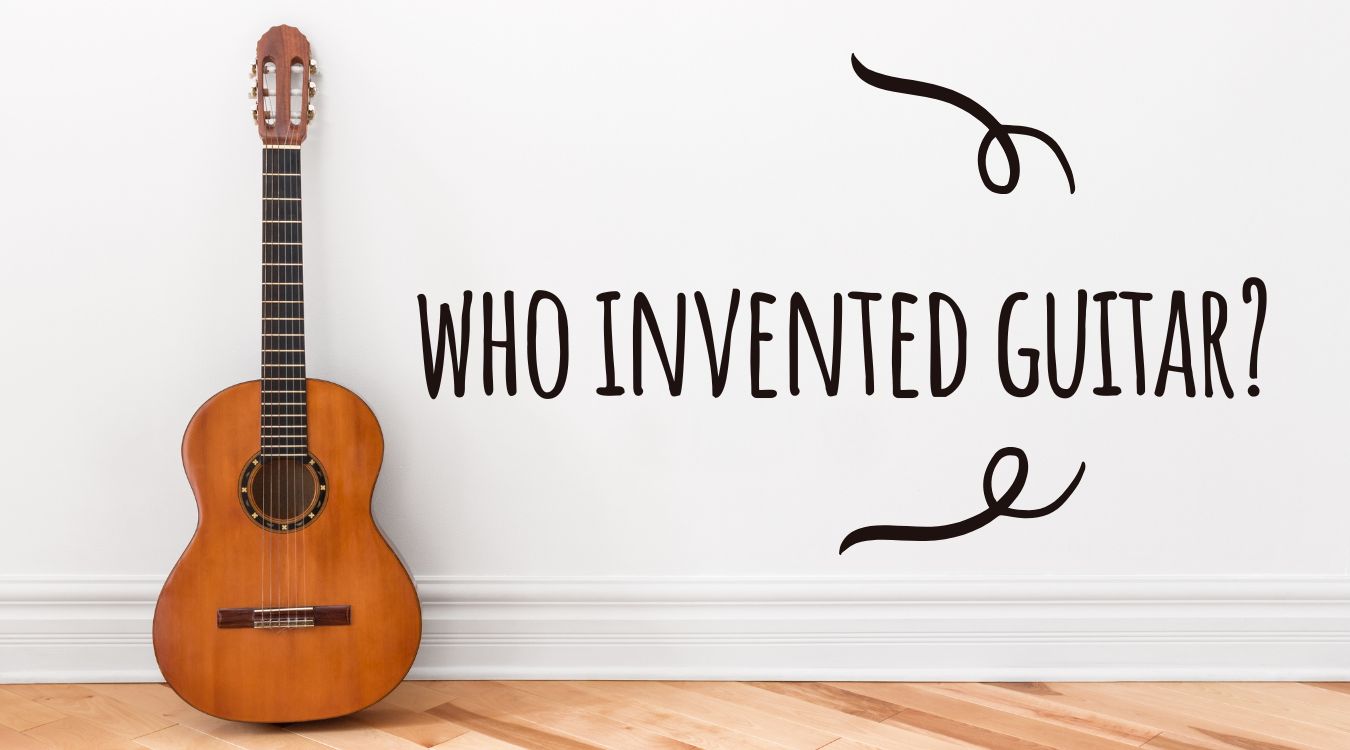 Who invented the guitar? Guitars, the king of stringed instruments, were believed to be created as early as 1500 BC.

In this guide, we will walk you through everything you need to know about the history of guitars. Let’s get right in!

Who Invented the First Guitar?

From the 1800s to the early 1900s, Spain primarily produced instruments very similar to the guitar.

Antonio de Torres Jurado is the luthier credited with creating the first classical and flamenco guitars.

In this guitar, there was an innovative fan bracing system that produced a warm and rich natural sound. Also, a new hourglass design was implemented on the guitar to improve comfort while projecting the guitar’s tone and accentuating the resonance.

Eventually, Andres Segovia helped introduce the classical guitar to the mainstream. He wrote music, and transcriptions, and developed the musical catalog of the Antonio de Torres Jurado instrument exclusively.

The majority of European immigrants during this period were carrying steel-stringed musical instruments, which helped spread the guitar throughout the rest of the world, and played a crucial role in advancing modernism.

How old is the guitar

It is first necessary to distinguish between the kind of guitar we are talking about when determining the age of the guitar. Today’s guitars are considered evolutions of earlier guitars.

Nevertheless, Antonio de Torres Jurado is credited with creating the first solid body guitar in the mid-1850s. In other words, the first guitar of the modern era is at least 170 years old.

Egypt wins in this category too.

The very first guitar-like instruments were found in Ancient Egypt around over 3000 years ago. You can see them in old Egyptian paintings even today.

According to research, an Egyptian singer Har-Mose used it to sing for Egyptian queen Hatshepsut. This guitar-shaped instrument was made out of polished cedarwood and only had three strings initially.

Numerous luthiers followed this model and created instruments of the same kind. A European luthier improvised the model when it was brought to Europe to make it sound better, play better, and have better stability. These were also called Lute, an instrument that is even used nowadays.

Since guitars were primarily used outdoors at the time, moisture and temperature had a profound impact on their wood structure. Lute’s neck was designed to compensate for this instability by having a shorter length.

Classical guitars are descended from Renaissance guitars. Unlike the conventional classical guitar, they have four courses of strings instead of the six strings we are used to today.

Courses are groups of strings, so a four-course string guitar would have eight strings in total.

The popularity of another similar guitar rose during the same Renaissance-era called the vihuela. This type of guitar had 5 or 6 courses and its tuning was similar to that of a lute. It was especially famous in Spain and Italy in the mid 15th century and was a source of inspiration for the Baroque guitars.

Back in the 1600s, the Baroque Guitar was very popular during the European Renaissance. Baroque guitars are similar to vihuelas in that they are five-course strings guitars with 9 or 10 strings. They were also notable for their movable gut frets which made them easier to play. This characteristic made this type of guitar quite famous in a short time.

Gennaro Vinaccia and Gaetano Vinaccia invented the first six-string Romantic guitars in the 1700s. The first 6-string guitars were invented by these two Italian luthiers. Based on the mandolin, which is also said to have been invented by the Vinaccia family, these guitars share a basic design.

Romantic guitars were later the inspiration for the modern guitars that we know today. Antonio Torres Jurado from Spain, later modernized and popularized the original design of the guitar body. It was Jurado’s guitar designs that inspired the world’s luthiers to build the acoustic guitar during the 20th and 21st centuries.

There have been several types of modern acoustic guitar invented since Antonio Torres Jurado made his groundbreaking discovery, and the discoveries don’t seem to cease even today. These include archtop guitars and the flat top acoustic guitar. However, even though the acoustic guitars were widely adopted by jazz and country musicians, some people did not like them and wanted something to go with modern music which led to the invention of the electric guitar.

The invention of Electric guitars

It’s safe to say that acoustic guitars were too quiet for some people.

Electric guitars were invented in 1931 by George Beauchamp and Adolf Rickenbacker, and it took them over 4 years to perfect the design of their solid body electric guitar. The modern electric guitar would have not been the same without their efforts. They received a patent for their electric guitar in 1937.

Now you know about the history of guitars. Modern acoustic guitars are our favorite. Which is yours?

Who Invented The Electric Guitar?