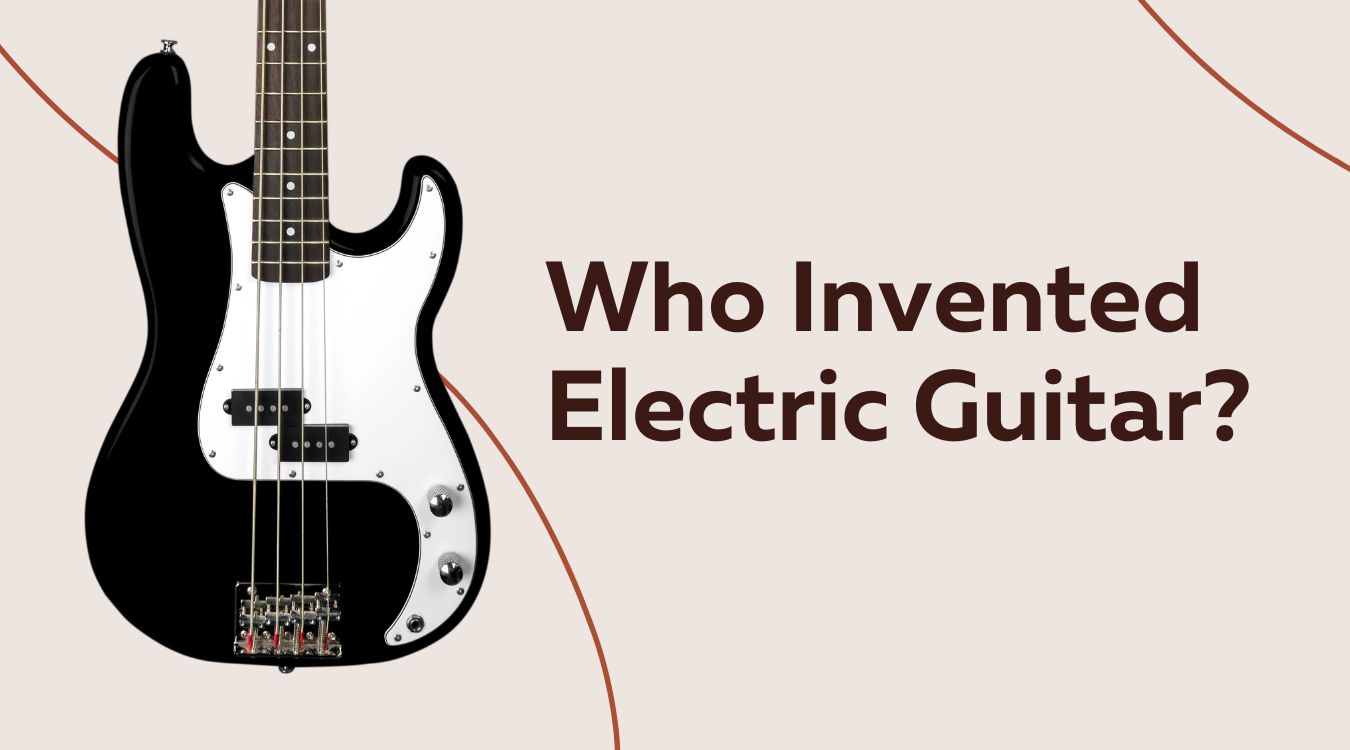 While the first attempts had been made before, some had even used carbon buttons as microphones to attach to the guitar’s bridge, Rickenbacker and George designed the first electrically-amplified guitar with the type of sound quality that was perfect for professional use. The pieces you see in the electric guitar market these days are the improved versions of these guitars. In fact, you will find their names grace most of the famous electric guitars today!

Below we will be looking at the history of solid body electric guitars in detail.

For quite a long time before they were actually invented, electric guitars were in demand. As music bands gained popularity and crowds at concerts became too large for the classical guitar to keep up, the need arose. After a rapid escalation in the 1880s, music bands had to find an alternative that would give their concert hall performances a heat again. As soon as they started playing drums and brass on stage, the simple solid body guitar fell to the wayside, relegated to a secondary position, because it was increasingly difficult for even the band musicians to hear the melodies from them. In this stage of development, a guitar that can match the level of energy required by large concert halls was desperately needed.

Beauchamp acted when he saw a need that could improve the performances of music bands. He only needed to thoughtfully put pieces together from earlier inventions. Although it looks crude compared to what we have now, Beauchamp designed the first electric guitar from the comfort of his home. But before he invented it, he played the Hawaiian guitar, which was popular at the time. Hawaiian music may have played a major role in the development of electric guitars, according to historians.

Earlier, there had been several minor attempts by jazz musicians to attach gadgets to wooden guitars that would help amplify their sounds, but most of them did not succeed. George Beauchamp’s invention was the first to potentially accomplish such a goal. Later on, the Hawaiian-style lap steel guitar became electrified. Lap guitars are referred to as such because of the way they are held when being played. Brass was eventually incorporated into the production of guitars in order to produce a louder, more satisfying sound than that of wooden guitars.

As this was happening, manufacturers were experimenting with metal, and electrical amplification suddenly became a reality.

In Los Angeles, Beauchamp met Rickenbacker, where they struck a deal for the two of them to work together on a project that would modernize the electric guitar. In the first years of his career, Adolph Rickenbacker was already known for his electric instruments. As a result of his ability to see good opportunities for the manufacture of musical instruments, he made Rickenbacker International Corporation popular.

Rickenbacker and Beauchamp collaborated on an electromagnetic device for picking up guitar strings’ vibrations in unprecedented clarity after many experiments. Electromagnets converted the string vibrations effectively to electrical signals which could then be amplified using speakers, so the experiment became a success.

Clearly, rock music was being teleported into a whole new world by this time.

After all, most of us have never actually seen the first guitar or how it evolved into what we know today. Since the invention of the electric guitar, it has gone through several stages of evolution, like most modern gadgets and musical instruments. Let’s have a brief look at the important events:

The first electric guitar ever made was the Rickenbacker Frying Pan. George Beauchamp created the instrument in 1931, and Rickenbacker Electro manufactured it thereafter. As its name suggests, the steel guitar was designed to cash in on Hawaiian music’s popularity in the 1930s. It has a flat, circular body, while the neck represents the handle.

This Les Paul “Log” was constructed by Les Paul following his persuasion of Epiphone to allow him to use their Sunday workshop. There was a Gibson pickup mounted to a chunk of solid maple wood 4 inches x 4 inches with the string to eliminate the feedback problems that are prevalent on acoustic/electric guitars.

The log was placed in the middle of the sawn lengthwise body of an Epiphone hollow-body guitar for the purpose of appearance. The following solution solves both of his problems: feedback since the acoustic body no longer resonates with the amplifier, and sustain since the energy of the strings is not dissipated during the process of creating sound. Over the years, Paul improved and modified these instruments, and he used them long after Gibson developed his model.

The purpose of Fender guitars was to create a sound that was similar to the sound coming from Hawaiian electric guitars, but without the feedback issues. As a result, Leo Fender created the Broadcaster. Fender necks started using truss rods. Originally the Fender Telecaster was called Broadcaster by the Gretsch company, a manufacturer of hollow body electric guitars. Gretsch complained that “Broadcaster” violated its trademark, so Leo Fender as a newcomer changed it to Telecaster because of the popularity of television at the time.

In 1982, Gibson Guitar Corporation collaborated with late pop star and electronics guru Les Paul to create the Les Paul guitar. The solid body guitar design of Les Paul was a function of the artist’s own music experimentation for years. Paul Bigsby took his log guitar ideas to Gibson after successfully experimenting with them. He was rejected, calling the instrument “a broomstick with a pickup on it.” However, Gibson contacted him again in 1950 and signed him. After 50 to 60 prototypes at Gibson, Les Paul found the design he was happy with.

The science behind the electric guitar: electromagnetism

The art and science of playing guitar are intertwined. Electric guitars are governed by electromagnetism, which governs atoms charged with electrical current. You may see two or three Twinkie-shaped strips where the guitarist strums.

Pickups like those contain six magnets wrapped in ultra-thin copper wire instead of gooey filling. A plucked guitar string causes the pickup to emit a stable magnet field, which becomes disrupted by the vibrations. The Faraday Law of Induction says that particles within a magnetic field create electricity when they move. Electric sound is made by carrying juice from the pickups into an amplifier, which boosts the small electrical current and sends it to the loudspeaker.

Then, how are these notes translated into electricity? Strings produce their sound by vibrating or vibrating at a particular frequency. Vibrating an A string at a low pitch is slower than one at a high pitch. When an A-string is played, its magnetic field is disturbed at a slower rate (or frequency) than a B string. This frequency is also adopted by the electric current generated by the pickup, causing the amplifier to receive different electric notes.

Now you know who invented the electric guitar!

We hope that this guide was informative for you. If you have more interesting and relevant information, feel free to share in the comment section below.

Who Invented The Guitar?