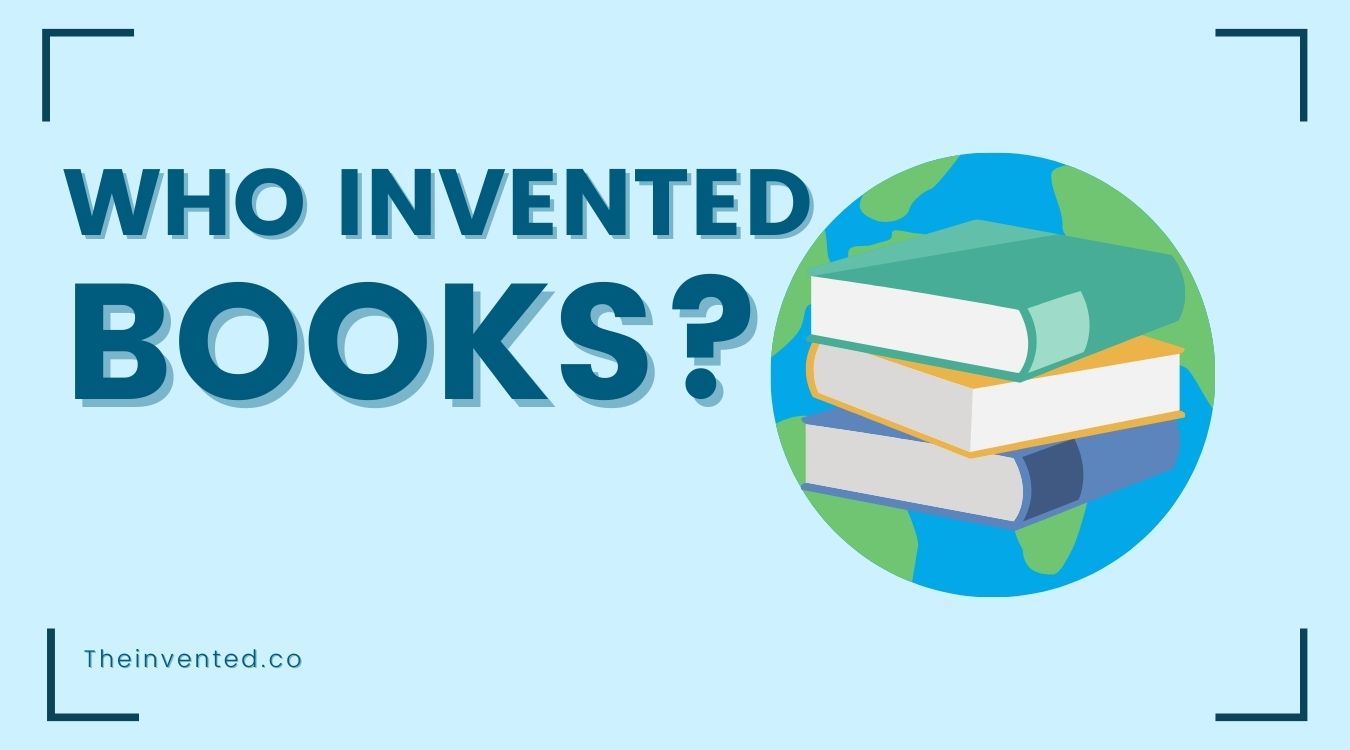 There is a whole world within a book. As with people, books have personalities. Good books are like making new friends – they help you understand and discover the world from a different perspective. No matter what you like – fiction, self-help, or just stories for bedtime with the little one – today’s the day to curl up with the paper!

But who invented books and when was the book printed? Let’s find out!

Johannes Gutenburg, a German, created the world’s first printing press which in turn created the first printed book – The Bible. Introducing movable type to printing revolutionized everything, making the earliest examples of books much easier and quicker to develop.

When Were Books Invented?

In prehistoric times, an early human roamed deep inside a cave, where the walls reverberated. Possibly by speaking or walking, they achieved the sound of a hoof, and in order to represent their sound, they drew a hoofed animal.

It is hypothesized that the early development of language was propelled by the same skills. The cave drawings were also a form of storytelling to entertain and share the happenings of life for what we today call, the ‘cave men’. It was this process that led to the creation of fairy tales and how the spoken word became powerful.

The lives of ancient civilizations are often documented in cave drawings and stone carvings, as well as through storytelling. Early writings were done on stone slabs and bark, which were used to transmit information, record numbers, make lists, and communicate ideas. The very first written notes are assumed to be used for maths.

You see, how maths was important back then as well! Aren’t inventions interesting?

The first people to use pages were the Ancient Egyptians, who joined the stems of papyrus plants and flattened them with a pound. By gluing it together, the sheets became a scroll.

In ancient times, this method was popular and was adopted by the Greeks and Romans. To make transporting or storing scroll easier, they wrapped it around a large piece of wood. As the scroll was unwound, an impressive gesture was heard loud and clear. It was still being used as recently as the 8th century A.D.

In another region of the world, parchment-like calfskins or deerskins had been used because they were easier and more stable. Once the parchment was alkaline-treated, it would be inked and used as a page.

The beginning of picture books

Historically, China was the first country to publish an originally written book on paper. Mulberries, bark, and hemp were used to make paper, and leaves were roughly the size of newspapers. With wooden printing blocks, the leaf was called a “folio.”

Over time, a variety of precious books were produced. The content of some books varied greatly, ranging from highly valuable information to religious texts, to wonderful stories and frightening tales. It is believed that the first known book was the Epic of Gilgamesh, which revolves around a historical political figure.

Venetian Aldus Manutius started a press that printed pocket-sized Greek Classics. The goal of Aldus Manutius was to enable well-off people to carry their books with them when travelling.

1832 marked the first year that book covers were published. It was around the same time when steam printing presses and new steam paper mills were introduced.

Hardback books became popular in the 19th century among wealthy households. Books were snobbishly compared. The hardcover was considered a fine literary work, whereas the paperback printed book was considered to be poor or humorous.

Boni and his brother, an American, opened a publishing company that distributed books. The business had a difficult start, but eventually, Random House was born.

A British publisher called Penguin followed closely behind the Boni brothers, creating branded books that were extremely successful. The growth of self-publishing continued with the introduction of mainstream computers, books on tape (or CD), and ebooks (or Kindles).

In today’s world, the book publishing industry is a billion-dollar one, and even with the availability of e-books, paper books don’t seem to be going away anytime soon.

Who invented books in which year?

Korea printed the Jikji in metal type in the 14th century: a collection of Buddhist Zen teachings. In 1454, a German called Johannes Gutenburg constructed a printing press to print the Gutenberg Bible, causing printers to spring up all over Europe. The printing press was one of the most revolutionary inventions of all time.

What was the first form of a book?

The scroll, the earliest form of a first book, was supplanted by the codex in the 6th Century. In addition to being easier to carry, the codex was also stronger and easier to store. At the end of the Middle Ages, books were written on parchment and meticulously decorated.

Did books use to be handwritten?

During the Middle Ages, books were written on parchment and carefully decorated. During this period, monasteries were the centres of intellectual activity. Most books were copied in their scriptoria. Until the advent of mechanically movable types, books were scarce and expensive.

Which is the oldest book in the world?

As a Buddhist scripture, The Diamond Sutra deserves this honor. This scripture dates back to 868 AD, although the exact date is unknown. It was discovered after being hidden for more than a thousand years.

What is the oldest book ever written?

Originally composed in Sumerian, the Epic of Gilgamesh was a collection of tales and poems from 2100 BC. A complete version of the text was only completed in the 12th century B.C.

This brings us to the end of our article on who invented books. We hope that the information listed above answered all your questions and cleared your confusion.

If you found this interesting and it’s now solved your question on where the first books began then make sure you check out our other educational articles – Especially the one on Who Invented Exams.