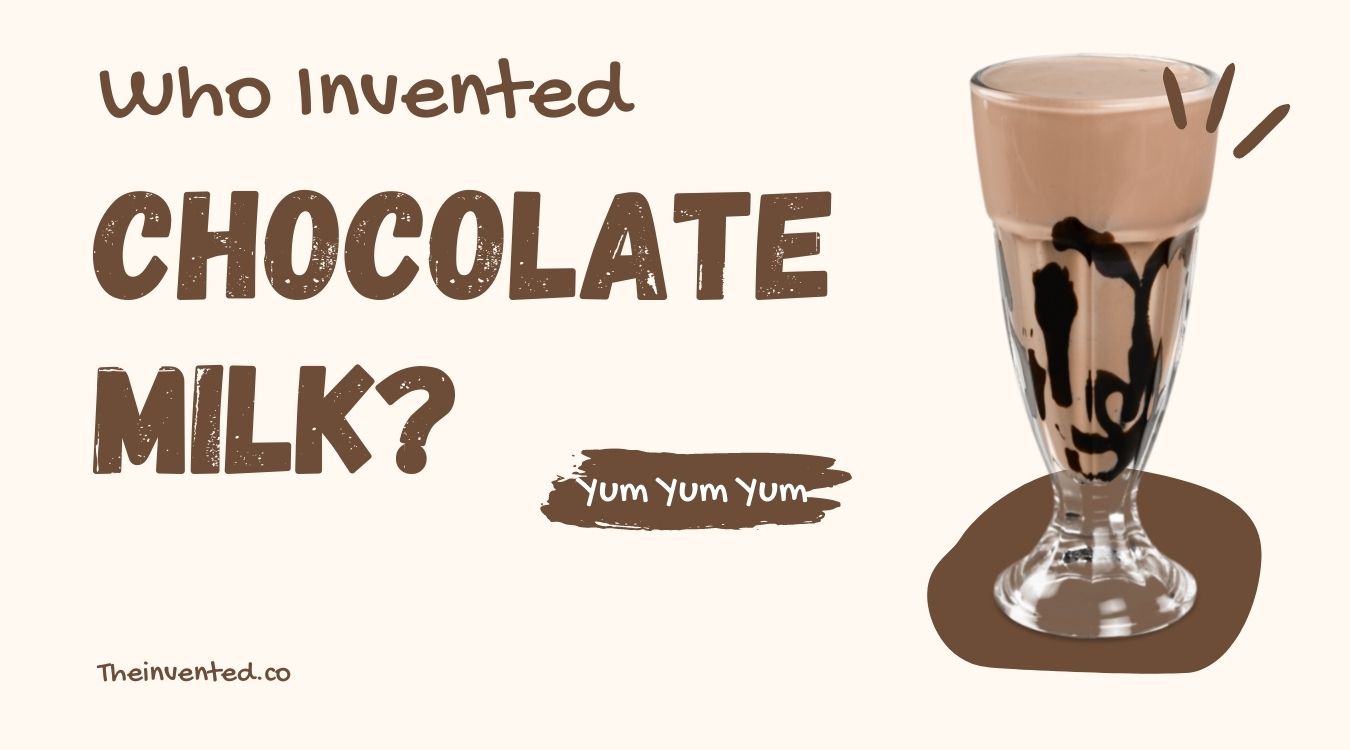 Ever wondered who invented chocolate milk? Chocolate milk tastes delicious cold, boxed, hot, or malted, no matter what form it takes. The reason everyone loves to drink chocolate milk is that it is made with creamy, smooth cocoa powder or chocolate syrup. As well as tingling tastebuds and filling up an empty stomach, this drink makes your brain feel happy since you are reminded of eating chocolate after drinking it.

But who was the genius who did the fabulous job of inventing chocolate milk? And how to make your own at home? Let’s find out!

Chocolate milk was invented by The Jamaicans as early as 1494 as they were seen combining chocolate shavings, milk and cinnamon together. This cocoa mixture wasn’t the best tasting to foreigners but it did get revamped over time. The National History Museum ascribes chocolate milk to Irish Botanist, Sir Hans Sloane. However, the origin of chocolate milk is not so clear-cut. Humans have known chocolate since 350 BCE. Columbus brought chocolate back to Europe in 1502 after discovering it in the Americas. It wasn’t until Cortez learned about cacao from the Aztecs in 1516 that Europeans understood what it was for. It was also mixed with spices, milk, and sugar to dull its strong taste.

Sloane traversed Jamaica in 1687 to take up a position as physician to the governor, the second duke of Abermarle. While on this trip, Sloane sampled a cocoa-based beverage popular in Jamaica.

In order to make the cocoa beverage more palatable to him, he added milk to it. When Sloane returned to England, he sold the beverage to apothecaries to manufacture and sell as medicine.

It is important to note, however, that Sloane did not invent chocolate milk, though he modified a recipe. Chocolate had been introduced to Europe centuries earlier by Christopher Columbus after he landed in the Americas. Shortly after Cortez became aware of the Aztecs’ preferred cold drink, the Spaniards copied the recipe. This resulted in various types of chocolate milk being invented all over the world. So yes, even if he wasn’t the inventor of chocolate milk, Sir Hans Sloane deserves some credit for being the first to introduce it to Europe.

According to James Delbourgo, Jamaicans have been drinking a hot beverage brewed from freshly harvested cacao shavings, boiled with milk and cinnamon since at least 1494. Nearly 200 years earlier, Sloane is said to have invented chocolate milk.

Where was chocolate milk invented?

Although it is uncertain who invented chocolate milk, everyone can agree where it came from.

How to Make Chocolate Milk at Home

Homemade chocolate milk needs no chocolate syrup, and it’s easy to prepare. The chocolate milk recipe discussed below uses a real cocoa powder with just a hint of sugar for sweetness. It’s going to be a hit with adults and kids alike!

Who first made drinking chocolate?

In Latin America, the Olmec, an early civilization, transformed the cocoa plant into chocolate to be drunk for religious and medicinal purposes 4,000 years ago.

It began in Mexico.

They used cocoa seeds to make a chocolate beverage that was very different from what we know today. They added water, cornmeal, and chilli peppers, among other things, to make it.

We learned to drink other mammals’ milk after domesticating animals in the Neolithic Revolution or when agriculture started. It happened independently in different places around the world from 9000 BC to 7000 BC in Mesopotamia to 3500 BC to 3000 BC in the Americas.

Now you know the history of chocolate milk! We hope that the information we mentioned above answered all your questions. If you’re the type of person to like your chocolate milk consumed daily then we’re glad we could teach you where it came from.