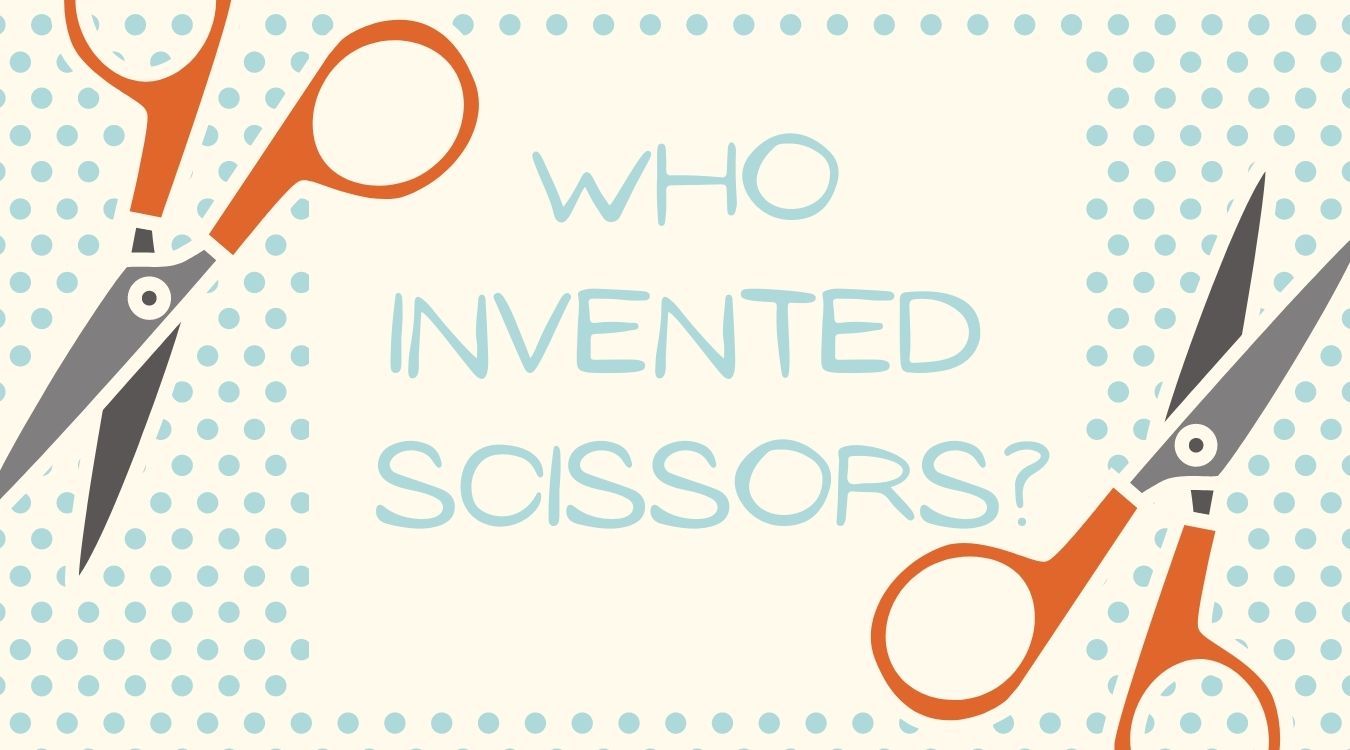 Ever wondered who invented scissors? Scissors are one of the most common tools we use today. They serve a convenient purpose in our everyday lives. They are used as cutting tools in arts and crafts, cutting hair, and even cooking among many other purposes. Like any item invented in ancient times, the scissors we know today didn’t always look or function the way they do now. They’ve only advanced and improved to cater to people’s convenience further, with an enhanced design that allows comfortable and easy use.

The History of Scissors

The scissors have been around for quite some time now. In fact, they are one of the oldest forms of technology and one of the first to be invented back then. Since the origin of scissors dates so far back, it’s harder to determine when, where, or who exactly it was sourced from. There are still many speculations about their origin; some seem convincing while others seem quite far-fetched. Either way, they remain an interesting part of our history that reminds us of how far we have come in terms of technology and inventions since ancient times.

When Were Scissors Invented? Who Invented Scissors?

There are many arguments about when scissors were invented. Many believe that they were first discovered in the middle east in 1500 B.C by the ancient Egyptians and later popularized in Rome. Others choose to believe in the records of Greek Mythology, wherein scissors appeared as ‘Shears’ that were used by the god ‘Atropos’ in cutting the threads of one’s life.

However, there is no proof that these claims are true. The only evidence of scissors in the middle east was found during the Ptolemaic period at 305 BC.

Other statements and studies have been conducted to identify the scissors’ true origin. According to Flinders Petrie, a Victorian Egyptologist in 1918, the history of scissors began in Italy during 400 BC. They were invented as shears and later developed into a design that could slot around the fingers for an easier grip, which eventually led to the innovation of our modern-day scissors.

On the other hand, French archaeologist Jean-Claude Margueron claims that scissors appeared in the ancient city of Emar, now known as Syria, in the 14th century BC. However, there are no existing archeological objects that could serve as proof of her claim. Some people even believe that it was Leonardo Da Vinci who invented the scissors because the esteemed painter used the tools to cut canvas.

Its last origin is admittedly not the first documentation of scissors. However, Robert Hinchliffe was named as the father of modern scissors, seeing as he came up with the idea to use steel in manufacturing and mass-producing the cutting tools in Sheffield, England back in 1761.

Why were Scissors Invented?

Scissors were naturally used as cutting tools, even during ancient times. They came in many forms and went through different stages of shapes and sizes before they developed into the modern scissors that we use today.

There is evidence found from ancient times that displayed the structure of ancient Egyptian scissors. They are also known as ‘Spring Scissors’ and could possibly be the earliest known pair of scissors. Unlike today’s scissors, these ancient cutting tools where two blades were connected at the end but apart on the cutting edge. The scissors cut material only when the fingers pull inwards to squeeze the tool together. They are similar to the concept of tweezers or pliers.

These scissors were created by heating a straight bar of metal and curving them to form into the desired shape. These were crafted by the most skilled individuals during their time in order to create a tool with two blades that could make clean, neat cuts. These types of scissors have been modified through time and are still being used. Some sewing scissors and embroidery scissors still use the design for seamless and lightweight cutting.

We’re noticing a large pattern when it comes to ancient inventions and the Egyptians are the ones involved in almost all occasions.

Pivoted scissors were first used in ancient Rome. There is no documented evidence or images of these scissors, but they are believed to be the first to resemble today’s scissors. They surfaced around 100 AD. Like the Spring scissors, Pivoted scissors were also crafted using heated metal and shaped into two bronze blades. Seeing as the process of creating these scissors was very deliberate and precise, the ancient Romans could only produce a limited number of tools at a time. A single pair of scissors took hours upon hours to craft perfectly.

Although they are initially made for cutting, their purpose varies with the items they are meant to cut. Today, scissors can be used to cut nearly everything. They can be used in cutting heavy metal sheets, paper, food, and many more. However, the Ancient Romans invented their scissors using two curved bronze blades, using their own take on the tool in thinning thick hair and cutting it nearly.

Scissors have advanced greatly in terms of design and functionality since they were first invented. From the simple design of the Spring scissors to the steel scissors mass-manufactured in England, these cutting-edge tools have made significant progress and advancements from their roots.

Compared to their simple designs in ancient times, most scissors offer increased variety and convenience for their users. Left-handed scissors and true ambidextrous are now available to accommodate all users’ convenience. People often joke that left-handed scissors are a myth and that all scissors are left-handed, this is not true. Specialized scissors with curved and uniquely shaped cutting edges were also made to create dynamic projects for arts and crafts. Manufacturing scissors in the modern age means that scissors are lightweight and comfortable to use for extended amounts of time. That being said, the history scissors have gone through is a symbol of how far technology has advanced throughout the years.

It’s hard to pinpoint where exactly scissors originated, due to the lack of archeological evidence and records available. Many studies claim that scissors are a product of several nations and empires. The ancient Romans, Egyptians, and Mesopotamians are merely a few out of the tools’ large pool of suspected origins. Some sources have also Asian countries such as China, Japan, and Korea may have invented scissors but like other studies and claims, they did not have sufficient evidence to support their statements without flaw.

Scissors remain one of the most common tools we use today. They can be found in every home in a variety of types such as fine scissors, specialty scissors, heavy-duty scissors, hair cutting scissors, nail scissors and more. Considering how far they have advanced with time; it would be no surprise if their design and function continue to evolve through the years.