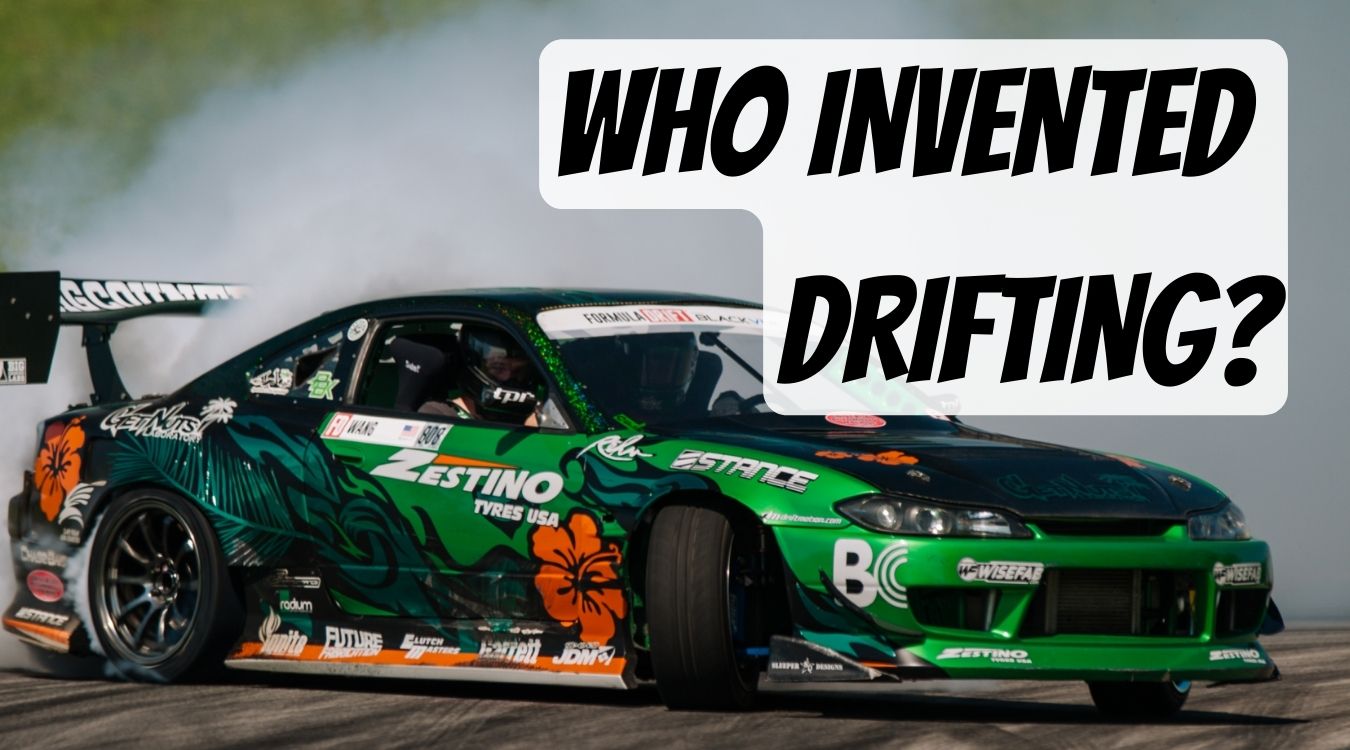 There are a lot of exciting and interesting ways that professional drivers make their cars go fast and a popular method to do this is drifting. However, despite its popularity (thanks to Fast and Furious and Tokyo Drift), plenty of people are still unaware of what it is. So who invented drifting?

In this guide, we will walk you through everything you need to know about drifting and its origin. Let’s get right into it!

What is Car Drifting?

It is oversteering your car intentionally as you approach a turn. Performing a turn correctly will cause a vehicle to slide through a corner, rather than simply turning. A rear-wheel-drive car usually achieves this using clutch kicking, which is a process of rapidly disengaging and reengaging the clutch in order to lose traction on the road, and braking afterwards to bring the wheels to a slow stop.

Basically, drifting allows race cars to maintain a slightly higher level of speed than they would if they were merely slowed down in corners. The technique is especially useful for tracks with many turns, such as those found on winding mountain roads in Japan, where the technique was first developed. A drifting car can also be used as a barrier against other racers coming from behind since it takes up more space than a car turning normally in a narrow lane. While drifting is useful, its longevity is probably due to both its spectacle and utility.

Fans of the technique and drivers alike enjoy the technique. You can never fail to be amazed by the white clouds of smoke billowing from the wheels or the extreme technical skills it takes to drift. Drifting competitions are now extremely popular throughout the world and a large drifting culture has been created.

One man is to be credited with introducing the drift – Kunimitsu Takahashi. His first wheels were two, not four. Astonishing! In actuality, the technique comes from Japan in the 1970s. The technique is credited to Kunimitsu Takahashi, a former professional motorcycle racer and road racer who is thought to be its creator. In his experiments with oversteering his car to slide through corners, he became known as the ‘drift king’.

After fine-tuning his drifting skills through practice, he finally entered the sport into the competition, winning numerous awards over the course of his career.

A leading figure in the sport of drifting, Keiichi Tsuchiya was also a key consultant for the Initial D Manga animation and the later Fast and Furious: Toyko Drift feature film. His Drift Pluspy video for which a Hachi-Roku (86) skidded around Mount Fuji is considered an example of his pioneering work. As a result of the video, he was forced to give up his racing license. However, he has become a legend in drifting. So, in a nutshell, it’s safe to say Japan is the birthplace of drifting – the legacy of which is felt all over the world nowadays.

As a result of media attention and the film and game industry taking notice, driving and building drift cars became extremely popular in the UK and other countries. A film like The Fast and the Furious: Tokyo Drift in 2006 introduced young car enthusiasts to the underground street racing in Japan, and even though the film was fictional and overdramatic, it cemented drifting as a sport for them to aspire to. Drifting is a unique form of Motorsport, involving lots of noise and smoke accompanied by style and skill.

NASCAR and stock cars evolved from illegal activities, and drifting follows a similar trajectory. In order to get the fastest corner entry and exit speeds, illegal street racers (Hashiriya) began copying racetrack antics. It was soon realized that by drifting a bend rather than applying the conventionally faster and cleaner technique, more time could be gained. Traditional racing lines and apex hugging have only recovered the “slow in, fast out” advantage now that tires are more advanced.

Police departments around the world are facing a serious problem as people drift on the streets. In fact, the popularity of bring-your-own-car drift events across the UK and specialist learn-to-drift experiences means competitive drifting can continue to be done legally (the only way to drift).

A lot of the enthusiast cars in the UK have embraced drifting and are coming from the Japanese market. Among the popular cars are Nissan Skyline, Nissan S13 and S14s, Mazda RX-7s, BMW 328Is, and BMW M3s. In recent years, nearly all popular racing games include drifting as one form of competing or another, and this embrace of popular culture has helped it expand even further.  If you are interested in this sport, you definitely should look into the Red Bull Drifting Championship, Irish Drift Championship, and the British Drift Championship.

When did drifting begin?

Japan made drifting popular in the late ’90s, and the west followed suit soon after. The All Japan Touring Car Championship was started by Kunimitsu Takahashi, a Japanese racing driver who began as a motorcyclist and turned to car racing in the All Japan Touring Car Championship. Takahashi was actually the first Japanese rider to win a motorcycle Grand Prix and thus became a famous motorcyclist.

It was in Japan that drifting began. It was popular during the All Japan Touring Car Championships. Kunimitsu Takahashi, a motorcyclist turned driver, became the pioneer of drifting techniques in the 1970s.

When did drifting start in the US?

The first organized drifting competition was held around a decade ago, and drifting is still extremely popular with young people in the United States (think Formula Drift), Europe, and Australia. Today, drifting is an organized sport in which drivers test their ability to keep their rear wheels in the air for as long as possible.

Is drifting illegal in Japan?

Despite being an exciting sport, drifting is illegal in Japan due to the risks involved. Participating in these events can lead to accidents, arrests, and having your vehicles confiscated countless times.

How difficult is drifting?

Drifting is quite difficult to master. Furthermore, the skills needed for drifting are more complex than those needed to start driving. You must practice drifting for hours and hours in order to master it. Getting started with drifting requires a proper car such as a Toyota Supra. It’s not uncommon for people to start drifting on a dirt track so they can be used to controlling the car when it is moving sideways. Only after they have mastered this they can move onto a normal track.

Is drifting bad for the car?

A drifting car is more likely to suffer wear and tear damage. Tires worn from friction won’t last very long. Friction wears down tires quickly. Exterior damage is another common issue associated with drifting. Whether you’re an experienced drifter or a novice, there can be times when you lose control and crash.

There you have it, a brief history of how the phenomenon evolved into the competitive sport we know today. We hope this guide proved to be informative and answered all your questions regarding who invented car drifting.

If you have more information that you think may be valuable to the readers, share it in the comment section below!

1 thought on “Who Invented Drifting?”