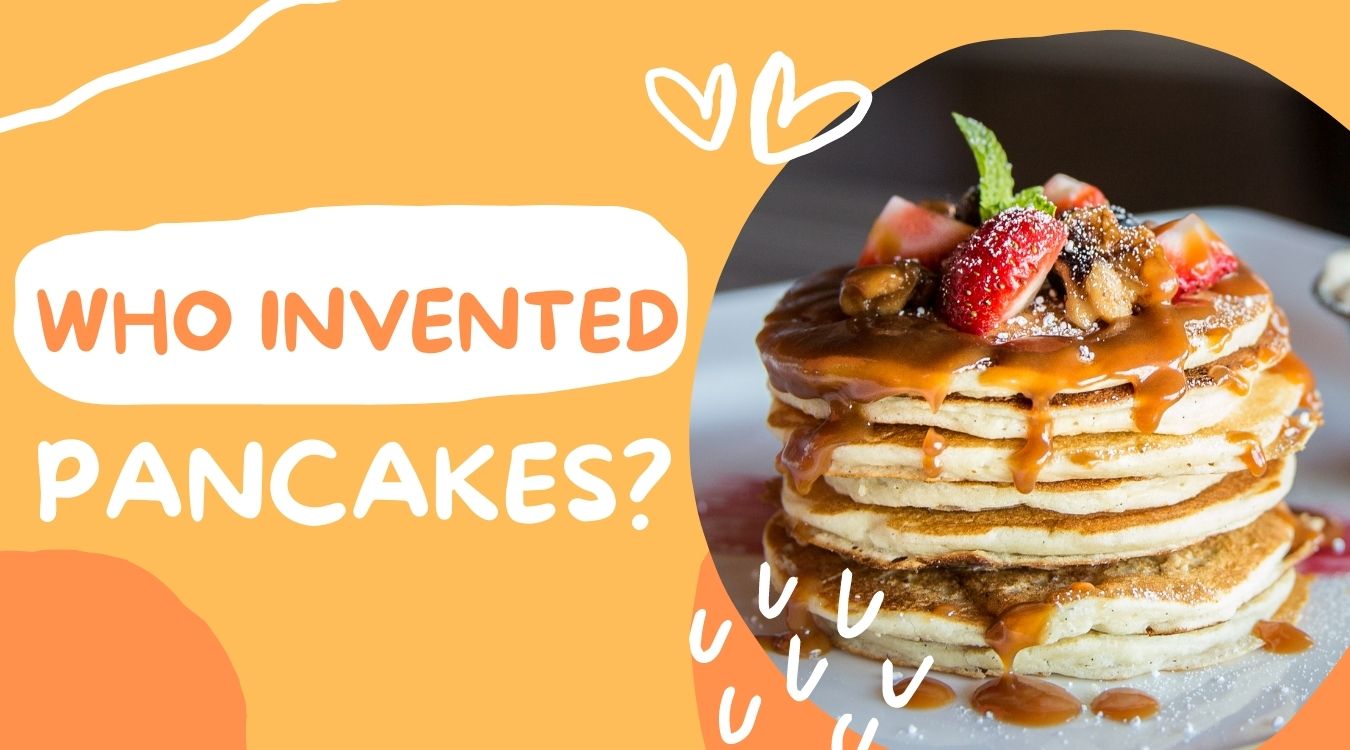 Who invented pancakes? There is evidence that our stone-age forefathers enjoyed pancakes over 30,000 years ago. Of course, there was no such thing as pancake mixes or waffle makers at that time, so the ancient chefs most likely made everything (including grinding grains) from scratch.

Pan-fried dough circles were a distinctive element of ancient diets. It is safe to say that pancakes have come a long, long way. Some historians suggest that warm pancakes are the most widespread cereal food eaten!

It is also believed that Otzi the Iceman ate einkorn wheat flatbread in the second millennium BC, but most say that the first pancakes were made in the first century CE by the Romans from milk, flour, eggs, and spices. They were sold hot from vendors on the corners of the new markets. Instead of syrup, they’d sweeten their pancakes with honey.

European countries began making pancakes for their own consumption in the 15th century by using wheat flour, buckwheat, sometimes even alcohol, and spices such as cloves, cinnamon, and nutmeg. Wedding breakfasts in 18th-century Friesland were traditionally pannenkoek with milk and honey. Pancake recipes throughout the world include everything from thinner, buttery French crepes to the crispier, savory Japanese okonomiyaki.

Are Pancakes and Crȇpes Different?

Let us start by saying that pancakes and crepes are different, regardless of what several people believe. Crepes were made for the first time in the 13th century, unlike pancakes which made their debut quite after some time in the 15th century.

The word crepes comes from a Latin word called Crispus, which literally means curled. To make crepes, ancient people used to pour the batter on a large round heated stone and spread it evenly in a circle. However, they only got famous in the 20th century. This happened when the common man was able to afford white flour.

One important difference between crepes and pancakes is that the batter of crepes needs to rest for a few hours before you cook it, unlike the pancake batter which needs no time.

American pancakes include a rising ingredient, typically baking soda or powder, as well as the basic ingredients (flour, eggs, milk, butter). Quite literally, they are cakes that you bake in a pan instead of an oven and have a different texture than crepes while are plainly flat.

In the United States, pancakes are usually served stacked, with butter and maple syrup, which may be difficult to come by in Europe, despite the presence of quite a few maple trees.

Pancakes have the thickness to allow add-ins, such as bananas, blueberries, chocolate chips, or bacon, to be mixed into the batter. Bubbles appear on the uncooked side of the pancake as the dough heats, an indication that the pancake is ready for flipping.

A traditional American pancake comes from Johnnycakes, a cornmeal flatbread, and flapjacks, a pancake that is described in Shakespeare’s All’s Well That Ends Well, which has a history of at least five hundred years.

The Naming of Pancakes

The term “pancake” may seem to refer to this recipe as a whole, but this recipe has only been popular in the United States since the early 19th century. Surprisingly, the word pancake itself was not invented until the 15th century. A number of other names formerly applied to them, including hoecakes, flat cakes, Indian cakes, buckwheats, griddle cakes, flapjacks, and others.

Pancakes made with corneal or buckwheat were also made in the Early American period.

The recipe was devised by Etienne Lemaire, a renowned chef of dessert and trusted maître d’hôtel. A panne-quaique, which is more like a crepe than a proper pancake, was his specialty and he used pans to cook them. He was literally frying pan cakes!

It is important to note that the crepes under discussion here had the same recipe, but did not contain baking powder or baking soda as a rising agent.

You can celebrate Pancake Day if you’re a pancake lover. As well as being a holiday in itself, Shrove Tuesday is also known as Fat Tuesday. On this day, we feast before the season of Lent begins. During lent, those who are fasting cannot consume any animal products, so this is the best time to indulge in butter, eggs, and milk pancakes.

Due to their relative shortage during Lent, these ingredients were frequently used in Shrove Tuesday pancakes. Due to the large number of pancakes consumed on this day, it makes sense that it’s also known as Pancake Day.

Pancakes Around the World!

Pancakes are an important part of many households around the world. These crisp, thin-edged biscuits are known as “Pikelets” in Scotland. The Australian version of the British Crumpet is typically served with jam instead of syrup, and they are often served at “teatime” in Australia.

With caviar and sour cream, pancakes take on a gourmet touch in Russia. Cracker-like small cakes are another popular version. Tvorog is a special kind of cheese that is used here to make mini pancakes that are served with sour cream and jam for breakfast. The soufflé pancake is referred to as “Souffle” in Japan, where the texture is soft and the height is unusual. Because the cakes are based on a mixture of mayonnaise, oil, and vinegar, they are fluffy and stackable.

Now you know about the history of pancakes!

We hope you found this guide interesting and informative. We are not going to lie, pancake breakfast is our favorite! How do you like to eat pancakes? Tell us in the comment section below!

Who Invented The Zipper?