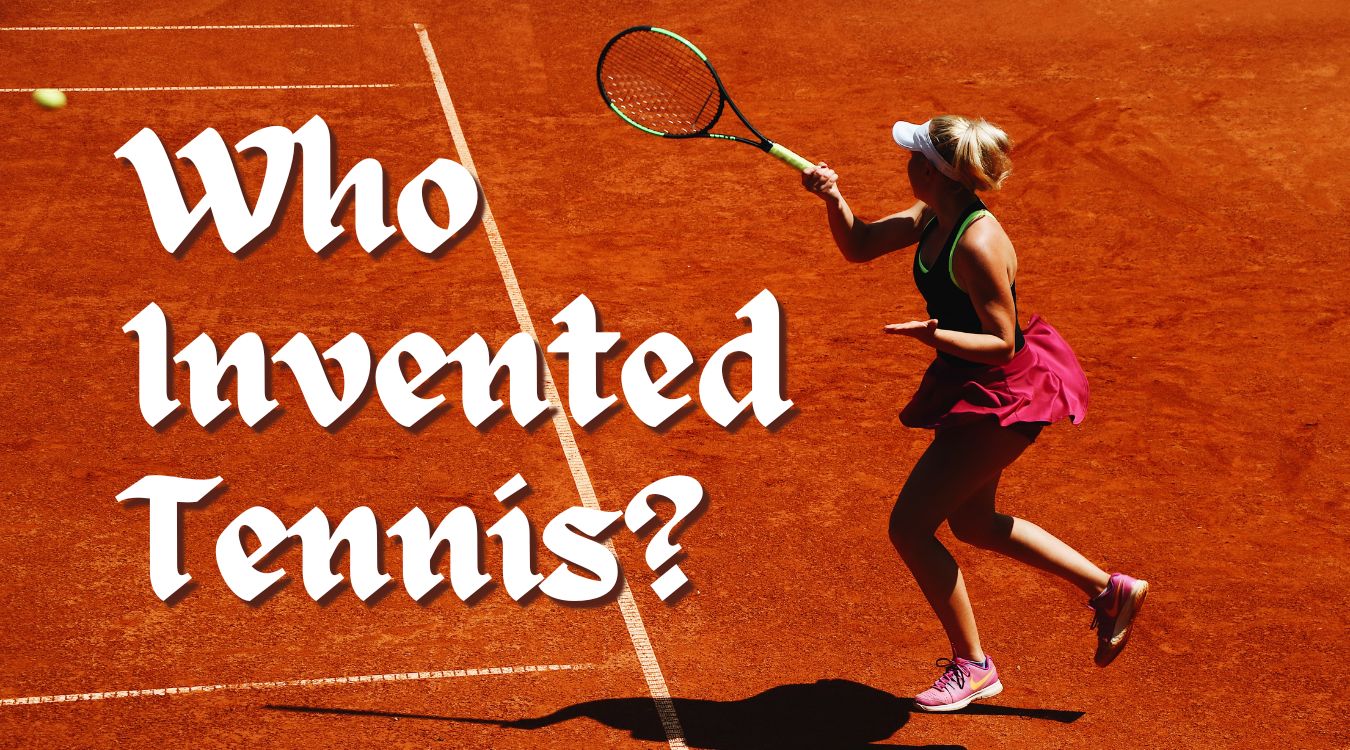 Who invented tennis? The game of tennis originated in France during the 12th century, when monks used their hands to make contact with the ball. As rackets were invented at the beginning of the 16th century, the sport began to spread to other countries, like England. Only then did tennis get its official name.

The Beginnings of Modern Tennis

It all began with monks gathering on a court to play paume (which means “palm”). Instead of using a racquet, players struck the ball with their hands. Eventually, poume evolved into jeu de paume (“game of the palm”), played with racquets. Around 1500, wood frames and gut strings were used to make racquets, and cork and leather balls were used for the balls, and more than 1,800 indoor courts had been created by the time the game spread to England – where Henry VII and Henry VIII were huge fans.

So in short, paume gave birth to tennis, and it was referred to as ‘royal tennis’ and ‘court tennis’ in the beginning.

Although tennis became increasingly popular during Henry VIII’s reign, it was very different from the game as it is today. A ball was hit into a netted opening in the roof of a long, narrow tennis house to play this game indoors only. In the middle, the net was three feet high. The nets were five feet high at each end.

Around the 1700s, popularity of the game had seriously dwindled until vulcanized rubber was invented in 1850, changing everything. Tennis was transformed by the introduction of hard rubber balls, which enabled grass courts to be used for outdoor play.

A Londoner named Major Walter Wingfield coined a game called Sphairistike in 1873 (Greek for “playing ball”). Tennis as we know it today evolved from Wingfield’s hourglass-shaped game, which was played on a court of the same shape. The game created a sensation worldwide, especially in Europe, the United States, and China.

Eventually, the hourglass shape gave way to the rectangle as croquet clubs with acres of manicured lawns took up the game. Wimbledon hosted its first tennis tournament in 1877 in conjunction with the former All England Croquet Club. It set the rules for the game as it continues to be played today-with a few notable differences: only underhand serve was permitted and women were not allowed in the tournament until 1884.

There is no conclusive evidence that tennis scoring, which includes love, 15, 30, 40, deuce, originated in France. Among the theories for the origin of the 60-point system lies the idea that it stems from the number 60, which in medieval numerology carried positive connotations. Afterward, the number was divided into four segments.

Popular explanations of the score are that it was created to correspond with a clock face with quarter-hour scores of 15, 30, 45 (shortened to 40 quarante, not quarante cinq for 45). At the end of 60 minutes, the game was over anyway – until the score reached “deuce.” This may have been influenced by the French deux, or “two,” indicating from that moment on, two points would be required to win.

The Evolution of Tennis Attire

The most noticeable way tennis has changed is in the way it is dressed. Male players wore hats and ties at the end of the nineteenth century, while pioneering women wore street clothes, including corsets and bustles. By the 1890s, there was a strict dress code requiring tennis apparel to be white in color (with the exception of accent trim, which had to adhere to strict guidelines).

In the 20th century, tennis whites continued to be worn. Tennis was originally a sport for the wealthy. The problem with white clothing was that it was quite difficult to wash, making it unsuitable for most working-class people. As modern technology took hold, especially the washing machine, the game became more accessible to middle-class families. As societal rules began to relax throughout the swinging ’60s, colorful clothing began to emerge on tennis courts as a result of lessening rules. Playing tennis in whites is still required at some places, like Wimbledon.

The Invention of Tennis Balls

There is no one credited with the invention of tennis balls since the quality of the balls gradually improved. At one time, tennis balls were made from leather and wool. Charles Goodyear made felt-stitched rubber balls. These rubber balls developed due to the vulcanization of rubber in the 1870s.

The hollowing of rubber balls improved their playability in the future. Modern tennis balls are made using materials with complex chemical compositions, and they are primarily manufactured in Southeast Asia. The latest tennis balls in terms of technology are pressureless tennis balls. This type of ball maintains its bounce without suffering much wear and tear. This type of ball was popularized by Trenton and Penn.

When Did Women First Play Tennis?

Before 1926, women played tennis for years despite not being allowed to become professionals. Wimbledon hosted women as early as 1884.

In 1926, women’s professional tennis was introduced, and some truly outstanding players emerged. A notable example of this was Frenchwoman Suzanne Lenglen. At the height of her career, she dominated the women’s pro circuit during the 1920s and played a lot against Mary K Browne, who was at the time an American champion three times over.

Women’s tennis attracts the same crowds as men’s tennis, as evident by these crowds.

Now you know who invented tennis and everything else about the history of tennis.

We hope that this guide was informative for you. If you have more interesting and relevant information, feel free to share in the comment section below.