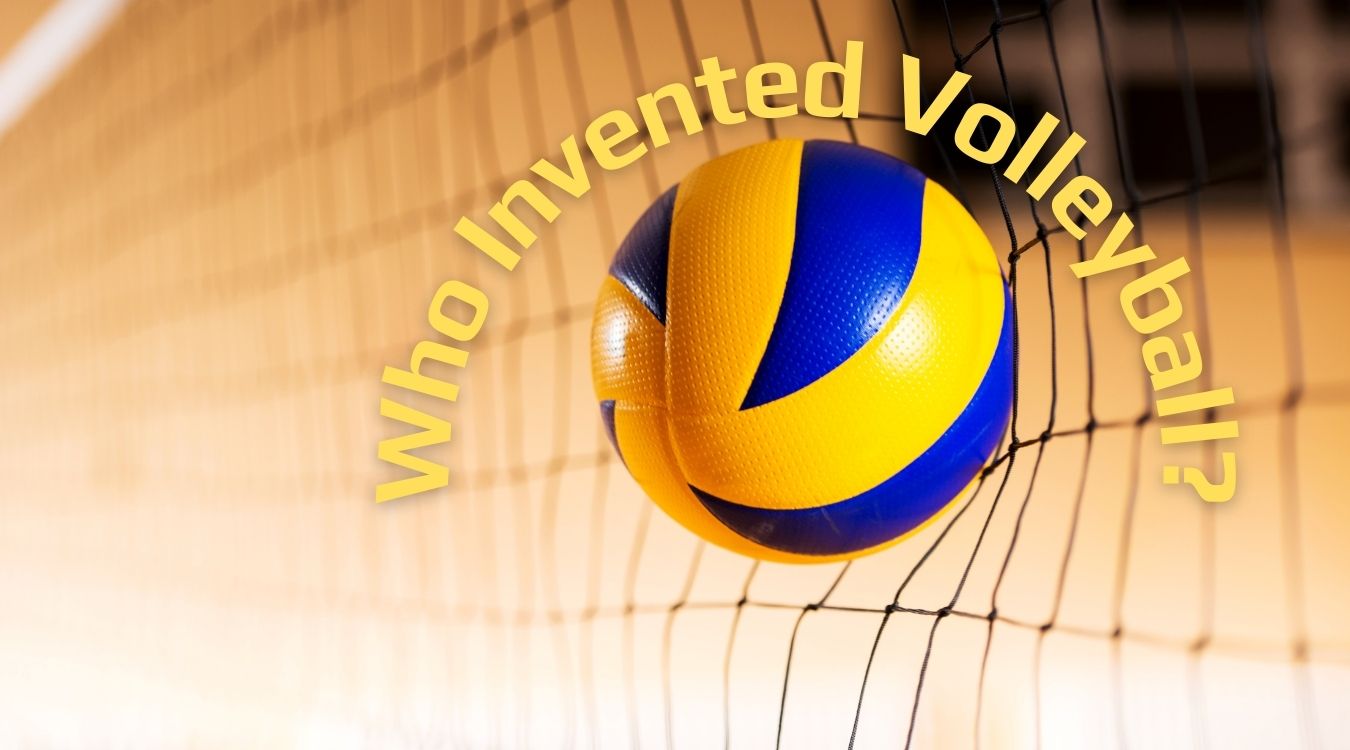 Who invented volleyball? Volleyball was invented by William Morgan in 1895 at a local YMCA (Young Men’s Christian Association) in Holyoke, Massachusetts. He originally named the game Mintonette. The name Volleyball was given to the sport after a demonstration game, in which spectators noticed that the game was quite “volley-like”.

William G was born in New York and attended Springfield College in Massachusetts, where surprisingly, he also met the inventor of basketball!

The Invention of Volleyball

After completing his education, he became the director of physical education at YMCA where he realized that he needed a different competitive recreational game. The invention of basketball-inspired Morgan to come up with a game that would appeal to the older YMCA members. He adapted the German game of Faustball as the basis for his development of volleyball.

In the beginning, volleyball was played with a tennis net raised to six and a half feet off the ground, combining many attributes of baseball, tennis, handball, and basketball. Nine endings per game were played and each side could hit the ball as many times as they liked.

However, as popularity grew, rules changed. 1890 marked the introduction of the first volleyball ball and it is also when the net was raised by one foot. These rules were officially changed years later in 1916.

Another of the most exciting elements of the game emerged in 1916, the spike. Spikes, or overhand attacks, originated in the Philippines and revolutionized offensive play. For offense, the Philippines developed a technique in which a ball is launched on a high trajectory (set); another player then jumps and strikes the ball (spike).

As a result, volleyball tournaments in YMCAs across the country became increasingly popular. In 1947, the Federation for International Volleyball (FIVB) was founded as the world’s governing body for volleyball.

A growing number of people appreciate volleyball as the second most popular sport in the world (behind soccer). With its origins over 110 years ago, it has spread around the world and now has over a billion players. A major reason for volleyball’s popularity is unclear, but one thing is certain: the game has undergone some dramatic changes since its early days. There are changes made in the game for its love and for its popularity.

Evolution of The Sport of Volleyball

It was decided in 1918 to limit the number of players per team to six. This was followed by the back row rule in 1920. In 1922, the double hit rule was introduced, which limited the number of hits per side to three.

Later, it became obvious that tournaments would require a standard set of rules and, in 1928, the USVBA (United States Volleyball Association) was formed.

Referees used the antennae in 1968 to ensure that teams stayed within their zones and were not playing in the air above them.

There has been an AVP (American Volleyball Professionals) since 1983. It wasn’t long after this that the Women’s Professional Volleyball Association (WPVA) was founded.

Volleyball was included in the 1964 Summer Olympic games in Tokyo. Two years later, the U.S. added a men’s national team to its women’s team in 1977.

A service zone was extended in 1994 so that servers could stand behind the end line at any point. A straight line between the sidelines would represent the service zone boundaries.

Liberos were added to international volleyball in 1998. Eventually, it will become a requirement for college students and then for high schools.

Several more rules were amended in 2000. One of these was to eliminate net serves. As long as the ball did not make contact with the net, there would be no fault, it either went over or did not. Furthermore, rally scoring was introduced. Previously, your team would only receive points for wins if they were the ones who served. When other teams served, your team would simply gain possession of the point.

What Countries Is Volleyball Played In?

There are 195 countries where volleyball is played! The top volleyball-playing countries include Brazil, Russia, Poland, Italy, Germany, France and USA. However, it is quite safe to say that the sport is played on smaller levels in almost every country of the world today.

Where Are The Best Volleyball Teams In The World

According to the FIVB, the best teams in the world are the USA, Brazil, Poland, Russia, and France. Each of these teams has been dominant for quite some time and is a volleyball powerhouse around the globe. Players from each of these countries are among the best in the world.

Is Volleyball The National Game In Any Country?

Volleyball is Sri Lanka’s national sport. Brazilians, Chinese, Cubans, Estonians, Papua New Guineans, Romanians, and Turkish players consider it one of their top games. Around the world, there are estimated to be 900 million to 1 billion volleyball players. With that many people playing volleyball around the world, it’s easily among the top 10 most played sports, sometimes even ranking second to football (also known as soccer), the world’s favorite.

You now know Morgan invented volleyball, who was the physical education director at YMCA.