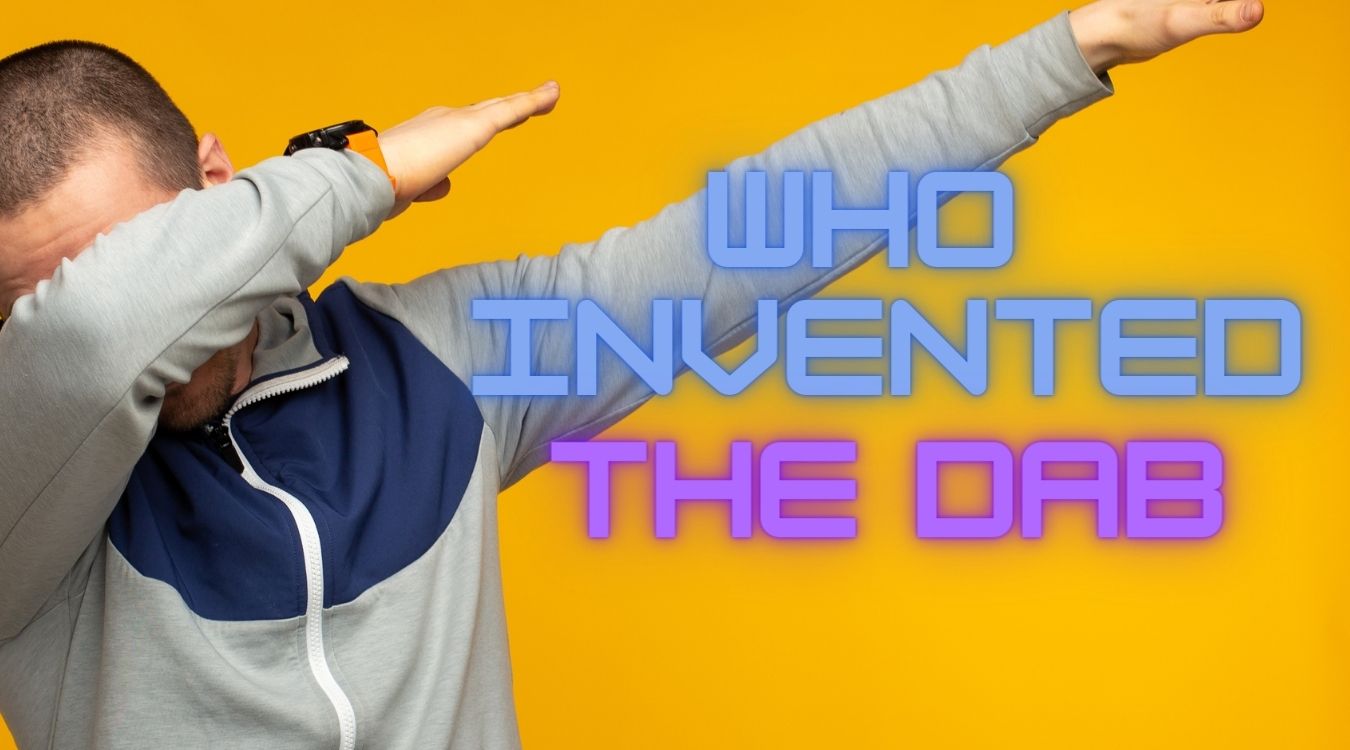 Ever wondered who invented the dab? What is dabbing? The dab, or the dab as it is sometimes known, is a move that has gained popularity in the past year and involves crossing your arms over your chest in a salute-like position.

You reach your arm out in front of your chest, then bend it at the elbow, pushing your hand back up by the ear to create an elongated V shape. As part of the same gesture, your other arm extends outward in a straight line. Traditionally, both arms are in place at this point, and the head descends down in a bow motion while remaining straight – it’s the same pose you will make when sneezing into your elbow!

But who invented this iconic move that everyone was going crazy about in 2016? Let’s have a look!

The trend is believed to have been originated from the Georgia rap scene and hip hop scene in Atlanta. The rap group Migos and a few other hip hop scene artists who collaborate on their songs started it. Cam Newton quickly picked up the dance move by featuring it in his mixtapes and music videos, just as artists popularized the Nae Nae move.

There is however some disagreement among several Atlanta hip hop artists and collectives regarding who invents this dance move. Some say it was Skippa Da Flippa, while some want to give the credit to Rich The Kid and Metro Boomin. Cool names – is all that we have to say!

What does dabbing mean?

Despite the fact that dabbing appears to be just a cute dance move, there is actually a deeper and darker meaning behind it.

Dab slang is also a term for smoking butane hash oil in order to extract 90 percent of the drug’s active ingredient, THC. There are some who say the dab dance move represents sneezing, something that often happens when people take a lot of cannabis. Yikes!

If you did not jump on the dab dance bandwagon a few years back when it became mainstream popular and do not know how to do it properly, follow the steps listed below!

Dabbing in the modern day

Due to YouTubers like Jake Paul and the inclusion of the dance as a taunt in Fortnite, the dance has gained its own identity. Dancing is no longer just for fun; it is a way to celebrate cool things. In both cases, kids are doing it to impress their friends, while adults are doing it to demonstrate their knowledge of young person culture (mostly ironically). Perhaps it will end up being relegated to history like the bottle flip but in a different way.

Who invented the DAB dance?

Jeremy Hill introduced the move, but Cam Newton sparked the craze, so if you would like to give credit where credit is due, it goes to Newton. Later, Jeremy Hill & the professional football players adopted it in the National Football League and the rest is history.

Fun fact – Even Lebron James from the Los Angeles lakers tried it!

Why is it called dabbing?

A dance move known as ‘dabbing’ has its origins in the Atlanta, Georgia rap scene. The term dab, dab dance or dabbin’, refers also to a dance move believed to originate in Atlanta, Georgia’s rap scene, as well as a term that refers to someone who is confident.

The move is attributed to Atlanta rapper Skippa Da Flippa, according to most evidence. The rap group Migos and the artist were at odds over who invented it for a while, but since that time they have given the artist credit.

Surprisingly enough, what sounded quite cool just a few years back feels a bit cringy now. Dabbing is probably the easiest dance move out there but is gradually getting outdated from its time at the top as a nationwide dance craze. If you are looking for a cool move that everyone has been loving recently, check out the Electro Shuffle.

Now you know who invented the nationwide dance craze, aka dab dance.

We tried to cover all the relevant information in this guide, and hope that it proved to be informative for you. If you have any dab dance related information that you think might benefit the readers of this article, feel free to let us know. Now feel free to check out our full list of invention information here.

Who Invented The Atomic Battery?