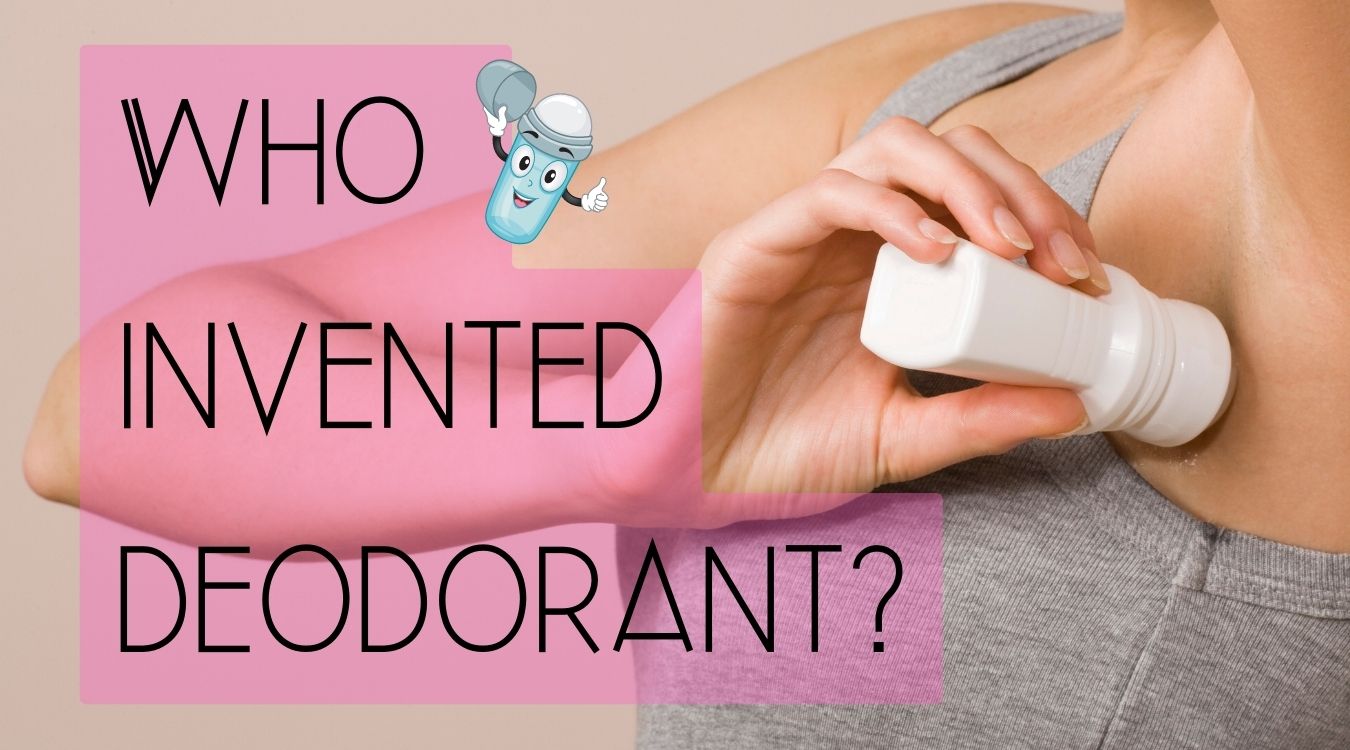 Ever wondered who invented deodorant? For many modern individuals, it can be hard to imagine a world without deodorants and antiperspirants. After all, using these products is as much a part of one’s daily personal hygiene as brushing one’s teeth or taking a shower. With global warming becoming an ever-increasing concern, using deodorants and antiperspirants can minimize, if not eliminate, body odor caused by bacteria, as well as prevent excessive sweating.

That said, one might be surprised to discover that commercial deodorant can be considered a fairly new invention given that it’s only been around in the late 1800s. The first commercial antiperspirant came a few years later, and one brand wasn’t even used for the underarms at first.

So who invented deodorant and when was it invented? How and why did it become a necessity? This article dives into the brief history of deodorants and antiperspirants, and how they’ve evolved into the modern formulation we know today.

What Was It Like Before the Invention of Deodorant?

Believe it or not, people have been combating body odor even during ancient times. In fact, older civilizations like ancient Egypt and Greece were big on personal hygiene. Wealthy Egyptians and Greeks took scented baths and applied fragrant oils, perfumes, and even wax to cover the natural odor caused by sweat and bacteria. Ancient Egyptians even went as far as to trim the hair within the underarm area, while some women even placed perfumed fat on their heads, which emitted a pleasing scent as it melted throughout the day.

In Asia, people used — and still use — mineral salts, which can prevent bacterial growth and unpleasant smells. It’s interesting to note that the modern formulation for most natural deodorant brands is primarily derived from these mineral salts.

Even people in 14th century England used to be fond of going to bathhouses — at least until the medieval church warned of the dangers of being naked. It was around this time when people seemed to have stopped bathing out of fear that they were committing a sin. Eventually, people simply got used to the acrid smell of sweat and body odor. It was a practice that continued well into the 19th century.

When Was Deodorant Invented?

Fortunately, in the late 1800s, the first commercial deodorant was made. The newly invented Mum deodorant was trademarked in 1888 and this new patent addressed body odor with a waxy cream packaged in a metal tin. While Mum gained popularity as a product, many people didn’t really like how it had no deodorant applicator so they had to use their fingertips.

Following the invention of Mum came antiperspirants. These held the same principle as deodorants, but antiperspirants specifically protected against both sweat and body odor. The first commercial antiperspirant was called Everdry, which was launched in 1903. However, its excessive acidity ate through the fabric and even left yellowish stains.

Unfortunately, the inventors of both Mum and Everdry seem to be lost to history. While one might say that the ancient Greeks and Egyptians appeared to be on the right track, they were closer to the idea of perfume than deodorants.

However, what is certain is that six years after Everdry was launched, another antiperspirant was developed, though it wasn’t primarily for use in the underarm area. In 1909, a Cincinnati physician named Dr. Abraham D. Murphey created a liquid antiperspirant to block pores and sweat glands on his hands so they can stay dry during surgery. His daughter Edna, a high school student, had been trying to promote this antiperspirant formulation, but to no avail.

It was only when she used this liquid antiperspirant on her armpits that she discovered that it didn’t only minimize sweating, but also reduced the unpleasant smell. With this knowledge, she decided to start a company and sell Odorono (Odor, oh no!).

Like many entrepreneurial beginnings, Odorono hadn’t gained popularity at first. However, with some help from James Young, a copywriter from a New York ad agency, the company began marketing Odorono as a product that every woman needed to avoid the social embarrassment caused by sweat and body odor. Young’s marketing tactic preyed mostly on women’s insecurities, citing that nobody discussed body odor out in the open, but talked about those who had it in private.

While many women seemed to have been offended by what Young wrote, Odorono subsequently sold $417,000 worth of antiperspirants within a year, shipping as far as England and Cuba. Odorono became extremely popular that it was eventually marketed to male users as well. Advertisements not just from Odorono but other antiperspirant and deodorant brands encouraged women to “stop letting your men be smelly.”

How Did Deodorants Evolve?

Following the development of the roll-on deodorant in the 1950s were aerosol deodorants, also known as aerosol deodorant spray, and stick deodorants. Aerosol deodorants, in particular, were extremely popular that they garnered 80% of all deodorant sales. However, its active ingredient contains aluminum zirconium chemicals and chlorofluorocarbon propellants (CFC), which caused health and safety concerns, as well as damaged the ozone layer.

By 1977, the FDA banned aluminum zirconium while the EPA discouraged the use of CFC. It is interesting to note that Odorono also received flak from the Journal of American Medical Association, citing that the aluminum chloride it contained was dangerous and could cause excessive irritation.

Nowadays, an underarm deodorant based on natural ingredients serves as an alternative choice for those who want to stay away from chemicals. Natural deodorant is one of the best selling beauty and healthcare items you can find with stick antiperspirants being a top-performing cateogory. In recent years, there have been studies theorizing that aluminum zirconium chemicals or aluminum chloride are linked to breast cancer. However, nothing conclusive has been found to link antiperspirants and deodorants to an increased risk of getting breast cancer.

Why Was Deodorant Invented?

As mentioned, deodorant was invented primarily to minimize the unpleasant bodily smell caused by bacteria growth and sweat. Antiperspirants, on the other hand, were made to block pores to prevent sweating.

Thanks to technological and medical advancements, many products can now act as both antiperspirants and deodorants. While the specific identities of the inventors of the first deodorant and first antiperspirant have been lost, they would have likely been surprised to discover that their innovations have become a multibillion-dollar industry.

Deodorants and antiperspirants are common items in one’s daily routine, but who would have known they had such a fascinating history? It really is an invention worth talking about!

If one really thinks about it, the evolution of underarm deodorant has come full circle: from the perfumed baths of the ancient Egyptians and Greeks, deodorants, alongside the first antiperspirant, of the modern age are beginning to return to their original roots with products that are created with natural ingredients to become a natural deodorant. With this, the future looks bright and scent-sational.

Who Invented The Pacemaker?

Who Invented The Dab?