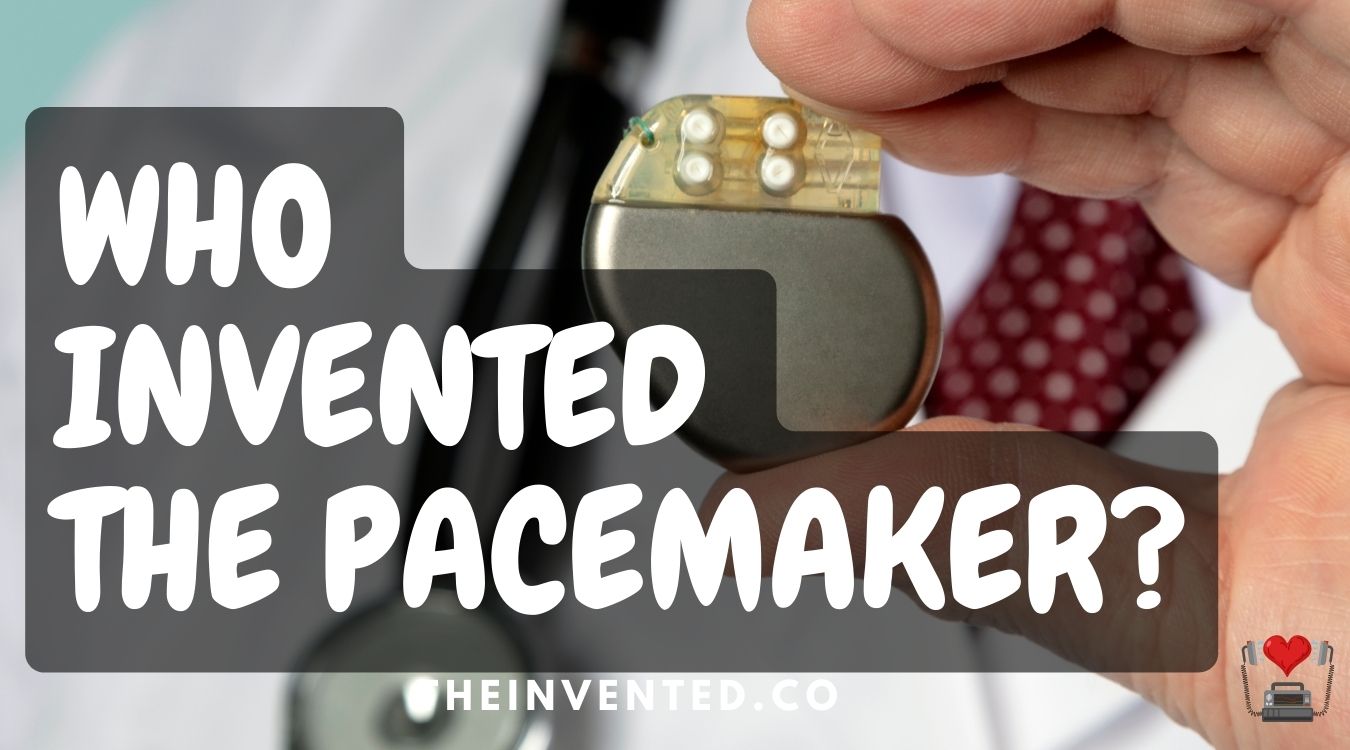 Ever wondered who invented the pacemaker? A pacemaker, also known as a cardiac pacemaker, is a small device that provides electrical impulses to the heart muscle to keep the heart rate and rhythm in a healthy range.

It is a device that is implanted or placed in the chest to assist in the control of the heartbeat to avoid cardiac contraction and cardiac rhythm abnormalities. It is a fully implantable pacemaker pacing device that can save a person’s life from certain heart conditions, it is considered to be one of the most significant cardiac rhythm management devices and is helpful in cardiac resynchronization therapy as of today.

Pacemaker implantation requires a surgical procedure. Implanted pacemakers are life-saving and important clinical cardiac pacing and medical devices for persons with certain heart problems, which are one of the major causes of mortality globally in 2019. According to other statistics conducted by Statista, the cardiac disease claimed the lives of 8.89 million people in 2019, making heart disease the leading cause of death worldwide.

We all know how important a cardiac pacemaker is, but do you know who invented the pacemaker? Did you know how it begin and how did it become so important today? This article will go over all the details about pacemaker, including pacemaker function, as well as the history of pacemakers and how it was discovered.

History of Cardiac Pacemaker: Who Invented the Pacemaker and When?

The first permanent pacemaker and the first pacemaker implantation has taken part in driving numerous advances and development in cardiac science and medicine, making it a significant story to remember.

The early use of meta-analyses, the first cooperative of bioengineering, and the conceptualization of monitoring the heart, which is now a cornerstone in the care of a patient within hospitals and has all been part of the discovery and invention of the cardiac pacemaker. It leads to many effective methods such as atrial fibrillation, implantable cardioverter defibrillators, ventricular pacing, magnetic resonance imaging, and electromagnetic interference.

However, several news stories and articles are circulating claiming to know who really invented the permanent pacemaker. Well, let’s trace back to the earlier years where it all started.

First Discovery of the External Pacemaker in Canada

In the 1940s, John Hopps, a Canadian electrical engineer researched the use of radiofrequency for the purpose of trying to reheat beer. In 1949, a significant project at the Banting Institute in Toronto required his engineering expertise. Wilfred Bigelow, a cardiac surgeon, and John Callaghan, a research fellow at the Banting Institute, were employing hypothermia to slow the heart down of a patient just enough to allow open-heart surgery.

The heart became motionless when chilled below a particular temperature due to a shortfall of cardiac depolarization. Within the procedure, John Hopps happened to notice that an electrical impulse caused the heart to contract and that repeating stimuli, which is known as temporary pacing, allowed this to happen over time.

Hopps continued to create a number of tests to refine this procedure for pacemaker-induced cardiac stimulation. Hopps discovered that if the heart stopped beating due to a loss in temperature, it could be artificially restarted by applying mechanical or electrical stimulation.

This research led to the creation of the first cardiac defibrillation machine, which Hopps used to restart the heart of a dog in 1949. Hopps designed the first permanent pacemaker device in 1950, but it was too bulky to be utilized within the body.

The Invention of the Pacemaker in the United States

How was the pacemaker accidentally invented?

After listening to the device’s pulse, which sounded identical to that of a healthy heart, the engineer discovered that this cardiac device may help an unhealthy heart stay in rhythm by providing pulses to help the heart muscles pump and contract blood. In a short period of time, the cardiac rhythm recorder was transformed into a cardiac pacemaker and was perfected with a few modifications and further development.

Until today, it became one of the most essential implanted cardiac devices in the world.

It was Dr Wilson Greatbatch who perfected the first implantable pacemaker, making Greatbatch one of the most important inventors of the 20th century. In 1956, the early pacemakers were previously huge and required main power to operate, as pacemaker battery technology had not yet advanced to the point where implantation was possible.

Dr Wilson Greatbatch managed to miniaturize and package the device over the next two years, resulting in a successful demonstration of the technology in a dog in May 1958.

Greatbatch’s pacemaker was implanted in a 77-year-old man experiencing heart problems and complete heart block in 1960. With the permanent implantable pacemaker, he lived for ten months. The implantation of a pacemaker was performed in nine more patients that year, with several of them living for more than 20 years afterwards.

The implanted pacemaker designed by Greatbatch was the first to be commercially produced. In 1996, Dr Wilson Greatbatch received the Lemelson-MIT Lifetime Achievement Award because of the discovery and success of the pacemaker. In 1990, President George H.W. Bush also awarded him the National Medal of Technology.

Today, the pacemaker is also known as a cardiac multisite pacing mode device, and millions of individuals use various types of cardiac permanent pacemakers and are grateful for the invention, especially those who experience heart failure symptoms, congestive heart failure, chronic heart failure, ventricular fibrillation, and other cardiac problems.

Types of an Implantable Pacemaker

With our current high technology and reliable pacemaker manufacturers, there are now several types of implantable cardiac pacemakers available for patients depending on their heart disease condition.

The available pacemaker can cover every heart condition of the patient. It offers the treatment of many heart problems and symptoms such as sinus node dysfunction.

There are two parts to modern pacemakers:

Here are the different types of an implantable pacemakers:

·        Single chamber pacemaker: Consist of pacing electrodes that send electrical signals to the right ventricle of the human heart.

·        Dual-chamber pacemakers: Sends electrical signals to the right ventricle and right atrium of the human heart.

·        Biventricular pacemaker: Knowns as multisite biventricular pacing leads. It consists of ventricular leads that send electrical signals to the right atrium, right ventricle, and coronary sinus in the left ventricle, assisting in the synchronization of the two sides of the human heart.

Prior to the pacemaker procedure, the surgeon gives the pacemaker patients precise instructions and discusses potential dangers such as bleeding, infection, or an unpleasant reaction to anesthesia.

1.     A transvenous method is used to implant most wired, chambered pacemakers. The cables and electrodes are passed through your veins and into your heart in this way. Typically, veins in the neck, chest, or thigh are used.

2.     The epicardial approach is a less prevalent type of pacemaker implantation. The electrodes are placed to the surface of the heart rather than inside the heart in this case. It necessitates the use of general anesthesia.

The following are some examples of when epicardial positioning is used: