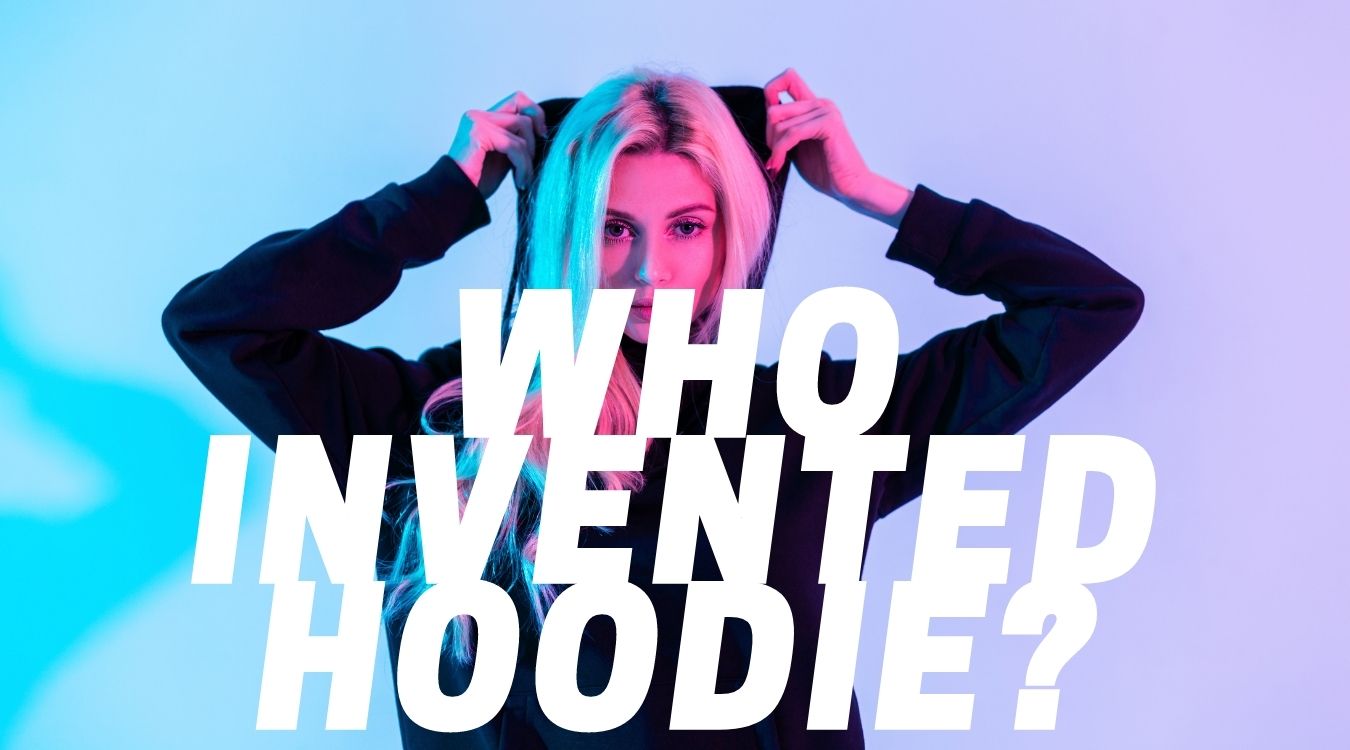 Who invented the hoodie? Hoodies are one of the most favorite items of clothing these days since they are extremely comfortable and versatile. They can be worn both outside and inside the comfort of your home, which makes them lovable by all genders and people of all age groups.

Let’s find out who invented hoodies and how long they have been around!

Hoods are derived from the Anglo-Saxon word “höd,” which shares the same roots as the word “hat.”

While hoodies might look like something that was introduced just a few decades ago, they have been around since Medieval Europe or even earlier. In early times, it is known that people used tunics and capes with hoods. A short cape (or “capa”) is believed to have been imported to England during the Norman Conquest because they were particularly prevalent in Normandy.

In 1919, Champion Products (founded in 1919 as Knickerbocker Knitting Company) produced the first sweatshirt. However, the sweatshirt didn’t become widely available until the 1930s. The hood was later added in 1934, since it offered better protection against the elements for laborers and athletes.

Football players needed a way to wear comfortable wool jerseys, and cold-weather employees needed a warmer alternative to long underwear. Sweatshirts solved both problems. Probably right after high school and university athletes started giving their girlfriends hoodies as gifts, the hoodie became mainstream. The popularity of sweatshirts continued to grow steadily over the next several decades.

In the mid-Seventies, the hoodie underwent a significant change, as well as becoming a cultural icon. From 1974 – to 1976, New York City was a thriving hub of emerging street cultures. Several graffiti artists and DJs promoting the hip hop culture made hoodies popular, and as a result, hoodies became mainstream.

Skateboarding is another subculture that influenced the way men wore a hooded sweatshirt and how they looked at it. Skateboarding was reinvented during this period, and the sport began to change beyond just rolling along sidewalks. In addition to the new moves, the skateboarders added hoodies to their latest styles.

As well to the 1976 release of the now-classic film Rocky, the hoodie also had a significant cultural impact on American society. The Gray hoodie worn by Sylvester Stallone has become a symbol of hard work.

The hoodie was first introduced to high fashion in the 80s by Norma Kamali, who created her Sweatshirt Collection. As a result, the fashion industry has changed its perception of what everyday fabrics and garments can look like in high-end designs.

As early as the 2000s, hoodies were part of American culture. There was no going back for this item of clothing. At this point, it was a wardrobe staple no matter where you were, from high fashion to skate culture, from high school to adults’ closets.

Nevertheless, the year 2012 brought a new meaning to the hoodie.

A jacket is an outerwear item worn over clothes to protect you from the weather. Leather, leatherette, nylon, and other materials are often used to make jackets. This makes them ideal for keeping you warm in cold weather.

Generally, a hooded sweatshirt is casual, often baggy, and made from cotton, wool, or synthetic materials (check out how to wash a hoodie). Alternatively, it can be worn as a cover layer, underneath a jacket or coat, or without a t-shirt underneath. You can wear it both inside or outside, and even use it as sportswear.

We should consider many factors when determining whether to wear a jacket or a hoodie.

Why Choose a Jacket?

The jacket is a wonderful choice for cold or windy weather. The materials used in making jackets, such as leather, and nylon, keep them warm. They are filled with wool, cotton, or synthetic fibers, which makes them even comfier. The sleeves are long and zippered so they can be put on and taken off easily. You can wear them casually or sportily. There are long and short ones, and jackets come in different thicknesses depending on the season.

A jacket is useful when you’re going outside and don’t know what the weather is going to be like. In addition, you’ll need one if you’re dressing in multiple layers, so it should be easy to put on and take off.

Why Choose a Hoodie?

Hoodies are different from the itchy wool jerseys and were typically cotton practice jerseys initially. However, now they are constructed from woven cotton fabric, wool fleece, or some synthetic knit material. They can make you look younger since they are usually played by youngsters.

The hoodie, because of its comfort, versatility, and ability to adjust to all kinds of weather, has become so popular over the years. It can be worn in a multitude of ways, so it is a great choice.

If you want a piece of clothing that is comfortable, that can keep you warm and has a style that can make you look younger, choose a hoodie.

Why are hoodies popular?

These days, hooded sweatshirts (especially the classic crew neck sweatshirt developed by Russell Athletic mills) are becoming increasingly popular due to their versatility and ability to be worn in different ways. Furthermore, they are fashionable and offer warmth in the cooler months. Colors and styles abound in hoodies, creating an eye-catching look instantly.

Who was the first person to make a hoodie?

Champion began making sweatshirts in 1930 when it sewed the first hooded sweatshirt to keep workers in upstate New York warm. This happened after it came up with the method to sew thicker underwear material. As a result, Champion and Russell Athletic also provided military units in the United States and England with sportswear, including hoodies for training sessions and leisure use.

And that is all about the origin and history of the hoodie!

We hope that this guide proved to be informative for you. What we love the most about this item of clothing is that everyone, from a youngster to an older person can wear hoodies and look cool. You don’t have to stop wearing hoodies at any age!

Who Invented The Zipper?