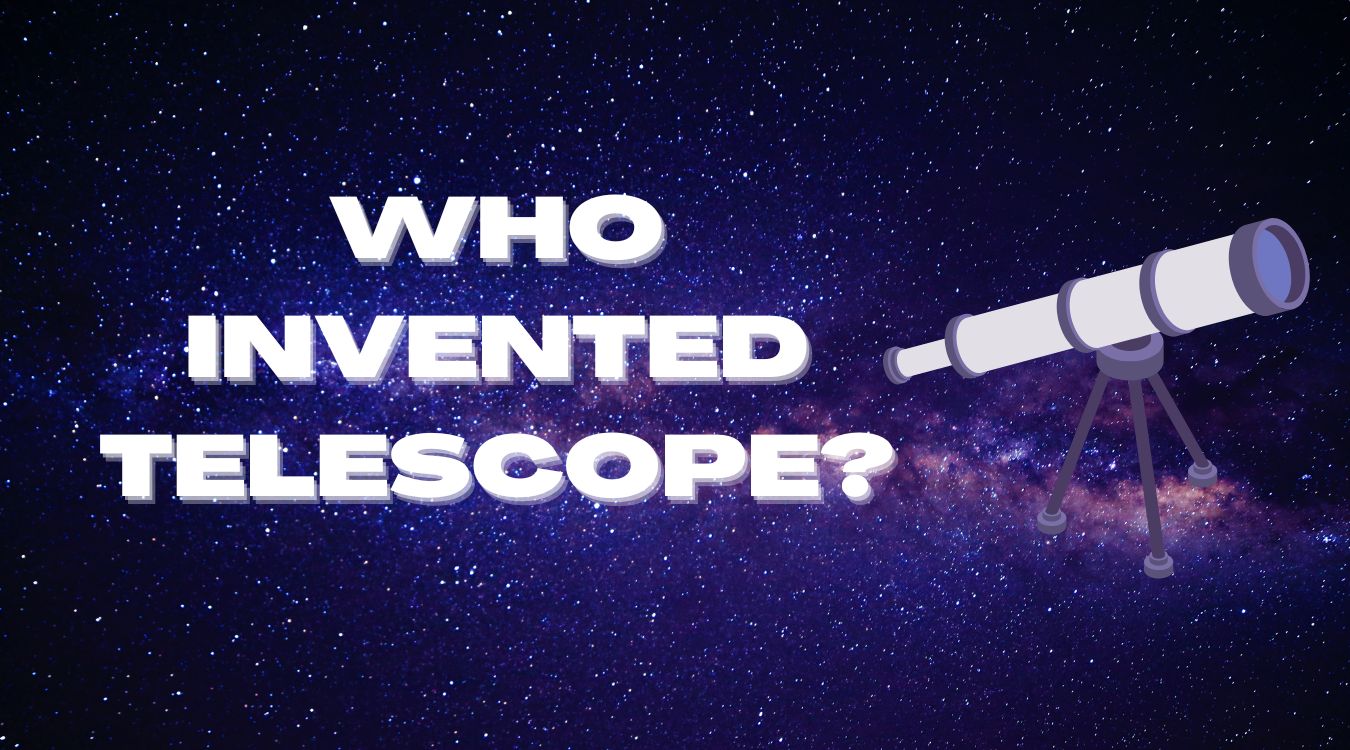 Who invented the telescope? The very first telescopes were created by makers of eyeglasses and lenses during the 1400s. However, these glasses had weak, dull, and cumbersome lenses and consequently, they were not suitable for astronomical observation due to less magnifying power.

The ability of lens makers to cut and polish glasses improved considerably towards the end of the 1500s and into the early 1600s. It was during this time that Hans Lippershey devised his groundbreaking invention.

As Lippershey was working in his shop one day in 1608, he noticed that two boys were playing with some of the lenses. The story goes that the boys combined two lenses and made a distant weathervane appear larger when they put them together. This sparked curiosity in Lippershey and led him to experiment with different lenses until he came up with the concave eyepiece combined with the convex objective lens.

According to Lippershey, he put a mask on his telescope that allowed only a small amount of light into it. As he reduced the amount of light and focused it, the images became clear but were dim at first. He was the first to do this, thus receiving credit for being the person who pushed the development of the telescope forward.

Zacharias Janssen of the Netherlands claimed to have discovered the first modern telescope sometime later. The claims he made were never verified, but he managed to make his mark on history.

During the Dutch Golden Age, three inventors contacted the Dutch government and asked for permission to patent their designs for Telescopes. Jacob Metius was a Dutch spectacle manufacturer from Alkmaar who was one of the three.

You have probably come across references to Galileo in previous research about telescopes a number of times.

Galileo made his own telescope after hearing about Lipperhey’s discovery in the Netherlands and became famous for it. He made the following telescopic observations:

Galileo’s drawings are more cartographic than Harriot’s, indicating the difference between light and shade just as a map of the Earth would depict water and land.

The early telescopes resembled each other. As early as the 1800s, telescopes were made of long tubes with cylinder sections. Tubes could be made from tin, lead, cardboard, or wood attached to each other by wire, cloth, or leather ties or glue. The tubes contained polished lenses and mirrors that were used to magnify images and reflect light.

In the 1600s, Galileo’s telescope, and others built at the time, had serious technical problems. Telescopes in the early years were particularly small and had a limited field of view. It was virtually impossible to see far-off objects.

The eyepiece in early telescopes moved out of sight or out of focus, so images appearing in the telescope could move out of sight. Due to their smaller sizes, the telescopes were also less able to bring colors into focus or align with each other.

Who Invented the Word Telescope?

In the early 1600s, the Italian word telescope appeared, which was the root of the word telescope. The first mention of a telescope was made by Federico Cesi in a letter to Galileo in August 1611. From the letters of Galileo, we can see he used the term after Cesi. In 1650, the English word telescope was first used and remains in use even today.

How Did Telescope Change the World Of Science?

Telescopes, whether radio telescopes or infrared telescopes have allowed us to gain a deeper understanding of the universe, allowing science to advance. Thanks to the telescope, the Sun was regarded as the center of the Solar System.

A telescope’s increasing power allows us to gain a clearer understanding of planetary movements. Galileo Galilei actually observed Jupiter’s moons for the first time, registering them as satellites through his telescope. It was the first instance of a satellite orbiting another object in space.

Through the use of telescopes, we have not only been able to see deep into space, but we have also been able to look down at our own planet. Heat waves, x-rays, and radio waves can all be detected by modern telescopes. In addition to showing how our planet interacts with others, telescopes provide an explanation of gravity and physics.

We have recently been able to study galaxies with similar planetary systems to our own with telescopes. A number of scientists are currently studying planets related to our own in terms of size and composition using telescopes. Planets in habitable zones, which have conditions conducive to life, maybe pinpointed by us. NASA recently launched the James Webb Space Telescope, which is the successor of Hubble and hopefully will open doors to many jaw-dropping space discoveries.

So the next time you see a mesmerizing image of the stars uploaded by NASA, you can thank Hans Lippershey and of course, Galileo Galilei for it!

Now you know who invented the telescope – Hans Lippershey!

We hope you found this guide helpful. If you have more relevant information that you think might benefit our readers, feel free to share it in the comment section below!

Who Invented The Dishwasher?